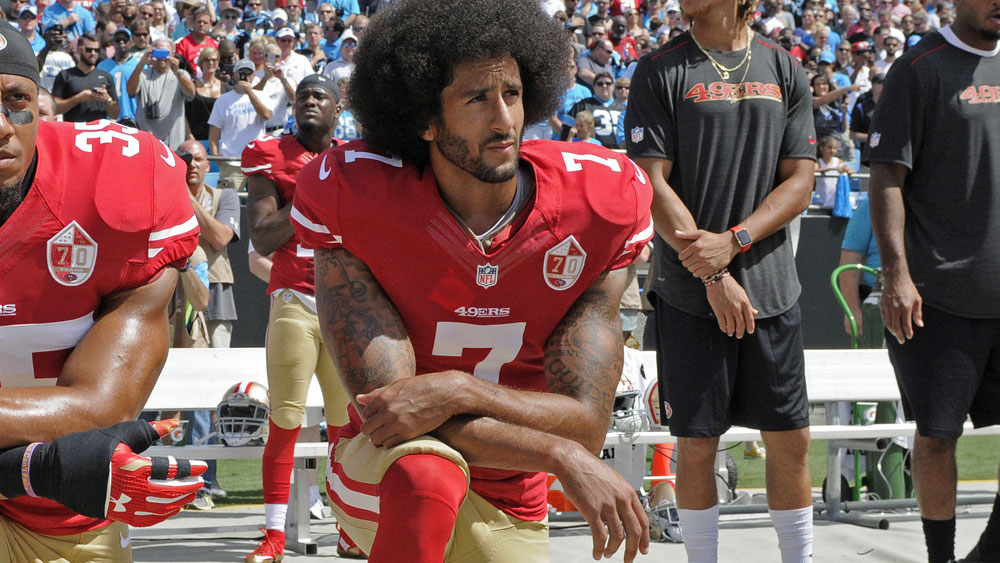 Nike selects Kaepernick as face of ‘Just Do It’ ad campaign

Nike has selected the former controversial 49ers quarterback, Colin Kaepernick, as the new face of the athletic wear company’s ‘Just Do It’ campaign, which is celebrating 30 years.

“Believe in something even if it means sacrificing everything,” he tweeted Monday afternoon, September 3. 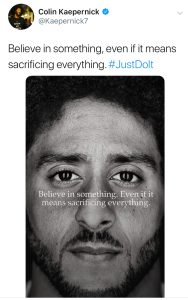 According to Fox Business News, the Swoosh will be releasing a new signature shoe, apparel and making contributions and donations to Kaepernick’s Know Your Rights Foundation.

Kaepernick stirred controversy when he began kneeling during the national anthem beginning in 2016 before NFL games to protect racial injustice against the African-American community.

Kaepernick, who has not played on an NFL since the 2016 season, has been with Nike since 2011.