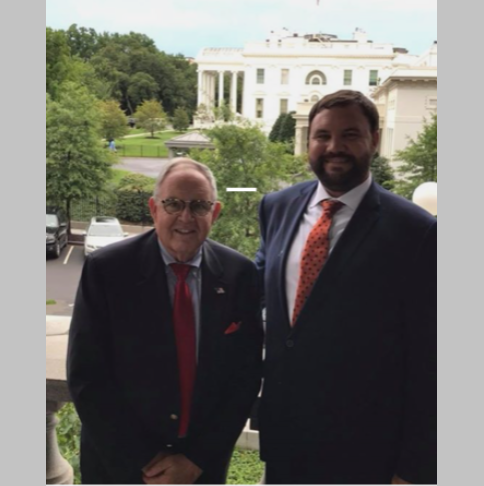 WASHINGTON, DC – Our civics books tell us that the founders envisioned a system of federalism in which a high level of cooperation between the federal, the state and the local would occur.  Time and tenures have seemingly taken us further from those intentions.  The nation has grown exponentially since 1787 and with it the apparatus of federal government has become large enough that coordination becomes difficult. 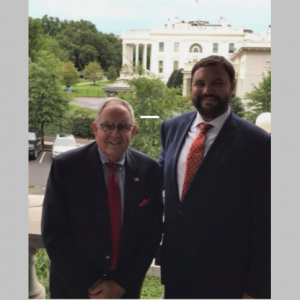 The White House’s Office of Intergovernmental Affairs was created to remedy just such difficulties.  As an organization it is meant to foster the sort of relationships, between the state, local and federal, that would leave each end more effective in providing value to the citizens.

Most of the invitees to the conference were mayors and county commissioners from Alabama and Louisiana.  Trussville, however, was represented at the conference by one of our very own city councilmen, Jef Freeman.

Mr. Freeman experienced a number of emotions during his time in Washington, DC.  He was honored to have been chosen, excited to part of such important events, and awed by the history and grandeur of the White House.

As Freeman said on his Facebook account, “I was honored to be included in a group of local leaders invited to a conference held in the White House complex last Thursday. My son, Joe, who worked in the Trump campaign organization, was also on the trip. Speakers included Kellyanne Conway, Advisor to the President, Attorney General Jeff Sessions, Ryan Zinke, Secretary of the Interior and other on a host of topics impacting our lives daily. It was a group of less than 100 so each presenter took time to answer a few questions. Came back with a great list of contacts that I can use to help make Trussville an even better place to live, work and play. Proud of our past but focused on the future”

More than being a once in the lifetime opportunity the real driver behind the conference was the serious business of establishing a hotline between the Federal Government and local government.  As Freeman explained, “We came away with an important index card of contacts” Freeman continued, “It should be very helpful, for my job as a city councilman to get done what Trussville might need to get done”.  Freeman also said, “… as a city councilman it is an important thing to me and is to everybody in Trussville,” and that, “the contact list is of a great value,”

High on the Office of Intergovernmental Affair’s priority is tackling the opioid crisis, which has hit Alabama hard.  In fact, Kelly Ann Conway spent much of her time, when she spoke at the conference, addressing the issue and what the administration is doing to tackle the crisis.  Freeman came away from meeting secure in the belief that solving the issue is of the utmost importance to the White House.  As Freeman said, “It is nice to know it is high up on the agenda of the federal government.”