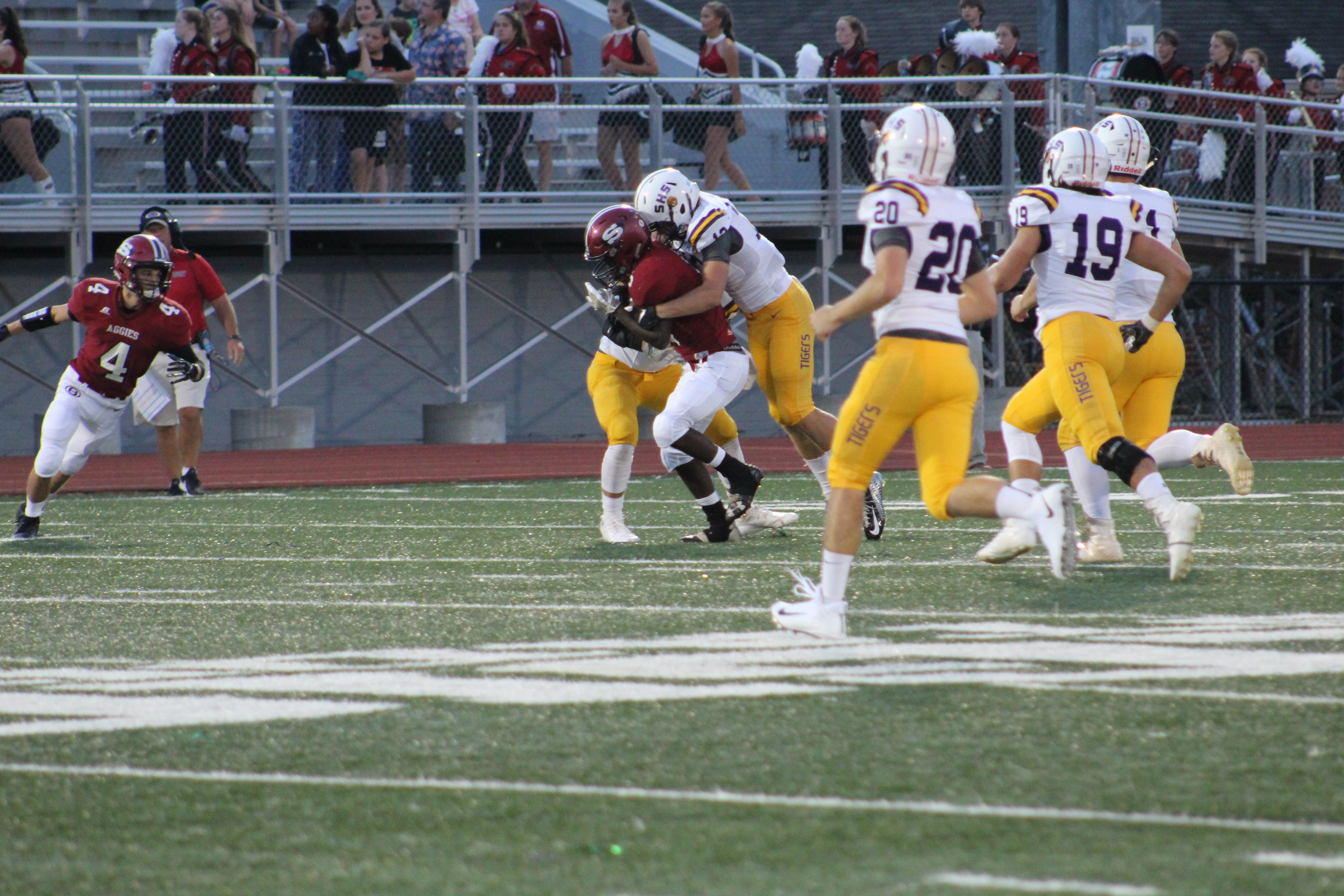 Sylacauga controlled much of the first half with big plays on the ground. Ridgeway opened the scoring on a 53-yard touchdown run off right tackle.

Springville got on the board late in the first quarter on a 17-yard field goal from Hunter Ambrose.

Ridgeway added a 73-yard touchdown run, point after missed, to bring the score to 20-3 Sylacauga after the first quarter.

Springville quarterback Austin Hutcheson led a 15 play drive, capped off by a 4-yard touchdown pass to Bradlee Cole to bring the score 20-10. Hutcheson finished the night on 8-23 passing for 57 yards and one touchdown. Cole had 90 yards on the ground for the Tigers.

Not to be outdone, Ridgeway scored his fourth touchdown on the next Aggie possession from five yards out. Sylacauga quarterback Davlon Keith got in on the action completing a 10-yard touchdown pass to Ridgeway just before halftime, giving Ridgeway five scores in the first half.

Ridgeway finished his impactful night on an 8-yard touchdown run early in the third quarter to complete his six touchdown effort.

The Tiger offense found it difficult to move the ball in the second half, amounting only three first downs.

“We need to find a way to get it into a different gear,” Graben said. “It starts with me and we plan to address our effort level.”

Pearson Baldwin and Braden Hughes had six and seven tackles on the night respectively to lead the Tiger defense.

Springville (1-2) will host Central of Clay Country next week in Springville.

Sylacauga (3-0) will travel to Moody.