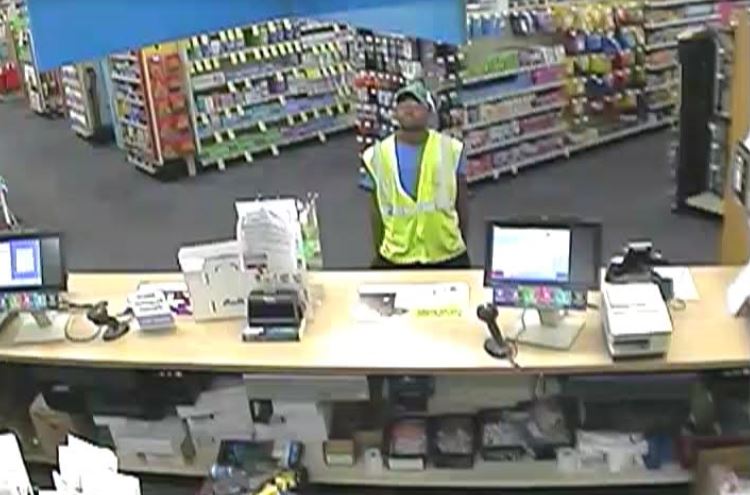 BIRMINGHAM – The Birmingham Police Department reports that detectives are conducting a robbery investigation. The incident happened on Sunday.  Investigators are requesting assistance from the public to identify the suspect from a surveillance photo. 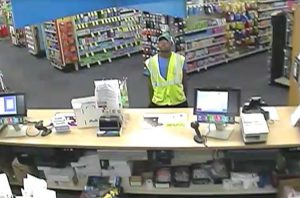 Officers responded to the CVS store on Clairmont Avenue to investigate a report of a robbery. Officers arrived to find that the suspect approached the pharmacy clerk and demanded drugs. The suspect left the store with various drugs in an unknown direction.

The suspect is a black male. He wore a green and white baseball hat and green traffic vest.

The Birmingham Police Department asks that anyone with information about this incident contact BPD robbery detectives at (205) 254-1753 or Crime Stoppers at (205) 254-7777.