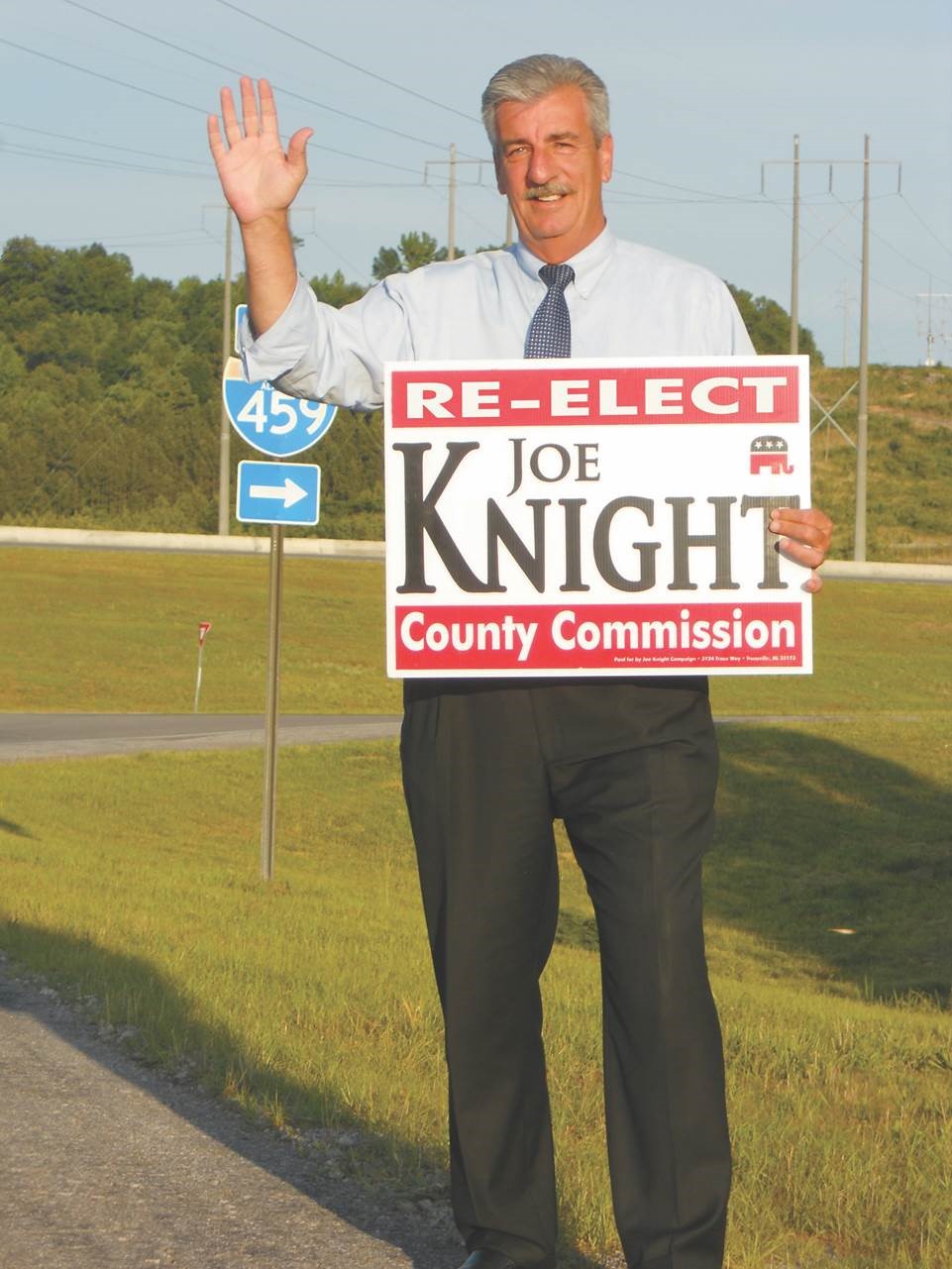 Knight, who has served as the Jefferson County Commissioner since elected in 2010, is seeking a third term in the commission’s fourth district. 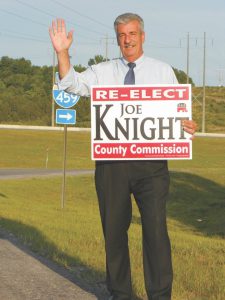 In 2010, Knight qualified in the Republican Primary to fill the Jefferson County Commission District 4 seat left open by the four-year incumbent and Commission President, Bettye Fine Collins, did not run for re-election. Knight defeated Ronnie Dixon in a runoff, then beat his incumbent, Roy L. Wood, Jr., in the 2010 general election. This November, Knight will face Democrat opposition, J.T. Smallwood, in the general election.
Knight hopes to replicate those same results in a campaign focusing largely on the achievements of his term.

The Jefferson County Commission is the governing body of Jefferson County who administers the County’s finances; serves as custodians of the County’s property; collects taxes; allocates resources for the construction of buildings, roads, and other public facilities; provides the delivery of services (sewer service and law enforcement); and makes appointments to various governmental boards and agencies.

“We now have the finances to move forward to run an efficient and effective government,” said Knight referring to financial state the County was in once he took office in 2010. He shares that his goal for Jefferson County is moving forward.

“My goal is to make Jefferson County an effective, efficient, and fair governmental entity,” he adds. “We as a Commission are focusing more on economic development to attract good companies to come to Jefferson County.”
Knight cited various projects both started or completed in recent years, including the County’s road to financial recovery in which the Commission reduced the County’s debt from $4.2 billion to $2.2 billion. He adds that through this financial recovery, the Commission was able to reserve $10 million per year for economic development. Knight also adds that rebranding Jefferson County’s image is another mission for the team, making Jefferson County a destination place for new businesses and tourist.

“We have our industrial park, which is almost full of businesses,” he adds. “We have our data center park that is almost full, so we are looking for more land. We also have Amazon’s $325 million distribution center being built just west of Birmingham in Bessemer which will employ around 3,000 people.”

He adds that out of the 2000 miles of roads maintained by Jefferson County, the commission is making a conscious effort to make improvements.

“With our roads failing and not maintained since the crisis in 2007-2008,” said Knight. “We are really putting concentrated efforts back into the roads.”

Knight added that the total of tourist dollars generated in Jefferson County in 2017, mostly generated by convention centers, amounted to $1.9 million.

Additionally, Knight highlights what has been the draw that attracting new businesses to the Southeast and Birmingham.

“We are centrally located,” said Knight. “We have the interstate system (North, South, East, West), and have four of the seven tier-one railroads that come right into Birmingham (the other two in Mississippi) where you can get freight from anywhere in the United States within 48 hours. Our airport, although lacking direct flights, is located in downtown.”

He notes that in addition to the downtown Birmingham being revitalized, Alabama has other benefits to attracting new businesses including low-costs of living and low property taxes.

After taking a tour of the Shipt facility in downtown Birmingham, Knight met many young adults employed who are from surrounding communities including Pinson, Alabaster, and Talladega, who now reside in the city.

“We are finding that our young people want to live in the city and they won’t come here and stay here, which is huge,” he shared. “One day they will buy a home in one of our surrounding communities and raise their kids there.”

“I have always said that great companies have great employees,” Knight noted. “When you attract a great company to your area then people will want to be great employees.”
Knight serves the cities of Fultondale, Gardendale, Morris, Kimberly, Warrior, Pinson, Trafford, County line, Clay, Trussville, Irondale, Argo, Center Point and parts of Leeds. The district Knight serves also includes the unincorporated portions of the county such as the communities of Bradford, Grayson Valley, Pawnee, and Palmerdale.

He chairs the Judicial Administration Committee, the Board of Registrars Committee, Land Development Services Committee and the Emergency Management Committee and is the county liaison to the state courts, probate courts, the District Attorneys, EMA, E-911, and the Circuit Clerks.