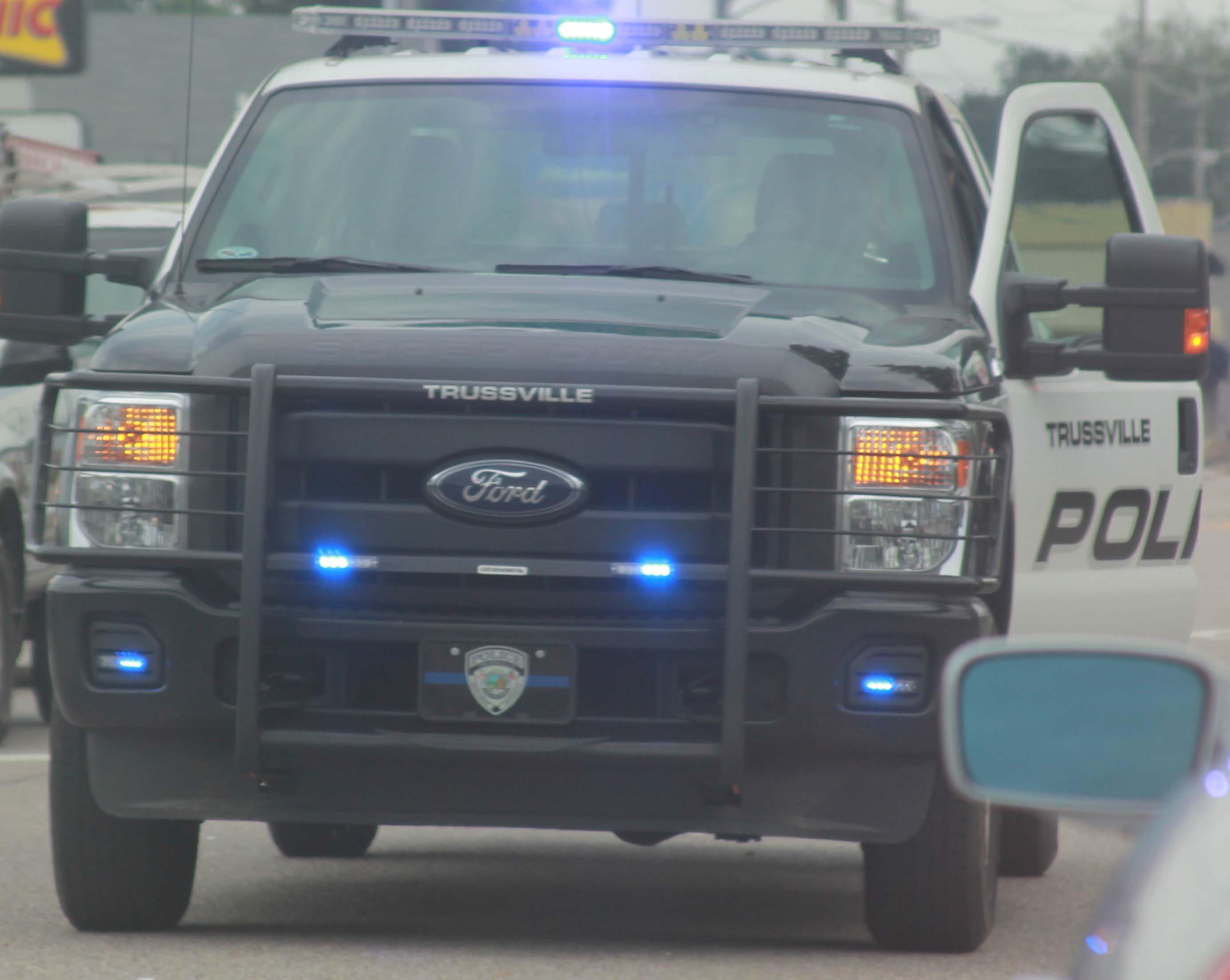 TRUSSVILLE –Trussville police rescued a dog in a hot car in the Sam’s Club parking lot on Wednesday and charges are pending, according to Lt. Phil Dillon.

“On Wednesday, the Trussville Police Department received a call from a concerned citizen of a dog in a parked car in the Sam’s Club Parking lot located at 5940 Trussville Crossings Boulevard,” Dillon said. “According to the caller the dog was panting and trying to get to the window.  When officers arrived they observed the dog in a locked vehicle, the vehicle was not running and the windows were slightly cracked.”

According to Dillion, one of the officers went inside and tried to locate the owner of the vehicle.   While waiting for the owner officers observed the dog panting heavily, not moving and it appeared to be in distress.

“The officers broke out the window and moved the dog to their air conditioned patrol vehicle and attempted to give it water,” Dillon said. “The owner arrived at the vehicle and was informed of the situation.  A Animal Control Officer with the Greater Birmingham Humane Society arrived and took the dog in to custody.”

Charges are pending in this case.