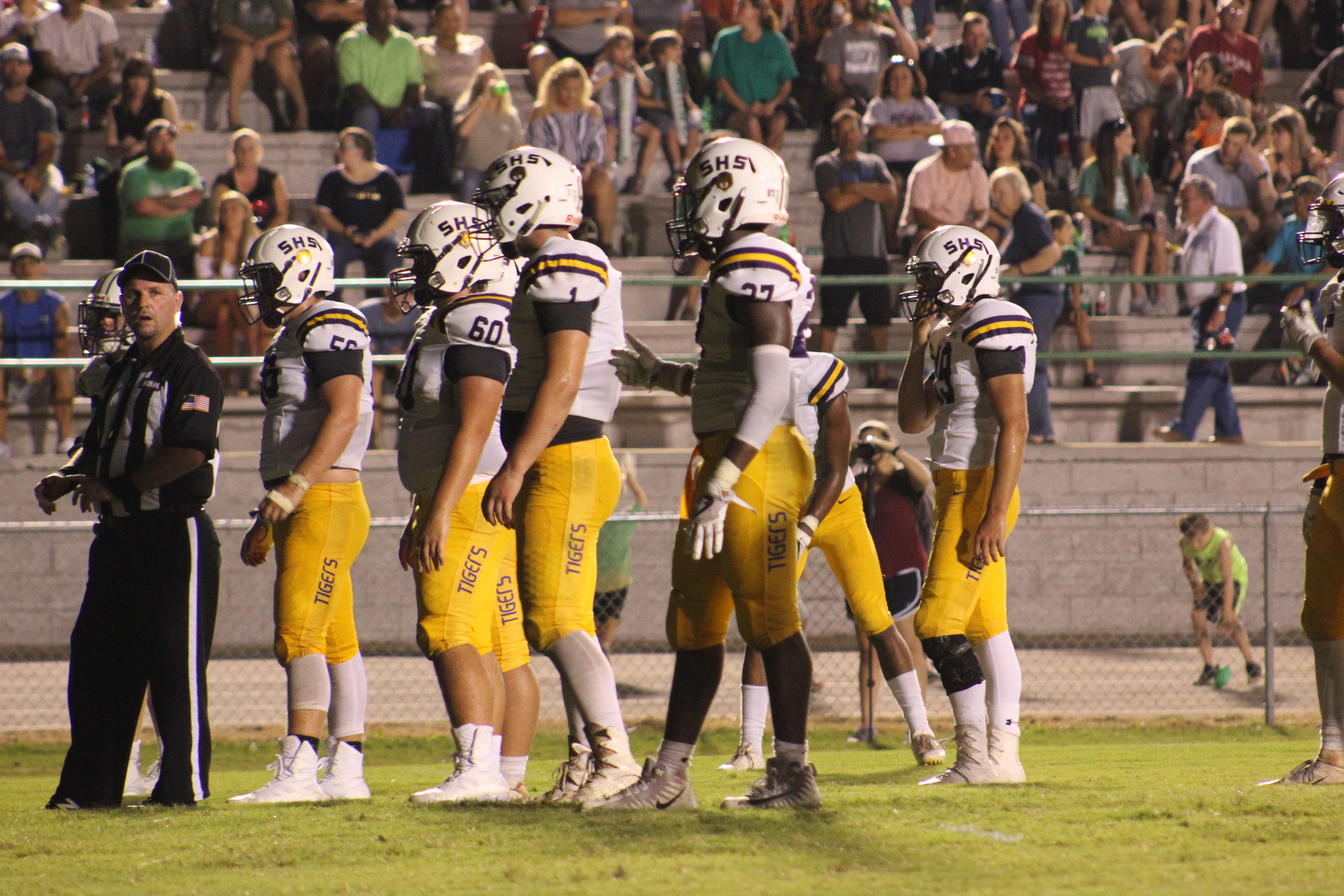 Springville’s comeback bid, down 21-0 after halftime, was in full force their first drive of the second half.

A 10 play, 80-yard drive was capped by quarterback Austin Hutcheson hitting Cameron Bonner for a 35-yard touchdown pass to cut the Central lead to 21-6, the point after was no good. Bonner caught two passes for 59 yards on the drive.

The ensuing drive for the Volunteers was stopped after Bradyn Kyser recovered a fumble inside the Central territory. The Tiger defense was without one of their leading tacklers, Braden Hughes, due to an injury in practice this past week. Riley Usrey led the Tiger defense with eight tackles. Levi Eskew and Pearson Baldwin had five and six tackles respectively.

The Tigers drive after the fumble, and comeback attempt would stall in the third quarter.

Central quarterback Boyd Ogles punched it in from 35 yards out to extend their lead to 28-6.

The Vols would add two more touchdowns late in the fourth quarter to cap their 42-6 win.

“In the second half we really hung with them and played our hearts out,” Springville head coach Michael Graben said. “Proud of our kids. We’ll go back to the drawing board and figure it out.”

Hutcheson finished the night on 12-25 passing for 142 yards, one touchdown, and one interception. Receiver Jace Hayes caught six passes for 65 yards.

Springville had a difficult time moving the ball in the first half netting only 41 total yards. Central began the scoring with a seven-yard touchdown rush by Quentin Knight, point after was no good.

Midway first quarter, Brandon Splawn recovered a fumble for the Tigers to keep the score 7-0 heading to the second quarter. Splawn would add seven tackles on the night.

Knight got Central on the board again with a 60-yard touchdown pass to Shamari Simmons. Central would convert the two-point conversion on a run over right tackle to bring the score to 14-0.

Hutcheson was the lone bright spot for the Tigers in the first half completing 4/9 passes for 57 yards. The first six drives for Springville resulted in punts, the seventh drive ending as the half expired.

Knight would punch it in from eight yards out for the Volunteers late in the second quarter, his third touchdown responsible for in the first half, giving Central the 21-0 lead at halftime.

Springville will travel to Munford next Friday. Kickoff is scheduled for 7 p.m.

Central of Clay County will host Moody on the same day.