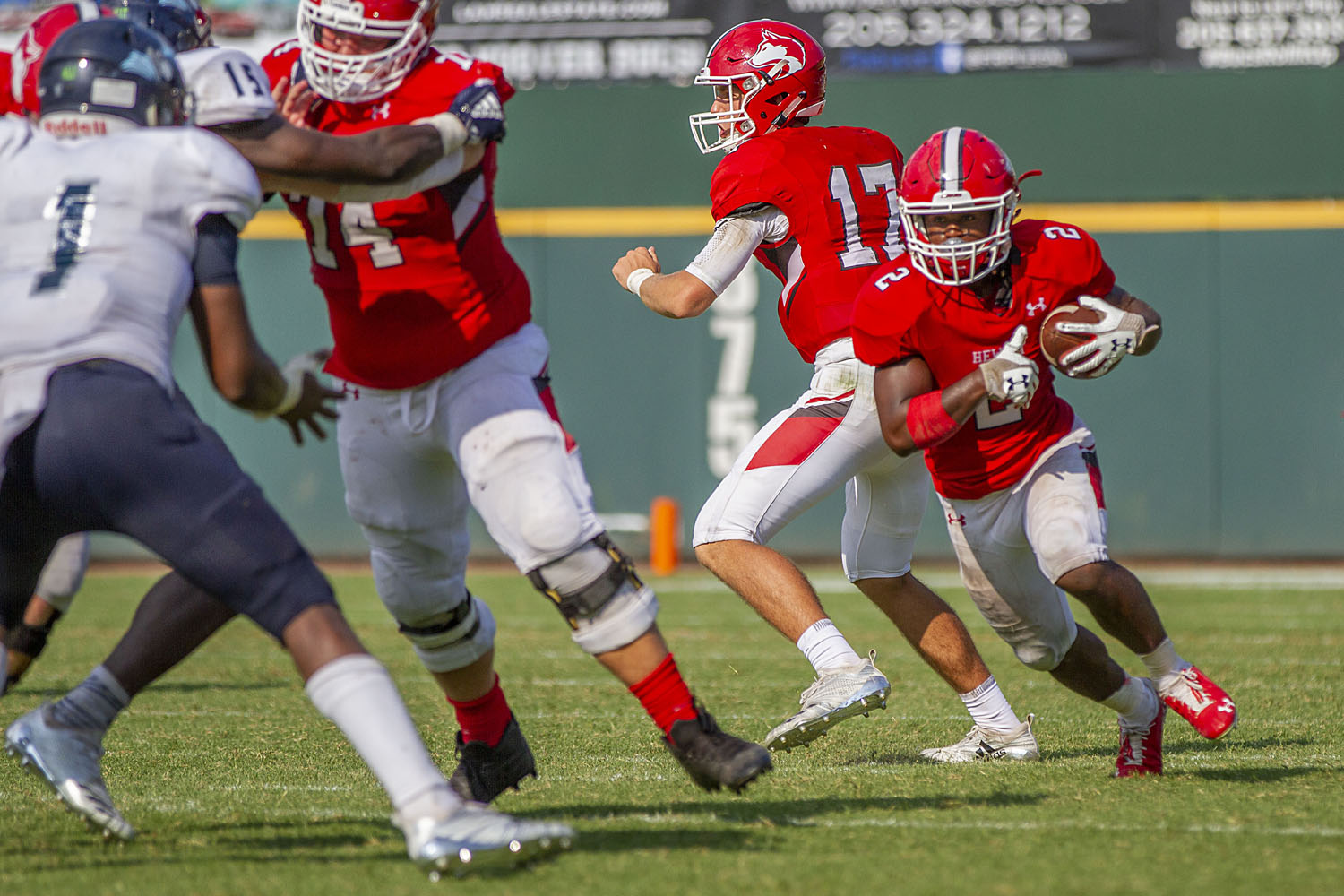 TRUSSVILLE— Hewitt-Trussville (3-1) not only knocked off the reigning 7A state champions but completely dominated them in their 56-28 win over the Bucs last week. The Huskies look to continue to show the state that they are a forced to be reckoned with this year as they travel to face the Spain Park Jaguars (1-3) in a region game that can help the Huskies notch another key region game if they win.

With a win, the Huskies will be tied for first in the region with the winner of Mountain Brook and Vestavia Hills game this week. This win would put the Huskies in the driver seat to lock up a region championship in their first year in the new region re-alignment.

The Huskies offense is simply lights out and this week looks like it could be another impressive showing. The offense comes in averaging 44 points per game and it centers around an extremely balanced attack with 317 yards passing and 182 yards rushing averages for the season giving them a total of 499 yards per game.

The Spain Park defense has only given up an average of 20.2 points per game through four games but has not faced a team with as much offensive firepower as the Huskies.

The Jaguar offense has not been able to do much through four games only averaging about 13 points a game. The Husky defense looks to keep that number low.

The defense of the Huskies had been the Achilles heel until the Hoover performance last week. The Huskies dominated and even put up points on the defensive side of the ball with an Eric Thomas interception return for a touchdown against the Bucs.

This game could be very well be another dominating performance for the Huskies. The key for Hewitt-Trussville this week is more mental than it is physical. The Huskies can not be content with last week’s win over Hoover and think that they are now the “new” big dogs and become complacent. They must not play down to their opponent’s level. This is a statement game for the Huskies to show that the win over Hoover was not a fluke, but a level of play to see from the Huskies all the time from here on out.