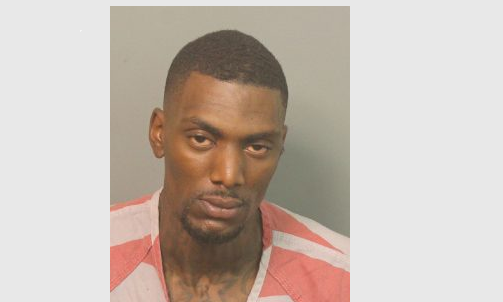 GRAYSON VALLEY — On Friday morning at approximately 2:30 a.m. a sheriff’s patrol deputy responded to the 4500 block of Bonnett Way in the Grayson Valley area of Jefferson County to investigate a report of a suspicious vehicle that had driven and parked in the neighborhood.

After arriving the deputy determined that the car in question had been reported as stolen to the Birmingham Police Department on September 6, during an armed carjacking. It was unoccupied.

As the deputy was inspecting the vehicle he heard three gunshots from nearby. The deputy called for assistance.  Additional Jefferson County Deputies and nearby Birmingham Police Officers quickly responded. K9 Units were also called to the scene to search for the suspect. During the search, Birmingham Police encountered a suspect nearby behind a home in the 1700 block of Sonia Drive. While the suspect was running across the yard he pointed the gun at an officer and the officer discharged his weapon. At that point the suspect, who was not hit, surrendered. The suspect was taken into custody without further incident and his handgun seized. The 23-year-old male suspect of Birmingham was turned over to sheriff’s deputies and was questioned by sheriff’s detectives.

On Friday morning Sheriff’s detectives obtained arrest warrants charging 23-year-old Derick Izel Brown with two counts of attempted murder. He remains in the Jefferson County Jail with bond set at $500,000. Additional charges are expected in relation to the stolen vehicle.

Derick Brown is a convicted felon. The case will be reviewed with our ATF partners for possible federal charges.