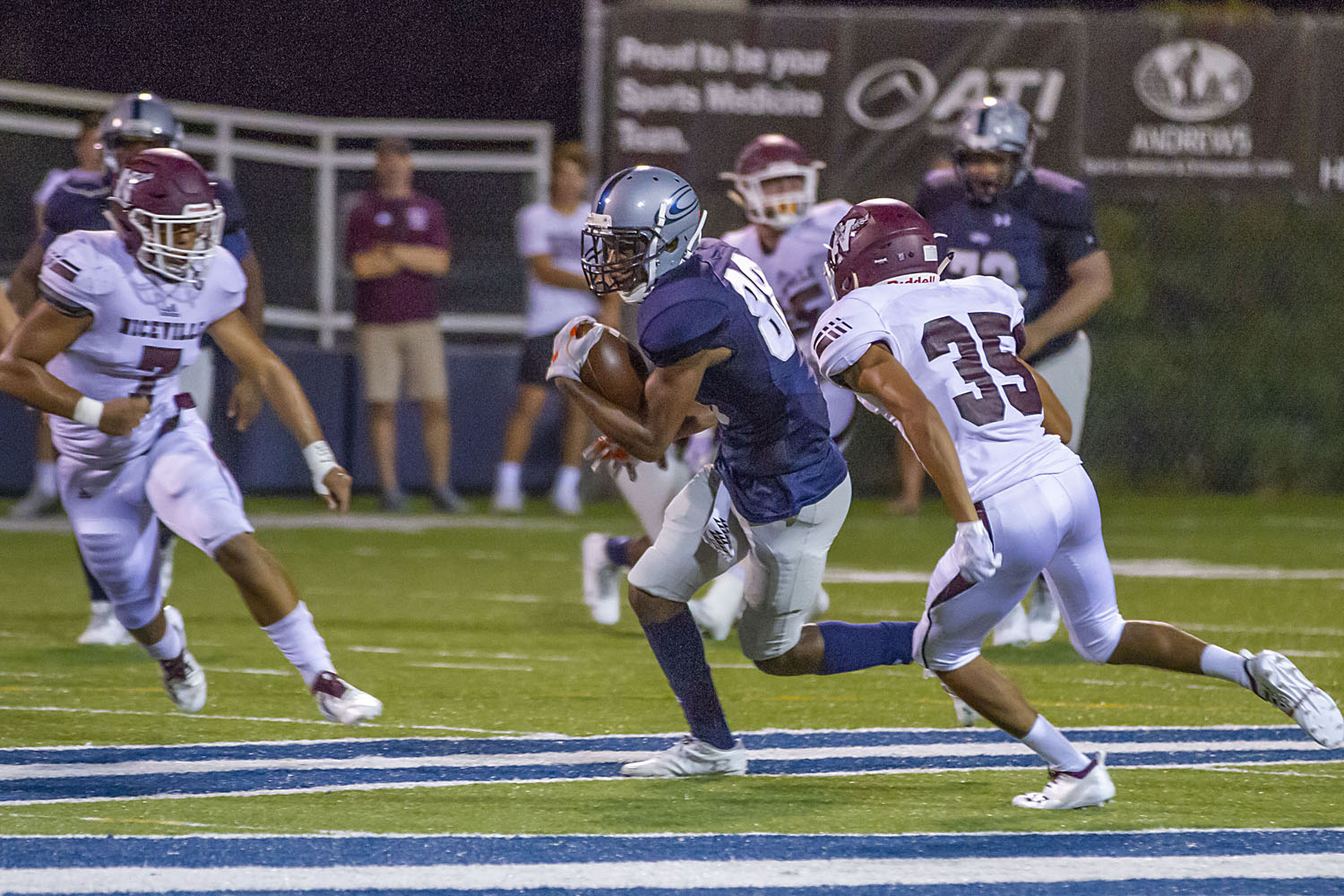 GARDENDALE – Clay-Chalkville put together a 56-14 road win at Gardendale on Friday, Sept.21 to pull even in Class 6A, Region 6 play.

“It was a good team win. We came out and kind of got off to a fast start. We let them back in there before the half, but the guys came out in the second half and did what they’re supposed to do and took control of the game,” said CCHS head coach Drew Gilmer.

The Cougars scored often in the first half, collecting touchdowns from DJ Dale and Courtney Braxton to go up 14-0. Gardendale answered to make it 14-7, but Jaylin Mack returned the kickoff to stretch the CCHS lead to 21-7, a pivotal play in the first half. Willie Miller capped the first half scoring with a touchdown run to give the Cougars a 28-7 at the break.

Gardendale struck first in the third quarter to cut the CCHS lead in half, 28-14, but Clay-Chalkville’s defense defused the Rockets’ offense and scored 28 unanswered points.

Dale found the end zone again for the Cougars’ first touchdown of the second half, followed by Demarcus Burris to make it a 28-point game, 42-14. Levert Jefferson later added a pick-six to go up 49-14.

“Offensively, in the third quarter, we were able to line up, run the football and control the clock a little bit. That was a big series for us,” Gilmer said. “To put points on the board defensively was something we haven’t done a lot of lately. That was good to see.”

CCHS (4-1, 1-1 Region 6) will take a week off before returning to action Oct. 5 to host Shades Valley in a region game at Cougar Stadium.