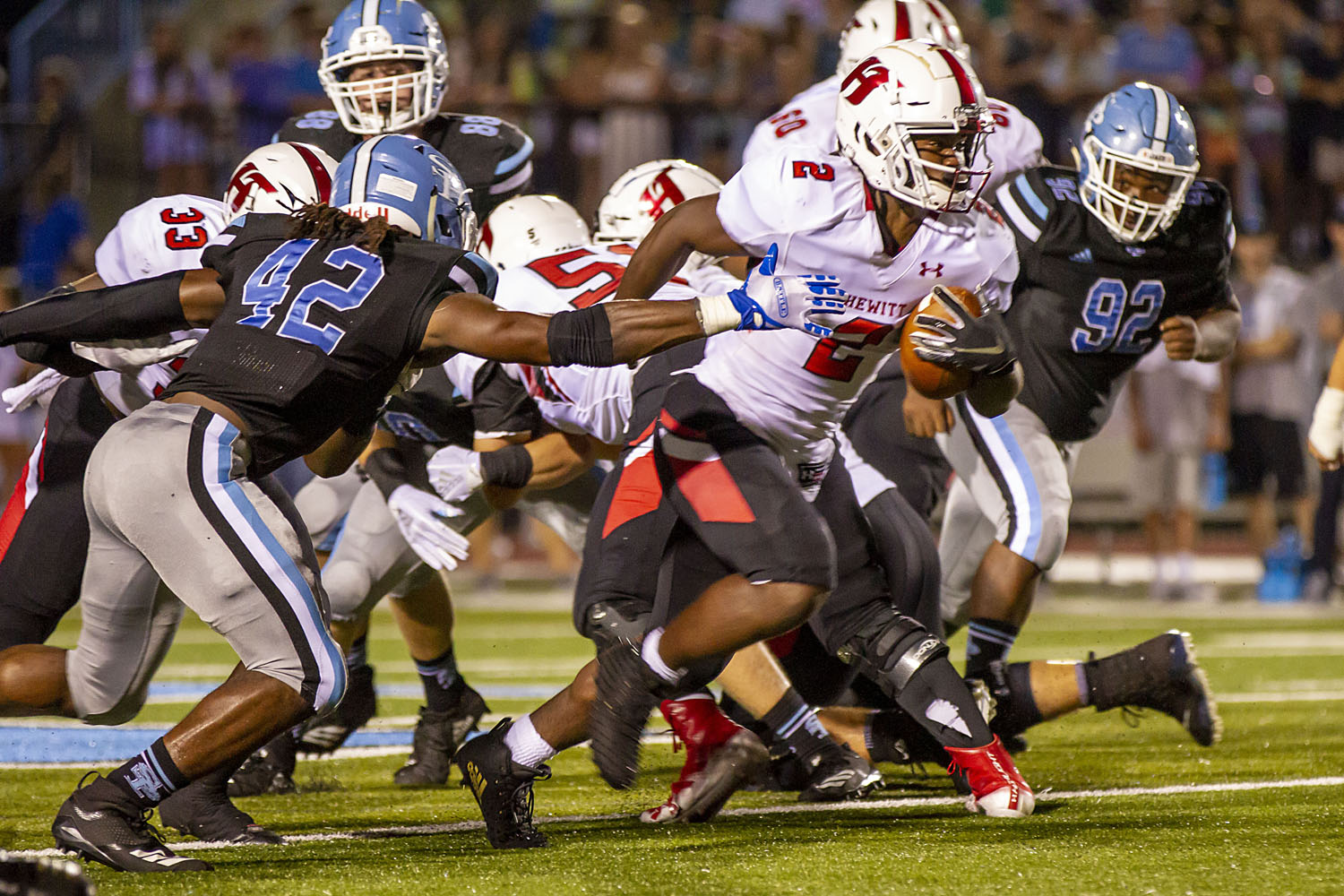 HOOVER— The Hewitt-Trussville Huskies(4-1)  found the often against region foe Spain Park(1-4) in their 44-13 win. With the win, the Huskies sit tied in the top spot of the region with Mountain Brook.

“Our guys came out and executed well, we started off a little rough with some penalties but overall I think we put ourselves in great positions to be successful tonight.” Head coach Josh Floyd said. 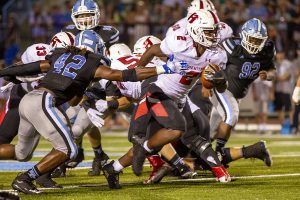 After going three and out on their first offensive possession, the Husky defense stood tall and intercepted Spain Park as they were threatening to score. Creed Parker read the quarterback’s eyes as he tried to make a pass towards the sideline of the endzone and intercepted the throw.

The Huskies struck first on the scoreboard when Armoni Goodwin took it into the endzone from two yards out. The extra point from Parker Colburn made the score 7-0 with 3:50 left in the first quarter.

The Jaguars answered back with a touchdown of their own with a seven yard touchdown run from Jalen Henderson but a missed extra point made the score 7-6 in favor of the Huskies.

With 4:55 left in the second quarter, the Huskies added another touchdown and added an extra point after a six yard pass from Paul Tyson to Dazalin Worsham to make the score 14-6 Huskies.

After a big defensive stop on fourth down, the Huskies added another touchdown after Tyson found Ja’Varrius Johnson for a 46 yard pass and catch. The extra point from Colburn gave the Huskies a 21-6 lead and remained the same as the half came to a close.

The second half started off “Husky fast” for Hewitt-Trussville as they kept the Jaguars out of the endzone on their first possession.

On the Huskies first offensive possession of the second half they found the endzone after a 15 yard run from Goodwin and added the extra point to make it 28-6 with 6:07 left in the third quarter.

The Huskies next possession ended like many other drives, as they scored on a 37 yard pass from Tyson to Worsham with an added extra point made the score 35-6 at the 3:58 in the third.

After another Creed Parker interception, the Huskies added a field goal to increase their lead 38-6 with 36 seconds left in the third.

The Jaguars defense seemed like they were just searching for answers and never could slow down the Husky offense as Sean Jackson concluded the scoring for the Huskies after he ran for a 13 yard touchdown with 7:38 left in the game. The extra point attempt failed which made the score 44-6 Huskies.

The Jaguars did add a touchdown late, but the game was well in hand as the scoreboard showed 44-13 as the time ran off of the clock.

The Huskies have homecoming next week and will face Huffman. Coach Floyd believes that his team will be ready.

“It’s always special playing homecoming games, for the seniors it’s their last time as a player and we want to look sharp for everyone who’s coming back home to the guys.” Floyd said.