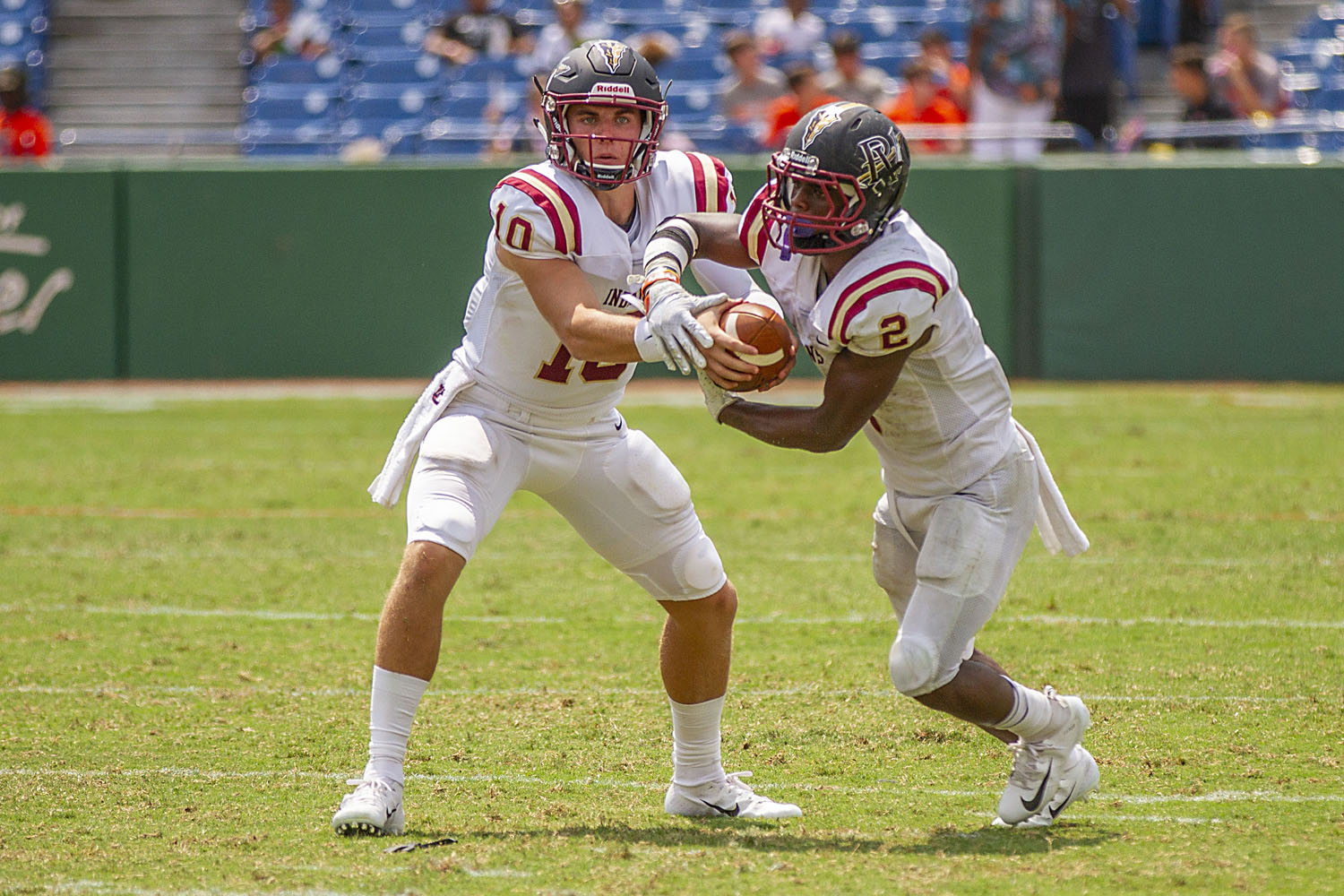 OXFORD— In just two weeks Pinson Valley has taken complete control of Region 6 with back-to-back wins over Clay-Chalkville and Oxford. The Indians went on the road on Friday night to take on the undefeated Yellow Jackets against a stingy Oxford defense up to this point in the season.

Pinson Valley went right to work in the first quarter as they drove 85 yards on a Bo Nix 44-yard run and a four-yard Nix touchdown pass to Gaquincey McKinstry to put the Indians up 7-0. In less than a quarter, the Oxford defense had already given up more points than it had surrendered all year.

Oxford was forced to punt on the next two possessions but gave Pinson Valley a huge break as punter X’Zavian Britt unintentionally let his knee touch with going down to receive a low snap, giving the Indians the ball 1st and Goal on the Yellow Jackets five yard line. Even with great field position, Pinson Valley was unable to score as they turned the ball over on downs after four straight incomplete passes.

The second chance was seized by Oxford as they scored on the very next drive. Tyetus Smith-Lindsey took the very first handoff 42 yards to put the Yellow Jackets in Indian territory. Four plays later, Jonovan Carlisle scored the Yellow Jackets first touchdown of the night on a 5-yard run tying the score at 7-7 in the second quarter.

Pinson Valley answered two drives later as the Indians were helped by a number of Oxford penalties including two costly pass interference calls that put Pinson Valley deep in Yellow Jackets territory. On first down, Jay Sharp rushed for 13 yards and his only touchdown of the night giving Pinson Valley a 14-7 lead. With just :58 to go in the half, the Indians extended their lead when on the first play of the drive Bo Nix hit Keyonteze Johnson on a 52-yard touchdown pass, putting the Indians up 21-7 at halftime.

Oxford made it a one possession game in the fourth quarter when quarterback Trey Higgins scored on a 10-yard scramble, capping off a 10-play, 80-yard drive for the Yellow Jackets. The extra point was missed, giving the Indians a 21-13 lead. Pinson Valley answered less than two minutes later after Demarion Holloman had a huge return that set the Indians up at their own 42-yard line. The 7-play drive ended on a Bo Nix four-yard touchdown run to give the Indians a 28-13 lead that they would hold for the rest of the game.

After the game, Pinson Valley head coach Patrick Nix said the second half was “Feast or famine for us. We’d get some big plays on them and then they would stop us a little bit. So I think that we probably got extremely conservative in the second half because I knew our defense was playing so good, maybe didn’t take quite as many shots and ran the ball a little bit more but I think we hit our share of big plays early which I think was the difference in the game.”

The Indians defense played exceptionally well only giving up 205 yards of total offense on 53 plays. Antoine Williams lead all tacklers with eight tackles while Joel Parker had 2.5 sacks, none bigger than on a fourth quarter drive that stopped Oxford from gaining any momentum in their comeback attempt.

Pinson Valley will have the week off next week and will play Gardendale at home October 5th.