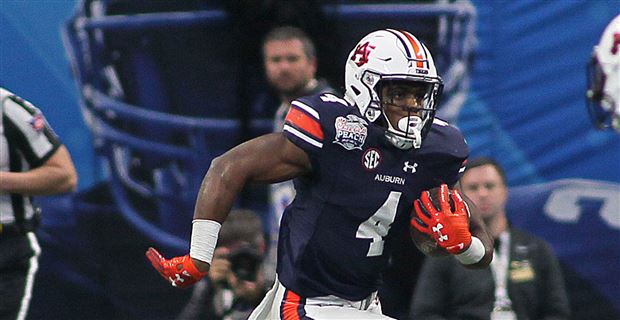 AUBURN—Former Hewitt-Trussville wide receiver Noah Igbinoghene, gained SEC Special Teams Player of the Week honors after returning a third quarter kickoff 96 yards for a touchdown against Arkansas on Saturday. The kickoff return was the first touchdown returned for Auburn since 2013.

The return came after Arkansas had scored on a field goal on a 10-play, 68-yard drive that took almost four minutes off the clock and cut the Tigers lead to two touchdowns. Igbinoghene’s touchdown was just the answer Auburn needed to effectively put the game out of reach as the Tigers offense was hit and miss all day long.

As a freshman, Igbinoghene had six receptions for 24 yards, one rush for 11 yards, and 24 kick returns for 571 yards, averaging 23.8 yards per return.

On the season, Igbinoghene has 13 total tackles, three pass deflections, and one forced fumble.