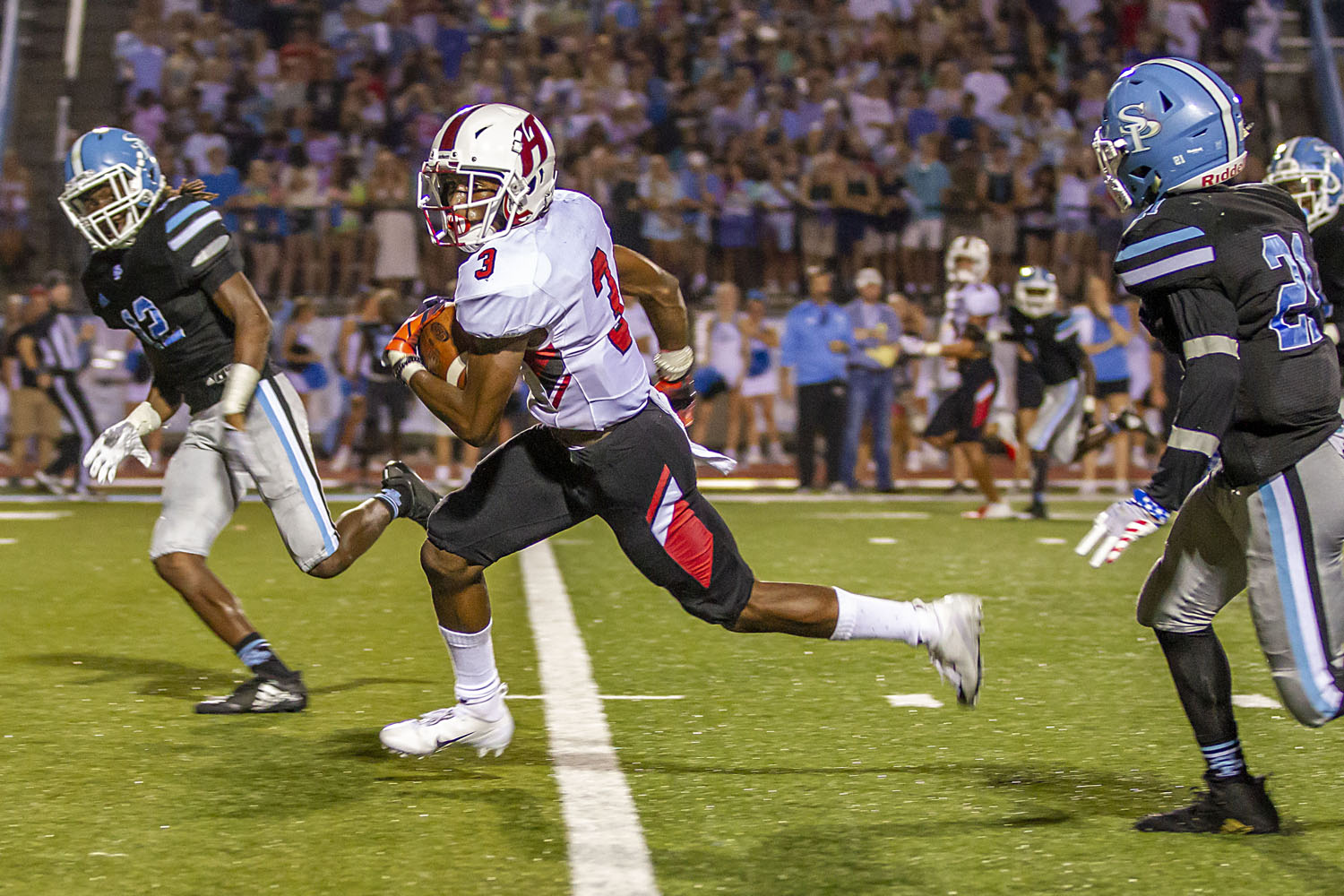 TRUSSVILLE— With all the festivities and fun of homecoming week, the 7A Hewitt-Trussville Huskies have a point to prove in their matchup with the 6A Huffman Vikings Friday night. Another dominating performance like the 44-13 win over Spain Park last week should be in the minds of those Husky players and putting on a show to wrap up the thrill that is homecoming.

The Vikings are trying to play spoiler this week and hopefully continue their winning ways as they notched their first win of the season last week after a 28-14 win over region foe Pell City.

Senior quarterback Paul Tyson has led his team with 1,497 passing yards with 15 touchdown and only one interception of the season. His sure handed receivers Ja’Varrius Johnson, Dazalin Worsham and Jamyre Reese make it easy for him to complete passes at such a high rate.

The running game is anchored by sophomore tailback Armoni Goodwin who has 716 rushing yards and seven touchdowns through the five games of this season. The Vikings will have a huge uphill battle to climb when they face this Husky offense who is indeed “Husky fast”.

The defensive side of the ball for the Huskies has improved each week and have shown to stand tall when their backs are against the wall.

Senior free safety Creed Parker has improved each and every week and is looked at as the do-it-all player. He has proven himself to be almost a defensive wide receiver as he has tallied up four of the five Huskies interceptions this season. Parker also has a forced fumble and leads the team with 52 tackles this season.

The defensive front looks to keep wrecking havoc on opposing quarterbacks as they enter the game with 10.5 sacks this season. Look for defensive coordinator Rudy Griffin to dial up some pressures to keep the Viking defense to pedestrian type numbers to ensure a homecoming win for the Huskies.