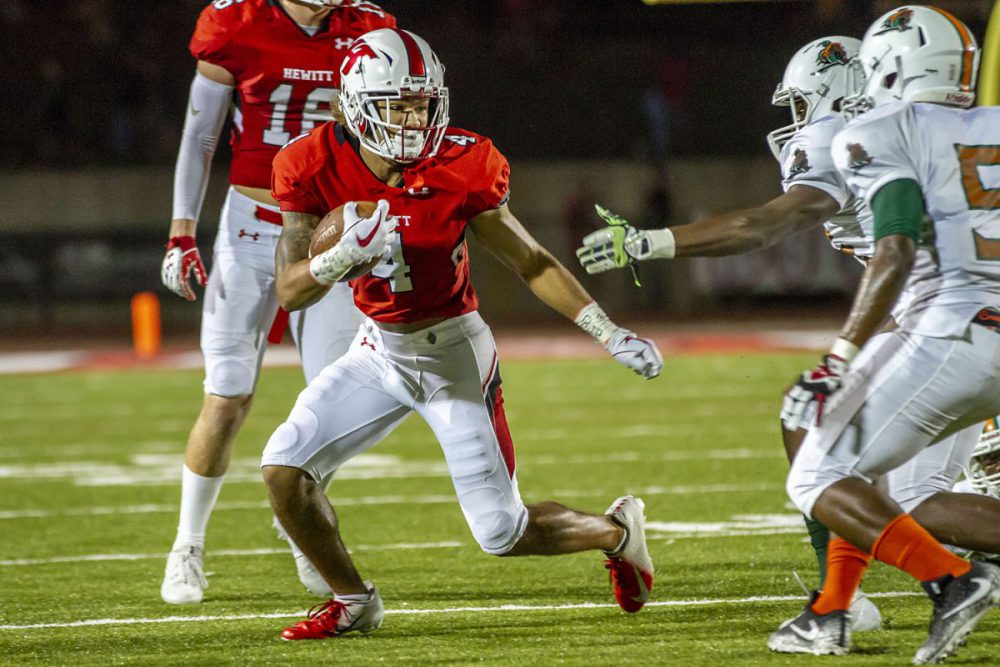 TRUSSVILLE— The Hewitt-Trussville Huskies overcame some offensive dysfunction to shutout the Huffman Vikings in a 41-0 homecoming win.

“It was not our best performance offensively, we’ve got to play better but I’ll take a win over a loss any day.” Husky head coach Josh Floyd said.

The Huskies started the scoring off with a 39 yard field goal from kicker Parker Colburn to take a 3-0 lead with 8:46 left in the first quarter.

The Vikings could not muster up enough offensive power to score to their possessions in the first quarter as their defense held tall until the end of the quarter.

As time was expiring on the quarter, sophomore tailback Armoni Goodwin found his way to the endzone after a 36 yard run to increase the Husky lead 10-0.

The Husky offense then found the endzone again when quarterback Paul Tyson found Ja’Varrius Johnson for a 24 yard pass and catch to put the Huskies up 17-0 at the 9:01 mark in the second quarter.

After a defensive stand, the Huskies scored once more as Tyson found Jamyre Reese for a 20 yard touchdown to make the score 24-0.

With 32 seconds left before halftime, Tyson added one more passing touchdown to Dazalin Worsham from three yards out to take a 31-0 lead into half.

After a scoreless third quarter, Parker Colburn added another 26 yard field goal at the 11:10 mark in the final quarter to give the Huskies a 34-0 lead.

As the game rolled on, the younger Husky players got a chance to get some playing time. Sophomore runningback Landen Berguson capped off the scoring with a six yard touchdown run making the final score 41-0 as time expired.

The Husky defense led the charge as they held the Vikings to 184 yards of total offense. 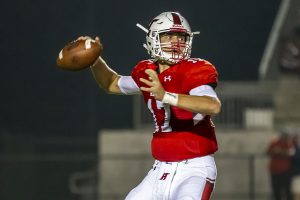 The Huskies travel to Vestavia Hills next Friday night for a intense region matchup with the Rebels with kickoff set for 7 p.m.