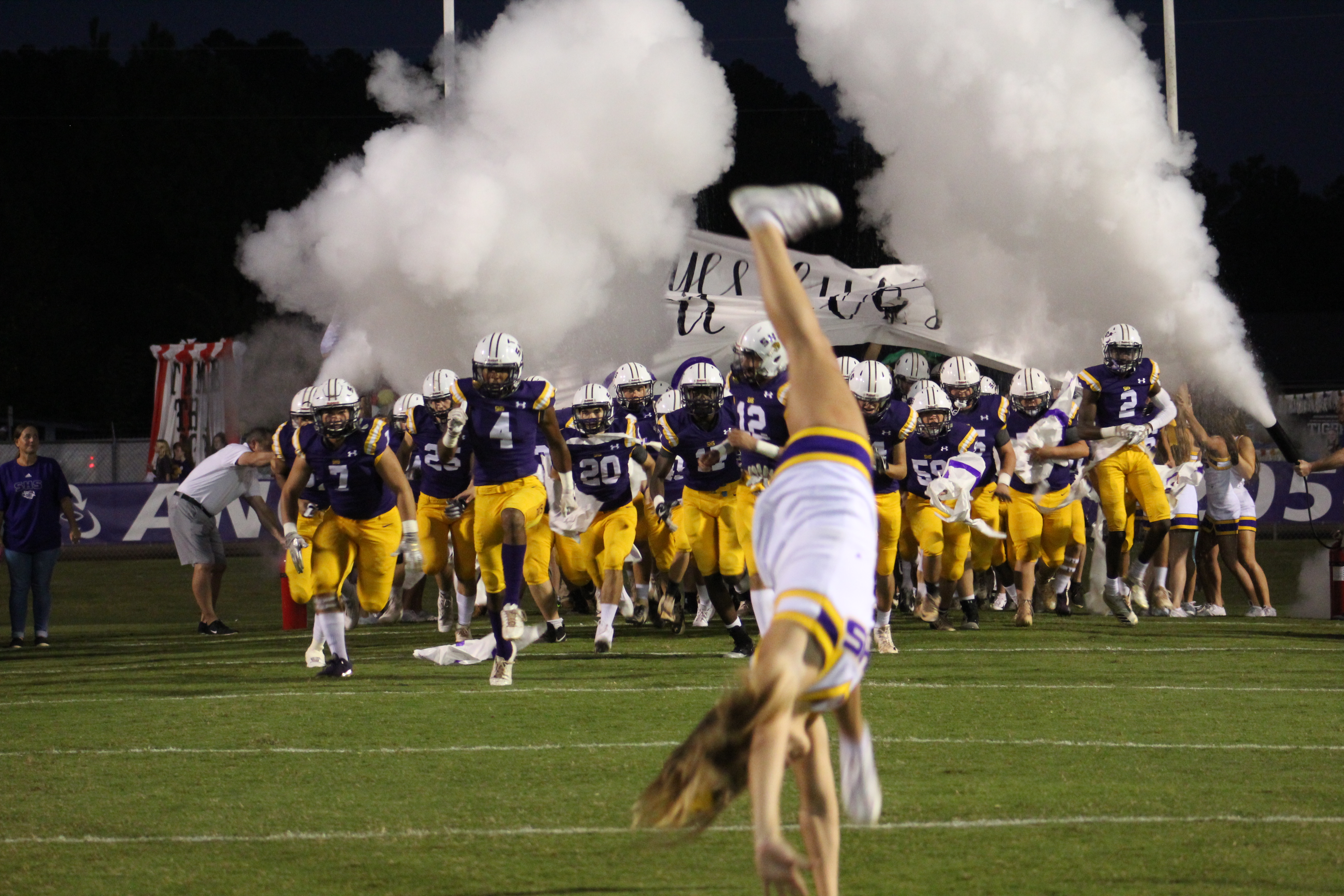 With homecoming in the air, the Tigers were led out onto the field by Cameron Dickert. Megan Barrett was named homecoming queen.

Austin Hutcheson got the Tiger scoring off to a fast start hitting Cameron Bonner for a 39-yard touchdown pass early in the first quarter.

Bonner and Hutcheson connected again on the last play of the first quarter, this time from 50 yards out to extend their lead to 14-0.

Hutcheson added another touchdown to his first half total, running it in from five yards out.

The Tiger defense pitched a shutout against Crossville in the first half.

“This was our most complete performance of the year,” Springville head coach Michael Graben said. “Everything came together for us.”

After moving running back Bradlee Cole to linebacker due to a string of injuries, Kobye Payton took over as the feature running back. Payton punched it in from one yard out early in the third quarter. Payton finished the night with 113 yards and one touchdown.

“He really stepped up for us and we knew he could do it,” Graben said. “He may not be but 120 pounds but to get him in and have some success was great for us.”

John Raby blocked a punt and returned it for a touchdown to give Springville the 35-0 lead.

Hutcheson finished his spectacular night with a 31-yard touchdown pass to Bonner, their third connection of the night, extending the Tigers lead to 43-0. Hutcheson completed his night with 8/10 passing for 185 yards and four touchdowns.

“Austin has that in him,” Graben said “He played extremely well tonight.”

Springville (2-4) will host Center Point next Friday night at Tiger Stadium. Crossville (1-5) will travel to Boaz on the same night.