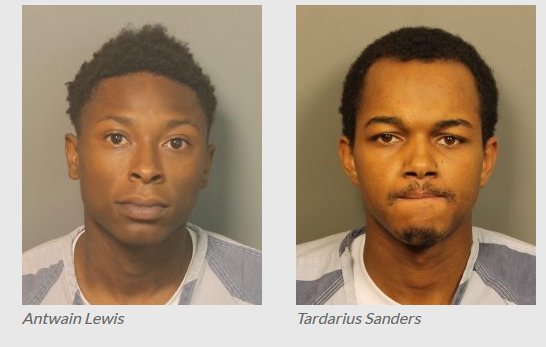 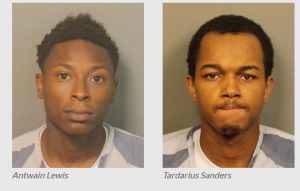 In the first incident, on Saturday at about 10:30 am, a deputy on patrol in the area of Carson Road and Sunhill Road attempted to conduct a traffic stop on a black Toyota Rav 4 when a check of the license plate revealed that the vehicle had been reported as stolen to the Hoover Police Department. The driver pulled into an apartment complex where he fled on foot. He was captured after a brief foot chase. The driver was identified as 20-year-old Antwain Lewis Jr. of Birmingham. He was found to be in possession of six grams of heroin, an amount of methamphetamine, and an amount of marijuana. The heroin has a street value of the heroin is $1200.

In the second incident, on Saturday just after noon, a deputy on patrol in the area of 9th Avenue and 9th in Bessemer conducted a traffic stop on a gray Nissan Altima for failing to stop for a red light. The passenger in the vehicle 24-year-old Tardarius Sanders was found to have outstanding warrants with the Bessemer Police Department and the Adamsville Police Department. While speaking with the occupants of the car the deputy smelled marijuana. A search of the vehicle revealed a black zipper bag that contained twelve grams of heroin, an amount of marijuana, and hydrocodone tablets. Sanders admitted to the deputy that the bag and the contents were his. He was arrested for trafficking heroin, unlawful possession of a controlled substance, and unlawful possession of marijuana 2nd degree. He was taken to the Jefferson County Jail and held on $115,000.00 bond.