LATEST NEWS
Home online Bo Nix set to join one of the most elite clubs in Alabama high school history. 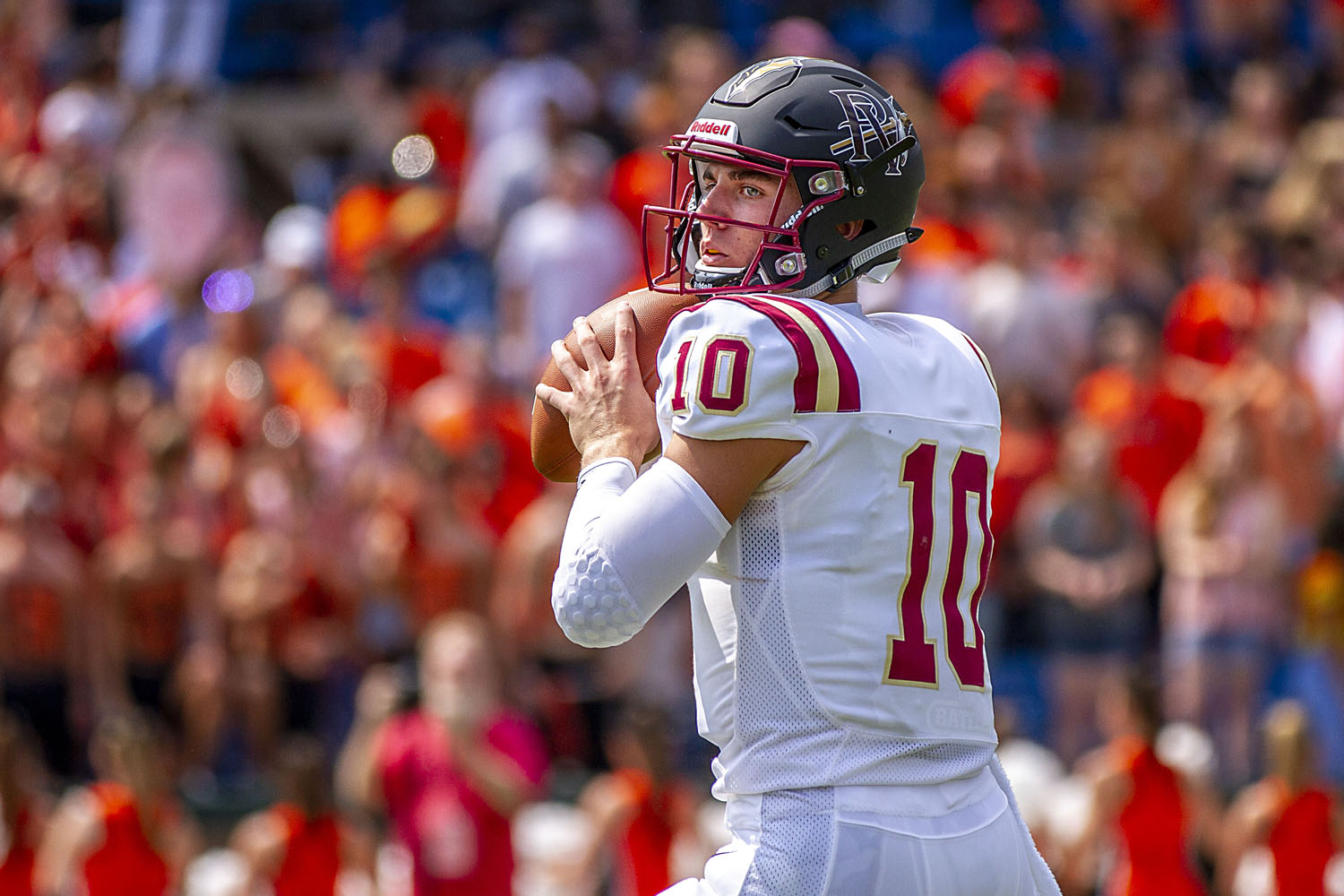 Bo Nix set to join one of the most elite clubs in Alabama high school history.

PINSON— Bo Nix still has plenty of football to play in 2018 before heading off to Auburn and is very close to joining one of the most elite clubs in Alabama high school football history. Nix needs just 370 total yards to join the 10,000 yard club, a club that only has three members at the moment.

As the stats read today, Nix is 510-of-932 passing in his career, with 7,785 yards and 90 touchdowns. As a rusher, Nix has rushed for 1,845 yards on 224 attempts and 29 touchdowns. Total, Nix has amassed 9,630 total yards and 119 total touchdowns. With 370 total yards of offense this week, Nix would join Terrance Hollingsworth, Zach Smith and Mitch Stults as just the fourth player in Alabama history to pass 10,000 total yards in a career.

While the 10,000 yard club is obviously the biggest mark, Nix is steadily climbing up other all-time career lists as well. With 7,785 yards passing in his career, Nix currently sits 13th overall in that category. Depending on how the rest of the season goes, Nix could pass the 10,000 yard mark in passing yards alone this season as well. In his 33 starts, Nix has averaged 235 yards passing per game. If he keeps to those numbers, he’ll definitely have a chance to surpass 10,000 yards passing in his career, which would make him only the third quarterback in Alabama history to do so behind JaMarcus Russell and Chris Smelley. 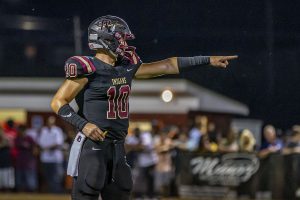 Pinson Valley quarterback Bo Nix points out directions during their game against Clay-Chalkville.

Nix also currently sits 13th in career completions with 510. Averaging a little over 15 completions a game, Nix could surpass 600 or more completions for his career. Nix also has 90 touchdowns passes putting him 8th all-time and another record that could see Nix’s name around the top come the end of this season.

Despite all of these impressive numbers and stats what might be most impressive is this stat: in three years, Nix has been sacked a total of three times. As impressive as Nix is in the pocket, his ability to escape and produce results down the field may be his greatest attribute yet. Also, that stat tells me that Nix has been blessed with pretty good offensive line play over the years as well. Even more impressive than that is Nix is currently 31-2 as a starter. While some people don’t necessarily like attaching wins and losses to quarterbacks, at this level of football it’s as pertinent a stat to the quarterback as it is the coach.

Nix still has four more regular season games to play before the Indians enter the playoffs which will give him plenty of time to add to all of his current numbers, including the one that means the most, wins.