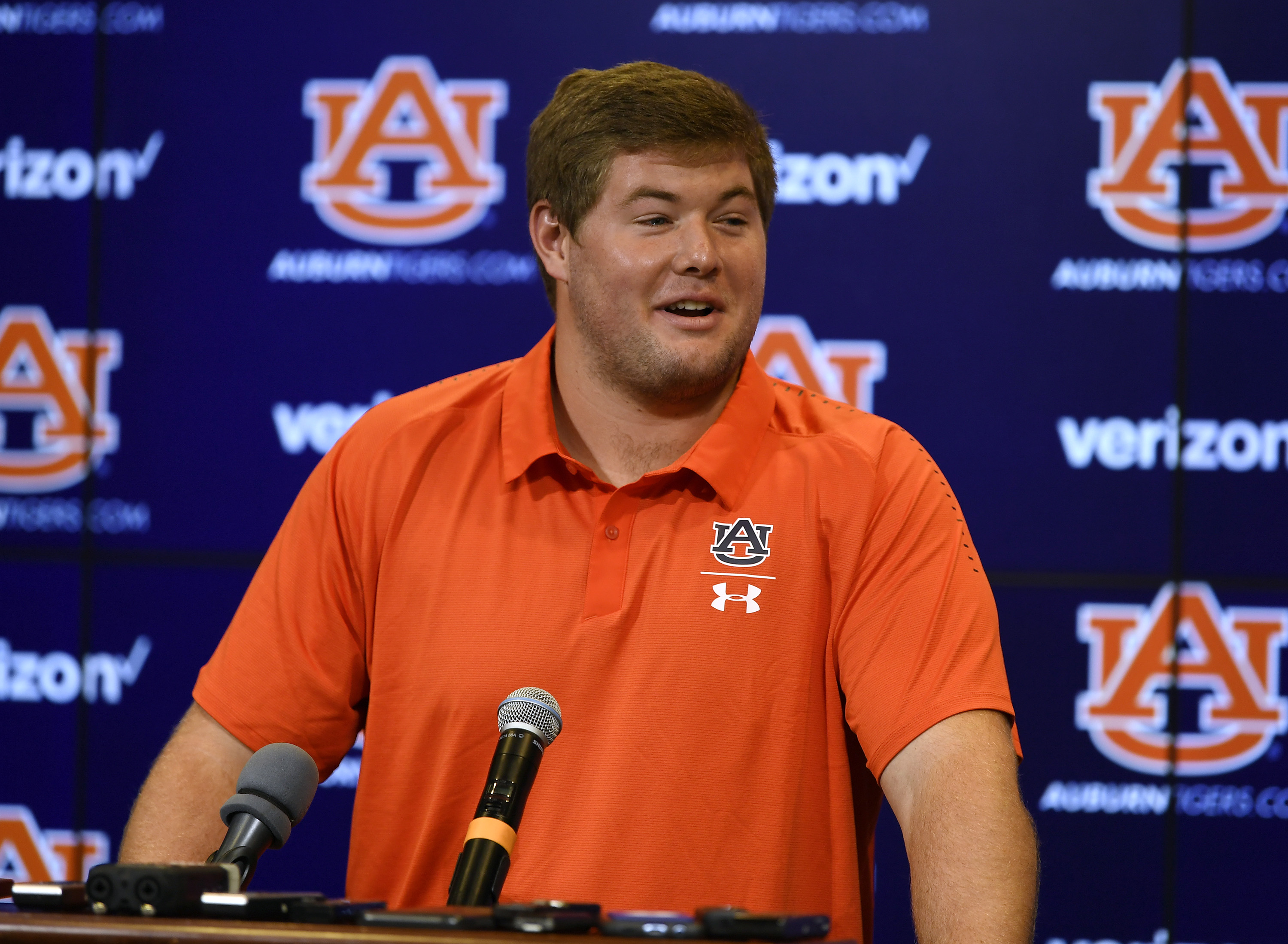 AUBURN –Former Hewitt-Trussville Husky Tucker Brown has battled his way from Auburn University walk-on to scholarship tight end. On Tuesday, the Auburn media got a taste of Brown’s wit, humor and charm that has endeared him to home folks long before he became a D-1 football player.

Check out the video below where Brown explains his role in Chandler Cox’ 2-yard touchdown reception against Southern Miss on Saturday.

#Auburn TE Tucker Brown is a National treasure. His 1st press conference appearance and it was refreshing. Here he talks running a route when @chandlercox10 scored Saturday against Southern Miss. “I slowed down for the team so Chandler could get a touchdown.” #WDE pic.twitter.com/tByyFqSl1g