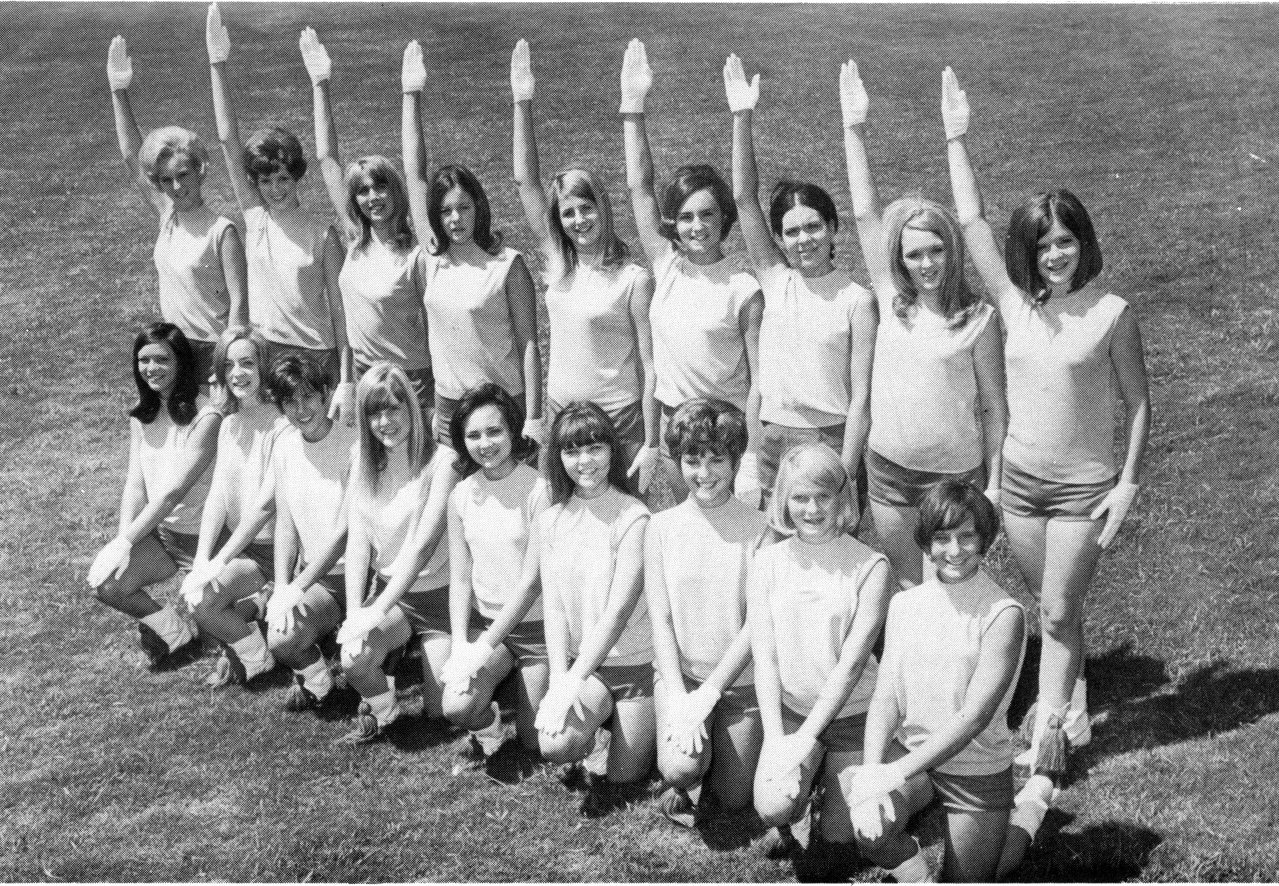 By June Mathews
For The Tribune

TRUSSVILLE — After five decades, the details are a little fuzzy, but Joe Summers clearly remembers the day he was watching a college basketball game on TV, and a dance line was part of the halftime entertainment.

“That’s what our band needs,” thought the longtime director of the Hewitt-Trussville High School Marching Band.

And that’s how it all began. Tryouts were held the following spring, and 18 young women were selected to form a dance line, the first high school dance line ever formed in all of Jefferson County.
Summers enlisted the help of a Jacksonville University Ballerina as an instructor and HTHS girls’ PE teacher Pat Smith as the dance team’s sponsor, and in the fall of 1968, the Hewitt-Trussville Highsteppers marched onto the field for their inaugural halftime performance with the band.

For 50 years now, this ever-evolving group has been marching, kicking and dancing its way through halftime shows, band competitions, parades and other events, heads held high with faces wreathed in smiles. Little did that initial 18 realize they were pioneers of a sort or that their legacy would remain intact all these many years later.

At the outset, no one was sure where the girls’ efforts would lead or exactly how a dance line would fit into the scheme of things. Even Summers had concerns, wondering aloud to his then student aide Charleen Crabtree Temples what she thought of the concept.

Once tryouts were announced, the process of putting together a first-rate program began. Esther Jones Taylor, an eighth-grader at Hewitt-Trussville Junior High at the time, recalled how she first heard about the new group and how she might get involved.

“Someone came down to the junior high and asked if anyone wanted to try out for a dance team,” she recalled. “Not knowing what I was going out for – I’d always wanted to be a cheerleader – I decided to give it a try.”
After a couple of weeks of coordination exercises, stretches and kicking, the actual tryouts took place. Then a day or two later, the high school majorettes came to the junior high to let Taylor and her lifelong friend, Lynda Latham Payne, know they’d made the team. 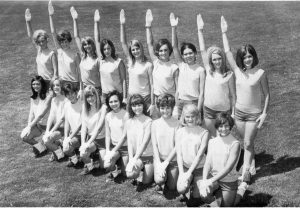 Though that first summer was long and hot, the girls worked hard and got along well. But with learning and practicing dance routines, practicing with the band on The Mall, and practicing parade formation marching through the streets of Trussville’s Cahaba Project, time was at a premium.

“It was a lot of hard work, but I would say I received more than I gave,” said Pam Davis Hodge. “The memories I have of those days are priceless. Some of my favorite memories are of our fall practices with the band on The Mall, and to this day, they always come to mind when I sit in a rocker on my mother’s porch on West Mall.”
In between all the practices, there were things like a name (“Highsteppers” quickly came to the top of the list and stuck) and uniforms to be considered.

“My mother made our uniforms,” said Temples. “I can still see us sitting in my front yard in Dew Gardens, waiting for her to call the next one in for a fitting. I also have memories of us sitting on The Mall, making yarn tassels for our boots.”
But ask one of the original Highsteppers about her most outstanding memory of that year, and the answer will most likely focus on their first halftime performance at Leeds High School in September 1968.

“Hewitt’s band was one of the best, so we had to be very close to perfect, so we didn’t reflect badly on their reputation,” said Payne. “Our feature routine was to ‘The Work Song’, and we performed our hearts out that night. I’ll never forget the cheers and applause in the stadium that night as we ended our routine. We were absolutely blown away. But I never thought about the possibility that we had just created a tradition that would span at least 50 years.”

With the ensuing thunderous applause and sta anding ovation, Summers knew his instincts about adding a dance line to the HTHS band had been right on target.
“It caught on pretty fast, and the Highsteppers’ performances were real crowd pleasers,” said Summers. “They were a very classy group and a proud part of our band. After that, other schools saw what we were doing, and it appealed to them, so they started their own dance lines.”

But for all the joy they brought to their audiences and all the effort they put forth in adding a special kind of value to an already outstanding band, the original Highsteppers will tell you they gained, too.
“With teenage life, feeling accepted is so important, and being a part of this new adventure was confidence-building and exciting,” said Cathy Deaton Lane. “We were all new at it and didn’t really know what we were doing, but it sure was fun.”

In fact, she continued, “everything about being an original Highstepper is a happy memory. I’m so glad I got to be a part of it. But I have to say, 50 years sure does go by in a hurry. I really thought it would take longer to get here.”