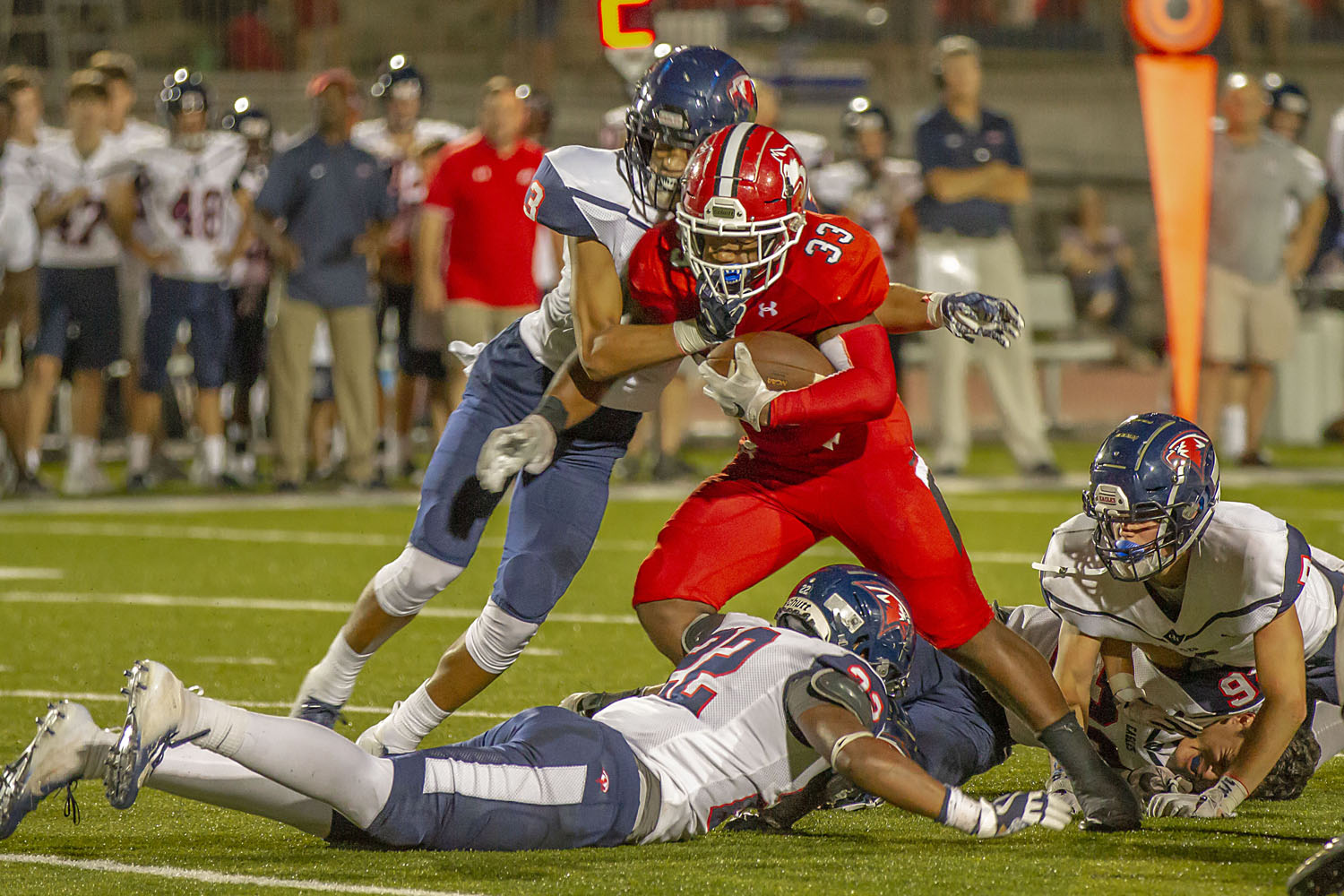 TRUSSVILLE— The Hewitt-Trussville Huskies (5-1)  travel to take on region foe Vestavia Hills Rebels (4-1) this Friday night in what should be a very competitive matchup between two highly ranked teams in 7a. The Huskies enter the game as the number two ranked team in the classification while the Rebels come in at number nine.

The Huskies sit atop region 3 in 7A tied with Mountain Brook, who gave Vestavia Hills their only loss of the season. A win for the Huskies will only help their chances in being the number one team in the region.

There will be an extreme difference in offenses in this game. The Huskies will bring in a high-powered fast paced offense that averages 43.5 points per game. The Rebels come in with a ground and pound type game and will look to milk the clock down and own the time of possession.

The Rebels average 20.2 points per game and will not break from their fold of running the ball at any cost. Hall of fame head coach for the Rebels Buddy Anderson has maintained a tremendous amount of success as he is in his 41st season as the head coach and the all-time wins leader in the state of Alabama for football.

The Huskies may not have as many possessions as usual due to the Rebels ball control on the offensive side, so the challenge for the Huskies will be on defense and having the ability to create extra possessions for their offense by causing turnovers.

The Huskies defense should expect a very physical ballgame and in the trenches with the lineman and linebackers being prepared to battle every single play. The points may be at a minimum but the action and atmosphere should still be fun as the hunt for the playoffs start to heat up.