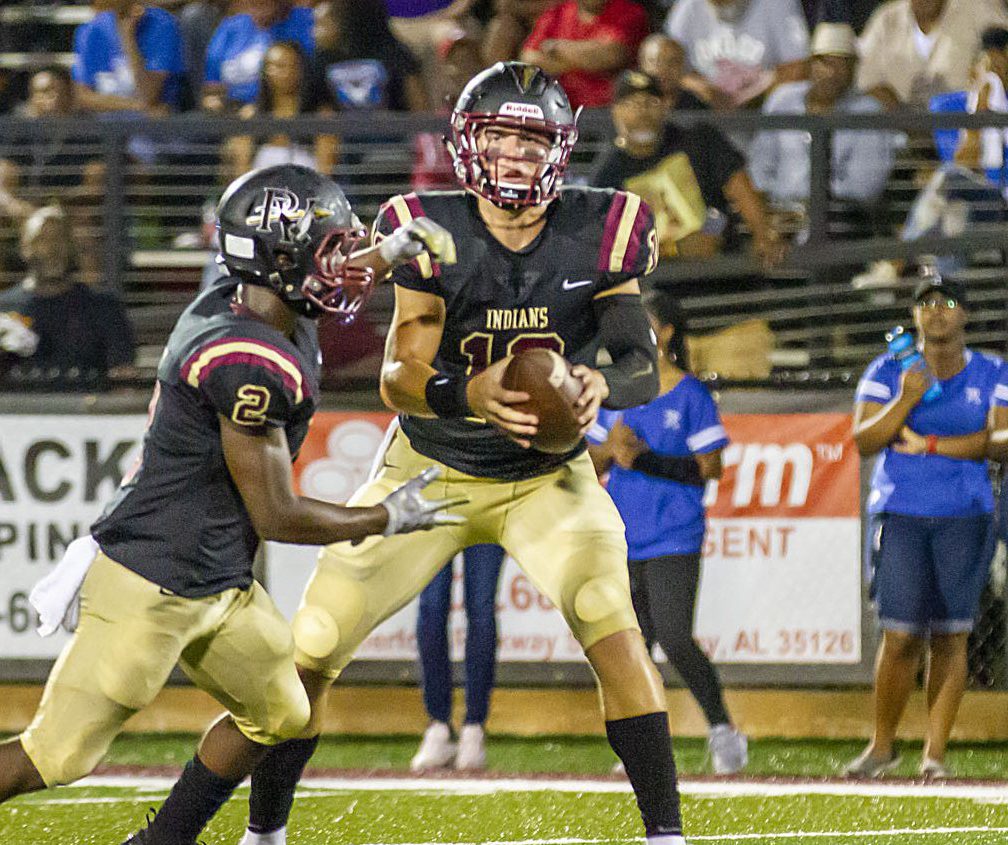 PINSON— After a week off, Pinson Valley gets back to region play as they host Gardendale on Friday night. The Indians are currently 3-0 in region play having wins over their two greatest threats so far in Clay-Chalkville and Oxford. The Rockets are currently 2-1 in league play with wins over Huffman and Pell City with a loss to Clay-Chalkville two weeks ago. Gardendale holds the all-time lead is the series 19-6 but have lost the last two against the Indians.

The Indians will finish out region play over the next three weeks starting with Gardendale. Indians quarterback Bo Nix needs only 370 total yards to eclipse the 10,000 yard mark for his career. He’ll need to do so against a stingy defense that only gave up 137 total yards of offense against Hazel Green last week. The Rockets are allowing a little over 16 points per game so far this season.

Gardendale will need to get their offense going if they are going to get a win on Friday. Quarterback Will “Goose” Crowder was 17-of-27 for 249 yards and two touchdowns last week in the Homecoming win. The Rockets are averaging 27 points per game this season and will need every last one as Pinson Valley is averaging 35 points per game.

With a win Gardendale would give Pinson Valley it’s only loss in region play and depending on what happens on Friday, could make a mess atop Region 6 going forward. It also only be the only region loss Pinson Valley has sustained in the last two years. Even though the Rockets are on the road they do have success in that department as they are 2-0 on the road in 2018 and 4-4 over the past two seasons.

Pinson Valley will continue to build on their success after their only loss of the season in the opener against Hoover. Since that opening loss, the Indians are 4-0 and scored 28 points or more in all four games while giving up an average of just 13 points per game.