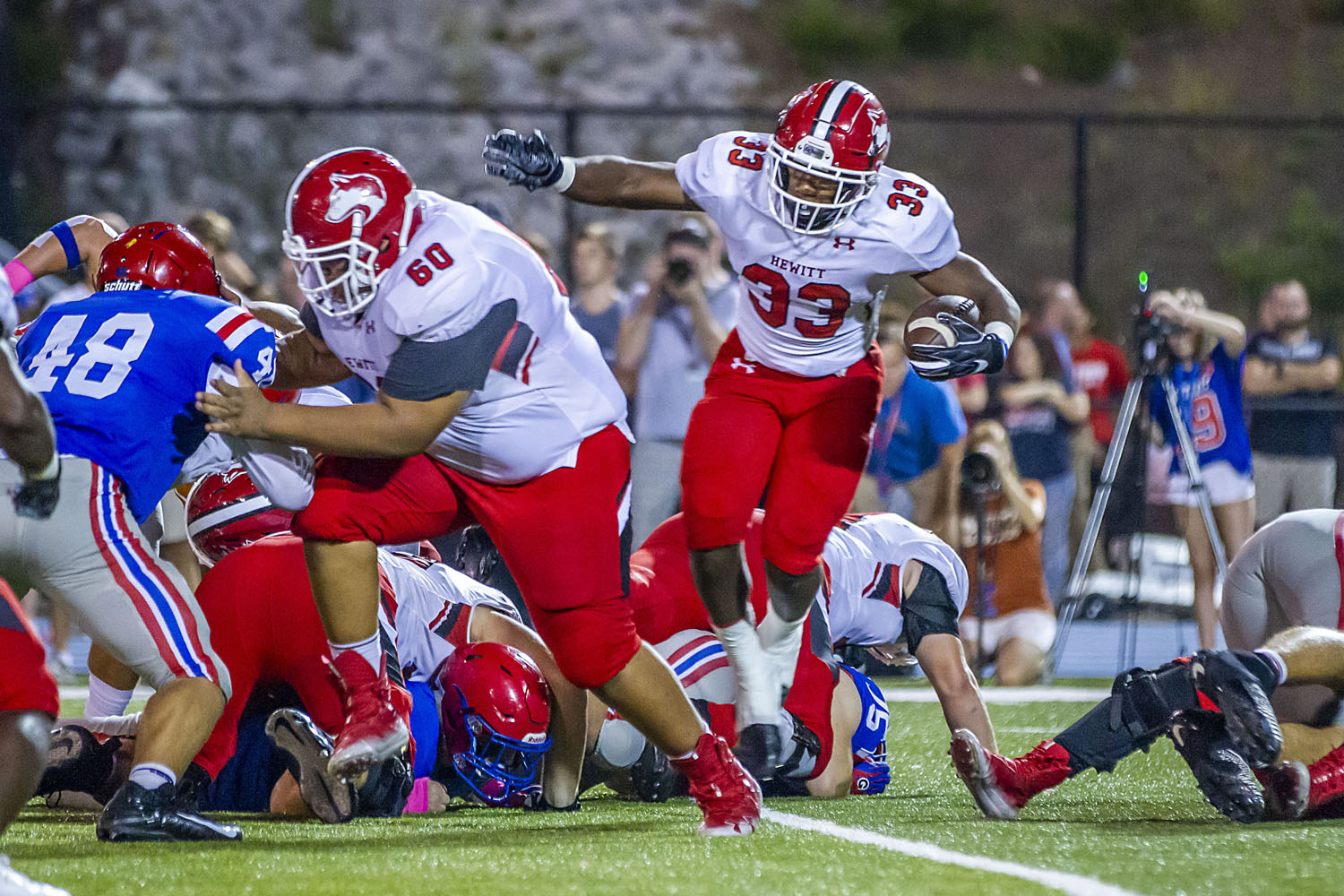 The Huskies got started early as they scored on their first three possessions at a very “husky fast” pace. An 11 yard touchdown run by Armoni Goodwin started the scoring for the Huskies and another 52 yard touchdown run from him on the next possession saw the Rebels of Vestavia Hills in a 14-0 hole with less than five minutes off the clock.

Huskies quarterback Paul Tyson found receiver Ja’Varrius Johnson on a 49 yard pass and catch for a touchdown with three minutes left in the first quarter gave the Huskies a 21-0 lead and they did not look back.

Sean Jackson punched in a tough 12 yard run for a touchdown midway through the second quarter to increase the Husky lead to 28-0.

In the third quarter Ja’Varrius Johnson lined up as the quarterback in a wildcat formation to take a snap and run for a five yard touchdown to increase the lead 34-0 in favor of the Huskies.

The Rebels did see the endzone in the third quarter for their only touchdown of the game as their quarterback ran a sneak for 54 yards seemingly untouched. A blocked field goal by Tyler Antkowiak made the score 34-6.

The Huskies capped their scoring after Paul Tyson found Ja’Varrius Johnson again for an 18 yard touchdown pass and catch to make the score 41-6.

The Huskies face undefeated Mountain Brook next week in a pivotal region matchup. The winner of the game will be in sole possession of the number one spot in the region.

Kickoff is set for 7 p.m from Hewitt-Trussville Stadium.