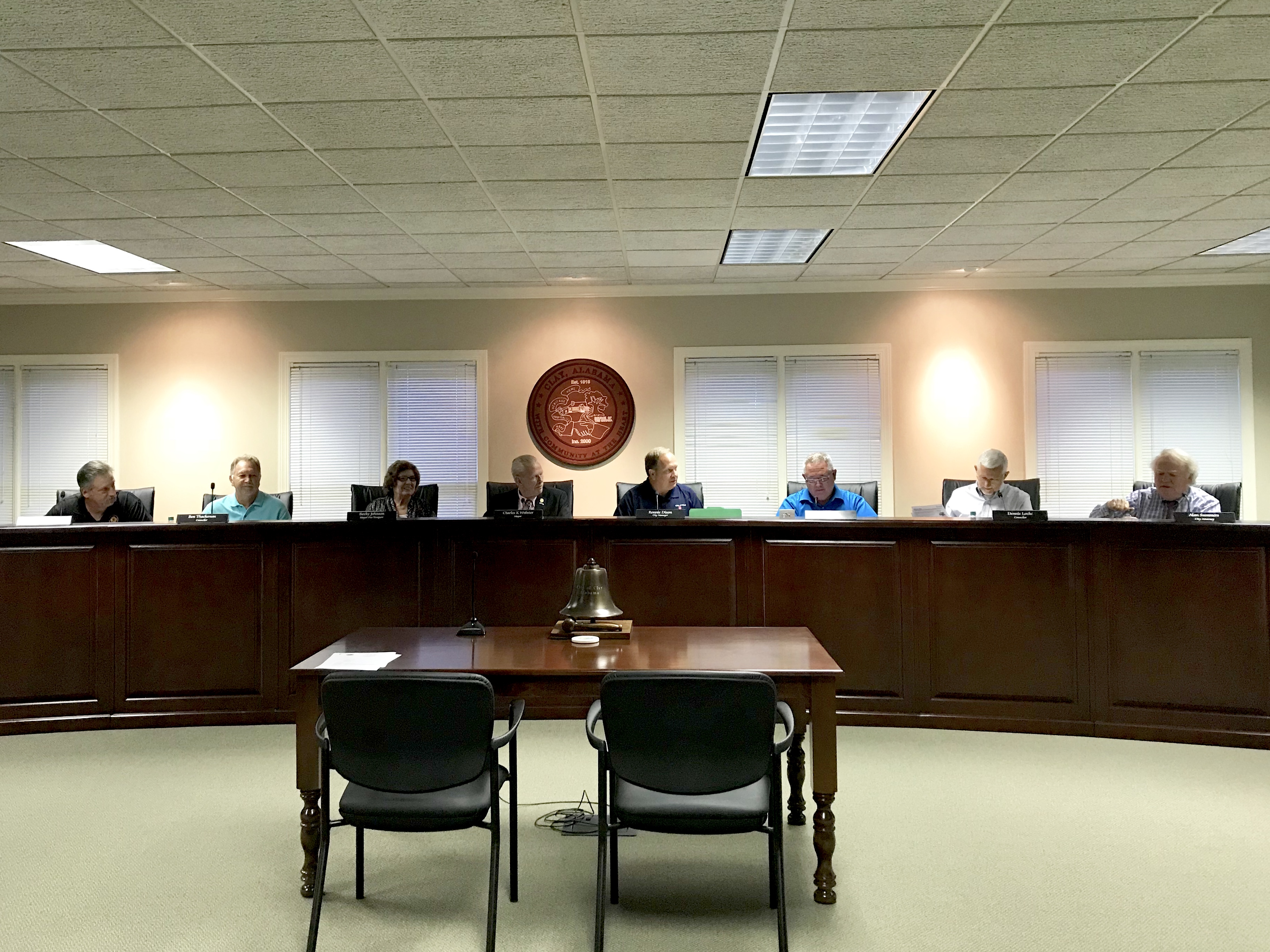 This year’s festival will take place after Halloween, on Friday, Nov. 2 from 6 p.m. until 8 p.m. at the Clay-Chalkville High School football stadium.

“As we discussed in pre-council, we have an ever-growing fall festival that we’re having this year,” Councilor Bo Johnson said during the regular council meeting. “Who knows, we might have 10,000 people by the time it’s over with, but we’re going to plan for 4,000, so we need help. If (anyone) wants to volunteer to help, we’d appreciate the love.”

The event is completely free to the public and will host several booths and candy stations, a petting zoo, games, inflatables, and free food and drinks including Chick-fil-A sandwiches, hot dogs, popcorn and cotton candy.

The bands and cheerleaders from both CCHS and CCMS will perform at the festival, as well.

City Manager Ronnie Dixon said that 2,000 people were in attendance of the first City of Clay Fall Festival last year. The city was not expecting such a big turnout and the food ran out quickly. This year, the city plans to prepare for an even larger turnout: 4,000 people.

“I’m more concerned about running out of food 30 minutes in than I am about inflatables or any of that stuff,” Dixon said. “We’ll be having the big inflatables, the extra-large ones, so they’ll handle more kids per (inflatable). We have four that will be the big ones: a big slide, two big bounce houses and one is some kind of maze or obstacle course.”

Johnson said that he is still waiting to hear from Chick-fil-A and local churches on how much food they plan to bring, but Mayor Charles Webster offered a solution in case the food were to run out.

“We could get our concession people to come in there,” Webster said. “We could buy the hotdogs and pay for that, that way at least everybody gets a hot dog. When Chick-fil-A runs out, they can have a hot dog or hamburger, just to sort of subsidize what everybody else is going to bring.”

Webster also said that he is talking to people about the possibility of having a firework show after the festival.

“Nothing really big,” Webster said. “We could do it small this year and maybe next year do a little bit bigger. Do a little bit more each year.”

Johnson said that if any individuals, businesses or churches are interested in volunteering for the event, to please contact him. He can be contacted through Clay City Hall.

“What a great opportunity to serve the local community,” he said. “We’re looking forward to that. We’ll start tweaking that and have all the details kind of in place within the next week, I’m sure. It should be a really fun community-wide event this year.”

In other city news, Councilor Dennis Locke announced the September winners of the city’s $500 school grants:

For Clay Elementary, the award goes to Kindergarten teacher Shelby O’Donnell for the purchase of new reading and math games.

For CCMS, the winner is English teacher Joseph Schill for the purchase of software and equipment to start a media club.

Finally, for CCHS, the grant was awarded to Special Education teacher Julie Crouch, and will be used for sports equipment and adaptive equipment, which will allow special needs students to participate in P.E. class alongside their peers, despite any physical limitations.

“Congratulations to all three of those teachers,” Locke said.