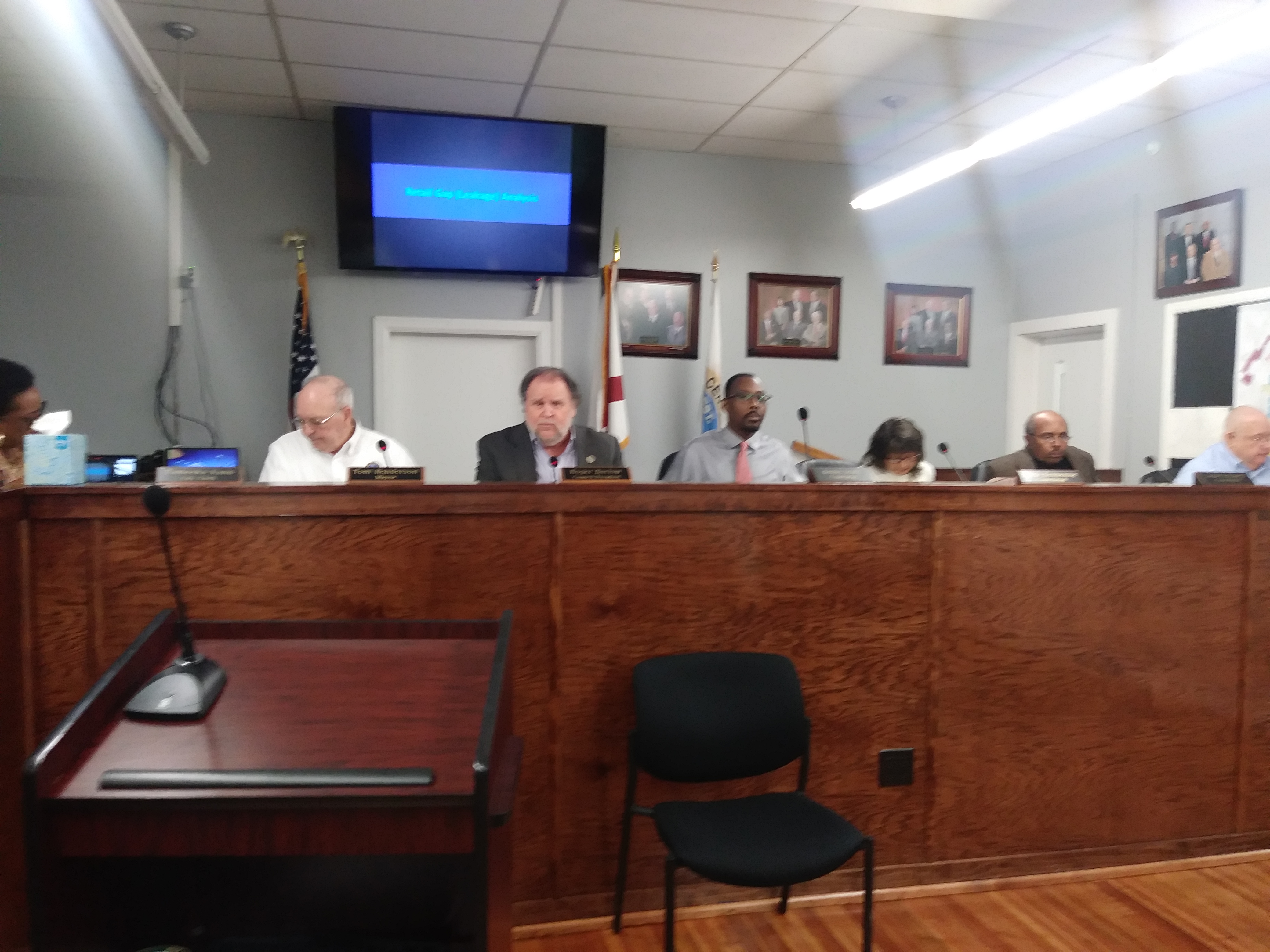 Center Point City Council at a meeting on March 8, 2018. Photo by Nathan Prewett.

CENTER POINT — The Center Point City Council met on Thursday.  Council President Roger Barlow led the room in a call to order, invocation and a pledge of allegiance to the flag.  Afterwards, a roll call was performed, and once it was confirmed that a quorum had been achieved, the council proceeded with city business.

Under new business the council approved a memorandum of understanding with Jefferson County regarding debris removal.  It was approved unanimously.

Under unfinished business the council considered a resolution deciding not to demolish a residence located at 2212 Second Street NE.  The property was slated for destruction, due to its state of disrepair and as it might have been a danger to the public, but the property owners were able to make all the necessary repairs.  The council passed, unanimously, a resolution to not demolish the property.

Also, under unfinished business the council considered a proposal to allow the Center Point Civic Association to donate the Civitan Park to the city of Center Point.  The council decided to accept the donation unanimously.

At the conclusion of new and unfinished business the mayor addressed the council about the following items: