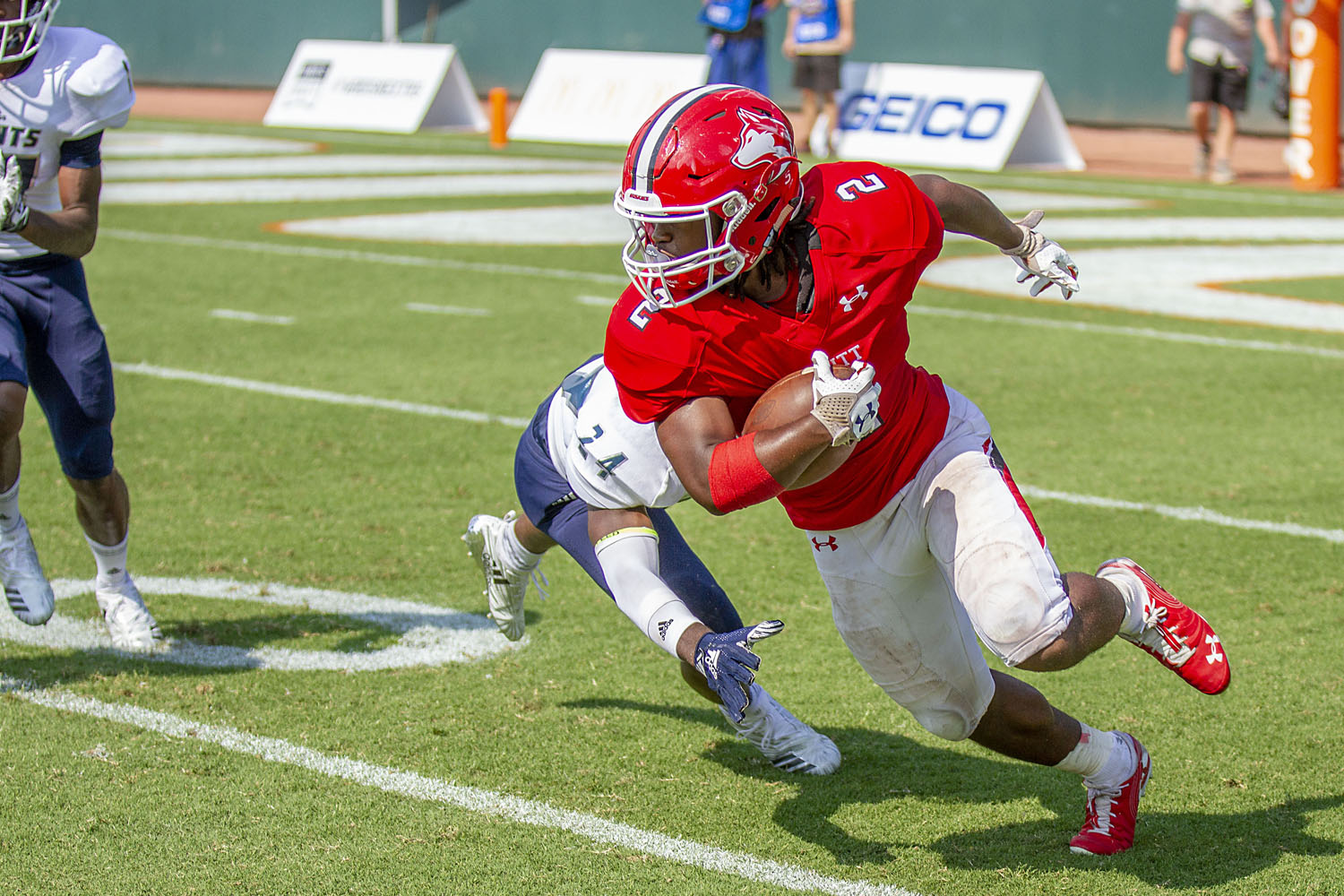 TRUSSVILLE— The stakes are pretty high this week for the Hewitt-Trussville Huskies. The number one spot in region 3 in 7A is up for grabs in this game against the Mountain Brook Spartans with only two more weeks of region play left.

The Huskies have rolled through the season after their season opening loss to Cedar Grove and have not lost a game. The big play offense of the Huskies has not diminished in any way and come into the contest averaging 43.1 points per game.

The high profile offense of the Huskies have not faced a defense as dominant as Mountain Brook this season. The Spartan defense comes in giving up an average of seven points a game. They have three shutouts on the season and have only given up 14 points three times. I expect the Huskies to give the Spartans more of an offensive show than they have seen this season.

Sophomore runningback Armoni Goodwin has 932 rushing yards and a wonderful 7.2 yards per carry with 10 touchdowns for the Huskies and has no problem carrying the load as he did earlier in the season in which he carried the ball 32 times. I look for him to shoulder most of the load on the ground this week to prove the physicality of the Huskies rushing offense gels well with the finesse of the pass game.

The Husky defense has improved week in and week out. Defensive coordinator Rudy Griffin has his unit playing with a type of championship effort that was lacking earlier in the 2018 season.  The anchoring of the defense starts with the defensive line.

The defensive line creating havoc for a Spartan offense that averages over 30 points a game will be key this week. Defensive end Tyler Antkowiak leads the team in takcles with 66 for the season with two field goal blocks as well. 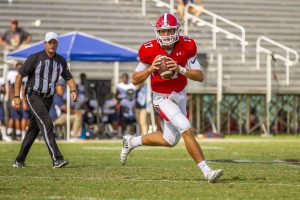 Paul Tyson looks to continue to add to his 1,982 passing yards and 20 TD’s this week against Mountain Brook.

Creed Parker continues to lead the way in the back end with 65 tackles himself. I am still expecting for conerback Malachi Moore to make an interception at some point. He has been targeted very few times this season so his chances have been very slim but I have a feeling Mountain Brook will eventually make a mistake and give him the interception he has been searching for this season.