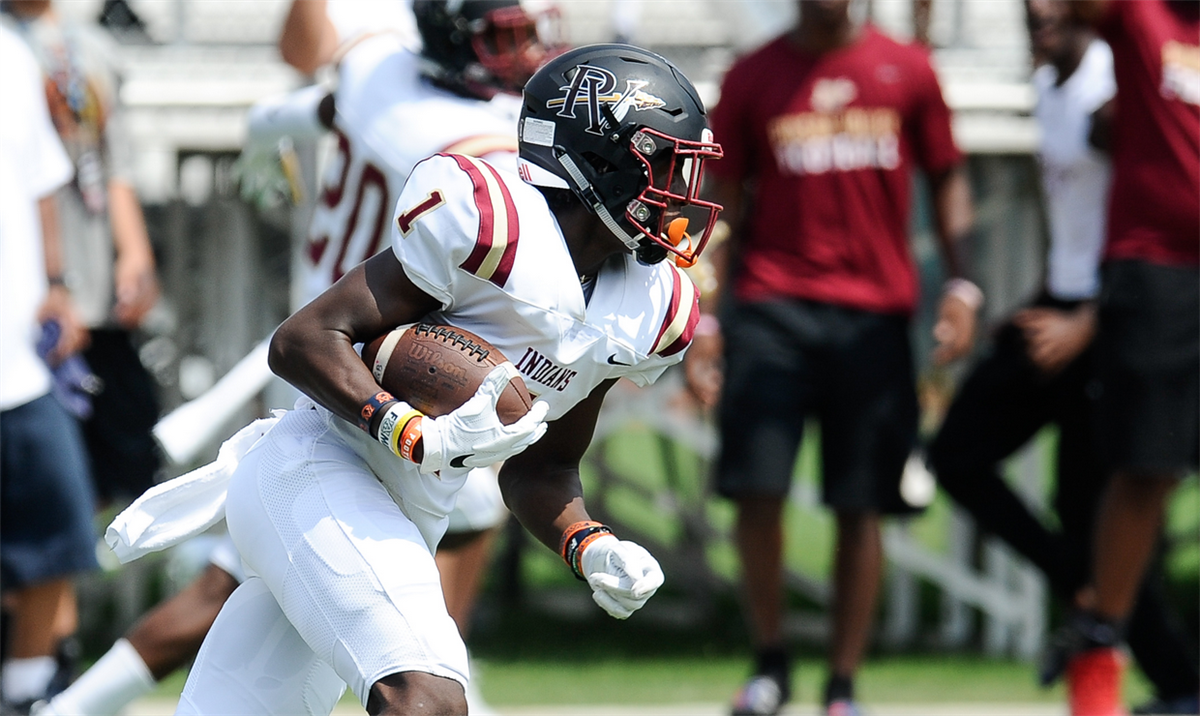 PINSON— With a win on Friday night against Huffman, Pinson Valley can wrap up Region 6 with two more games to go in the regular season. Even though the Indians have one more region game, Pinson Valley has tie-breakers over both Clay-Chalkville and Oxford and could begin preparing for another run at a state title with the region firmly in hand. Friday night’s game will be just the ninth meeting between the two schools who have split the meetings evenly 4-4. Pinson Valley won the last meeting 8-0 in 2015.

Huffman has a had a tough year as they are just 1-6. Don’t let the record fool you entirely though. The Vikings lost their first three games by a total of 23 points, an average of just over a touchdown a game. The Vikings got their first win of the year three weeks ago against Pell City but unfortunately had back-to-back games against Hewitt-Trussville and Oxford the following two weeks, scoring a total of six points in those two games.

For Pinson Valley, the remaining teams on their schedule are a combined 5-14 so the expectation is that the Indians should win out before starting postseason play. While the focus is usually centered around the offense, the Indians defense has really stepped up since the opener against Hoover.

The Indians have given up over 20 points in only one game since then and have dominated opposing offenses. The Indians are allowing just 239 yards per game and just 11 points per game. The last two weeks have been even better as Pinson Valley gave up just 206 yards of total offense and 13 points to an Oxford team who has scored 28 or more points in every game except against Pinson Valley. The Indians held Gardendale to just 137 yards of total offense and a single touchdown. 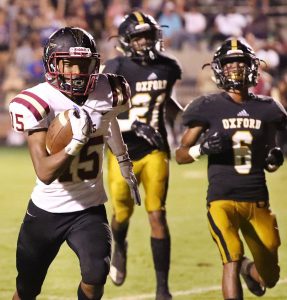 Keyonteze Johnson looks to keep his Indians in the number one spot in 6A.

Speaking of offense, Bo Nix is now just 96 yards away from breaking the 10,000 total yards mark in his career and should get there this week. The offense continues to shine as a quick strike weapon. Last week against Gardendale, the Indians scored 42 points while having the ball just shy of 20 minutes for the entire game. Starting running back Jay Sharp did leave the game early with what appeared to be an ankle injury but no word on whether he will start this week or not. His brother Mike stepped in and filled the void in the running game last week as he seven carries for 30 yards.

For the Indians, Friday night should be another chance to hone their skills as they march toward the playoffs. Bo Nix, Jay Sharp, and a wide receiving corps that features multiple dangerous targets in Keyonteze Johnson, Geordan Pollard, Demarion Holloman, and Gaquincey McKinstry, it’s just a matter of finding the right balance as they prepare for the rest of their schedule and the playoffs. The Indians defense continues to improve each and every week and should provide this team a solid base for the rest of the season.