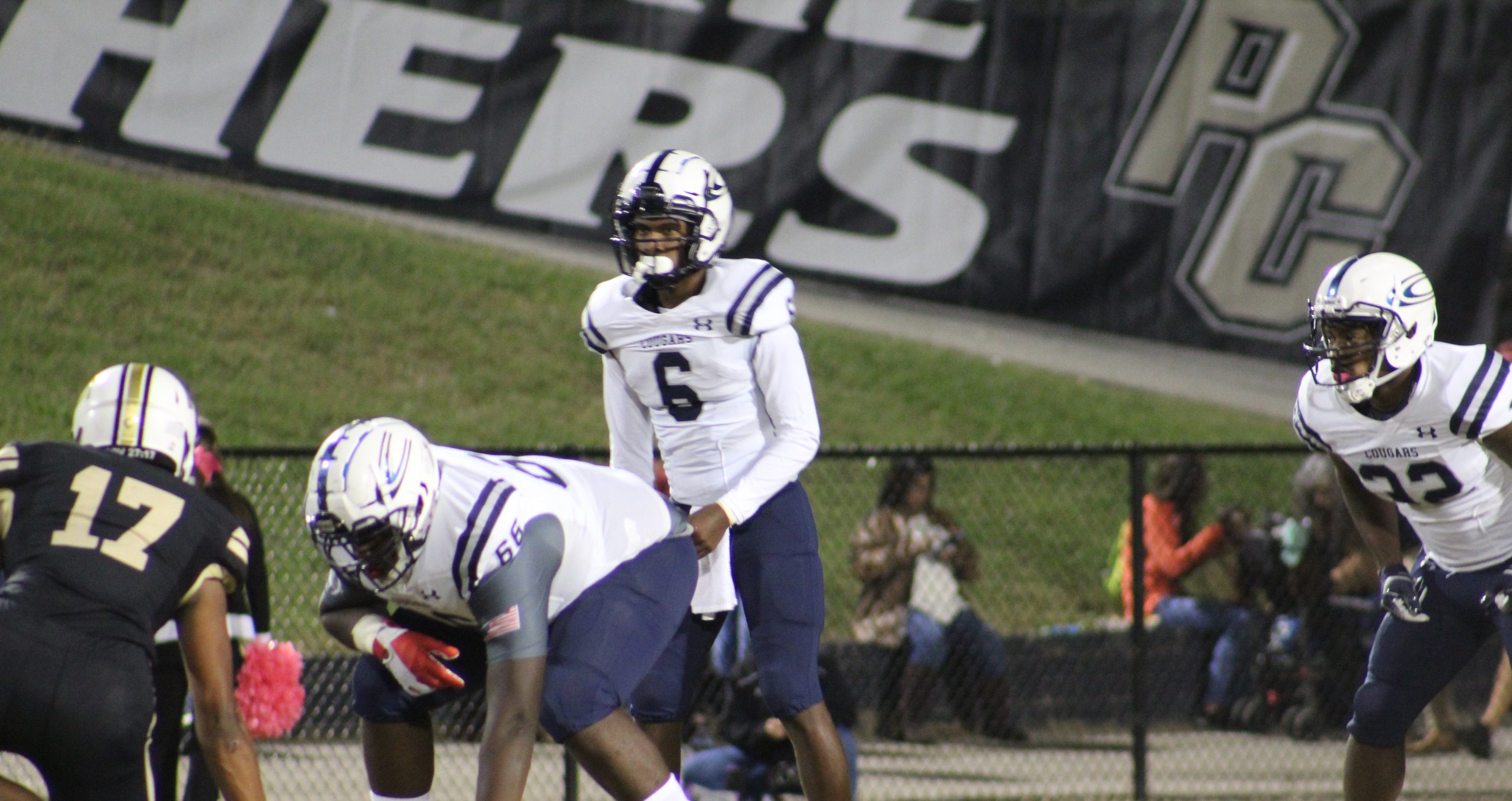 PELL CITY— On Friday night the Clay-Chalkville Cougars marched into Pete Rich Stadium, and left with a 61-0 victory over the home standing Pell City Panthers.

This was the first shutout for the Cougars defense on the season, as they controlled the line of scrimmage the for the better part of the game. When asked about the performance of the defense, Coach Gilmer replied “Better, better, we were more aggressive, but still need to clean up some stuff”.

The Cougars led 30-0 at halftime, and in the second half, the second string offense picked up where the starters left off. Backup quarterback Damion Ward tacked on a pair of touchdowns, one on the ground and one through the air. The rushing touchdown was good for eight yards, the passing score was a 23 yard pass to Antonio Miles.

JaMichael Thompson had a pair of receiving touchdowns on the night, both from Miller. His first touchdown came as Miller hit him in stride in the end zone for a 39-yard touchdown. The second touchdown came in the second quarter, this time for 23 yards.

Despite scoring 61 points on the night, Coach Gilmer was still a tad disappointed in the offensive production, “We had some good plays, but we had way too many penalties… offensively we didn’t finish some drives we needed to.” He said.

The win sets up a showdown next weekend against the Oxford Yellow Jackets at home. A win for the Cougars and they will have sole possession of second place Class 6A Region 6.