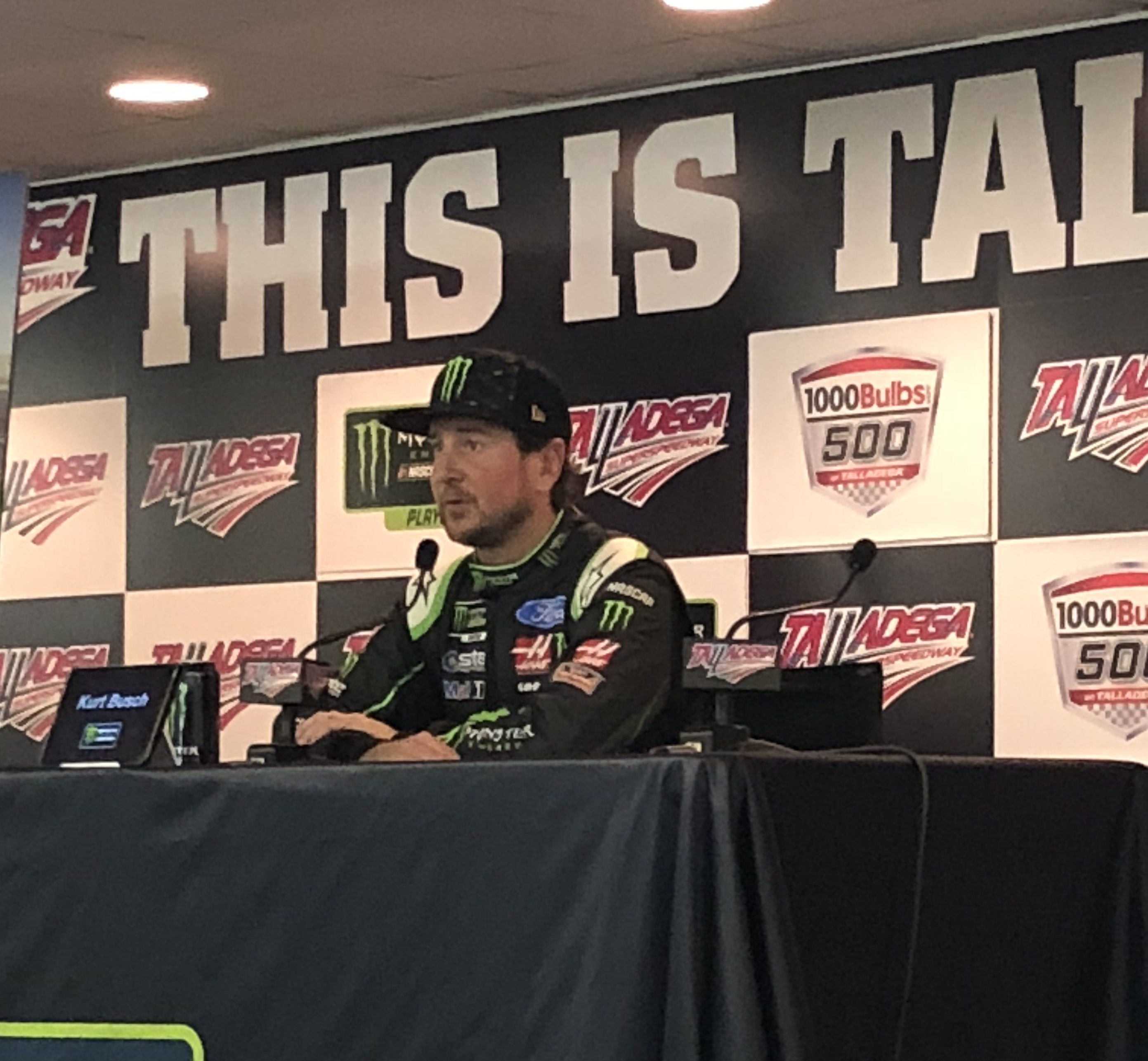 TALLADEGA – After practice at Talladega Superspeedway Saturday morning, October 13, the driver of the number four Jimmy John’s Ford Fusion, Kevin Harvick tops the chart with a speed of 204 mph and further proves the dominance of the Fords at Talladega. 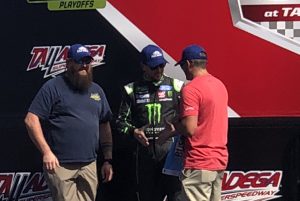 The results of qualifying later that afternoon put the driver of the number forty-one Monster Energy Ford Fusion, Kurt Busch, with an outstanding time of 48:90 almost five tenths ahead of second-place Kevin Harvick and about seven-tenths ahead of third place Clint Bowyer – all members of Stewart-Haas Racing. SHR swept the top four starting positions at Talladega. This is Busch’s first restrictor-plate pole in his career.
“Impressive and a team effort to have teammates qualify in first, second, third, and fourth,” said Busch. “I have been working on a first restrictor-plate pole. It has been on my bucket list. Today is a big feather in the cap, tomorrow will be time to execute the race.” 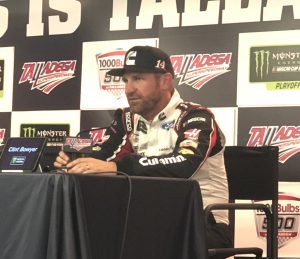 Clint Boyer, who will star in the third position on Sunday at Talladega Superspeedway 1000bulb.com 500. Photo by Tanna M. Friday

His teammate, Clint Boyer, added that it is easier to make a plan for the race on Sunday than to make it happen.

After being asked what if he teammate he’d race for the win at Talladega, Boyer shared he enjoyed racing with Jeff Burton but would love to race Kevin Harvick because “he wins too much.”
He shared that if he had to wreck one, “it is always easier to ask for forgiveness than to ask for permission.” 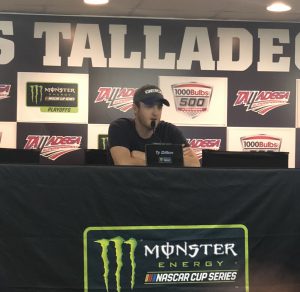 After catching up with Ty Dillion, who is the grandson of Richard Childress owner of RCR, he shared that after the announcement of Ryan Newman no returning to the number 31 Chevy Camaro ZL1, Dillon never received a call or even thought about joining RCR since he signed a 2-year extension with Germain Racing.

He also added that “RCR was my world and still is, but Germain Racing is my career,” so, to him, it is out of the question to come to RCR.”