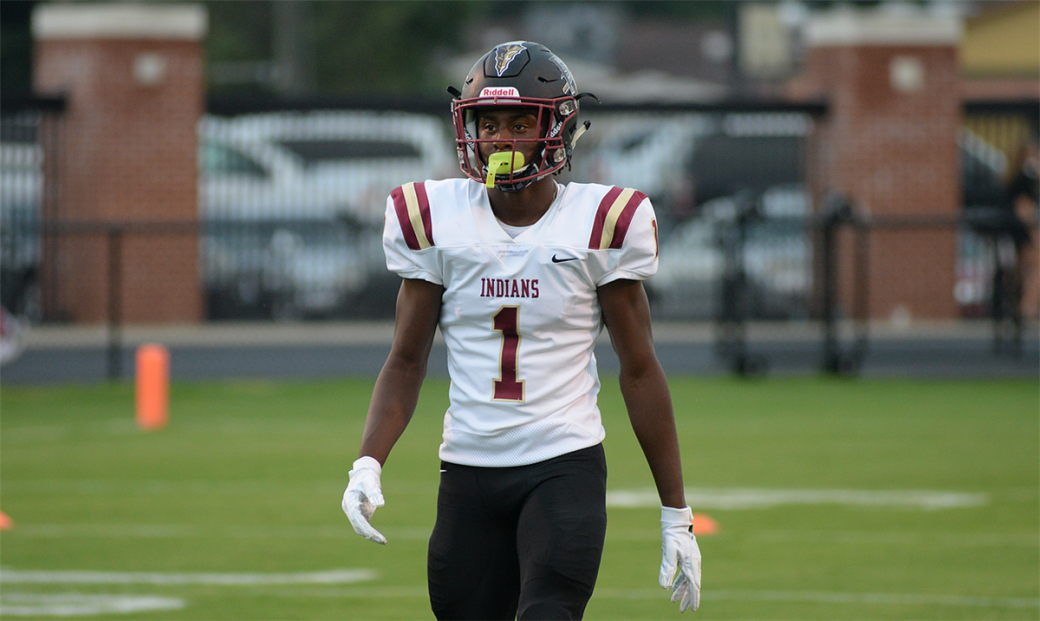 BIRMINGHAM— The Pinson Valley Indians continue their winning ways as they pitch a near perfect game to go to 6-1 on the season with a 41-6 win over Huffman on Friday. The Indians racked up 471 yards of total offense while allowing a singular fourth quarter touchdown in their fifth region win in a row.

Nix would find McKinstry again on a 7-yard touchdown pass to extend the Indians lead to 41-0 before Huffman finally got on the board in the fourth quarter on a 10-yard touchdown run by Anthony Wiggins.

Nix finished his day going 26-of-40 for 390 yards, six touchdowns and one interception on the night. Kenji Christian lead all Indian rushers with 11 carries for 78 yards. Keyonteze Johnson caught 13 passes for 175 yards and one touchdown on the night. Four different receivers caught touchdown passes on the night.

The Indians ran 57 plays at an average of 8.3 yards per play while scoring all 41 points in less than 21 minutes of possession time. The Indians also racked up seven penalties, something head coach Patrick Nix has mentioned as something the team needs to continue to clean up each week.

As for the defense, they allowed only the one touchdown and just 249 yards of total offense on the night. The Indians also totaled three sacks on the night. Antoine Williams lead all tacklers with 7.5 while adding half a tackle for loss.

The Indians will finish up region play next week against Pell City.