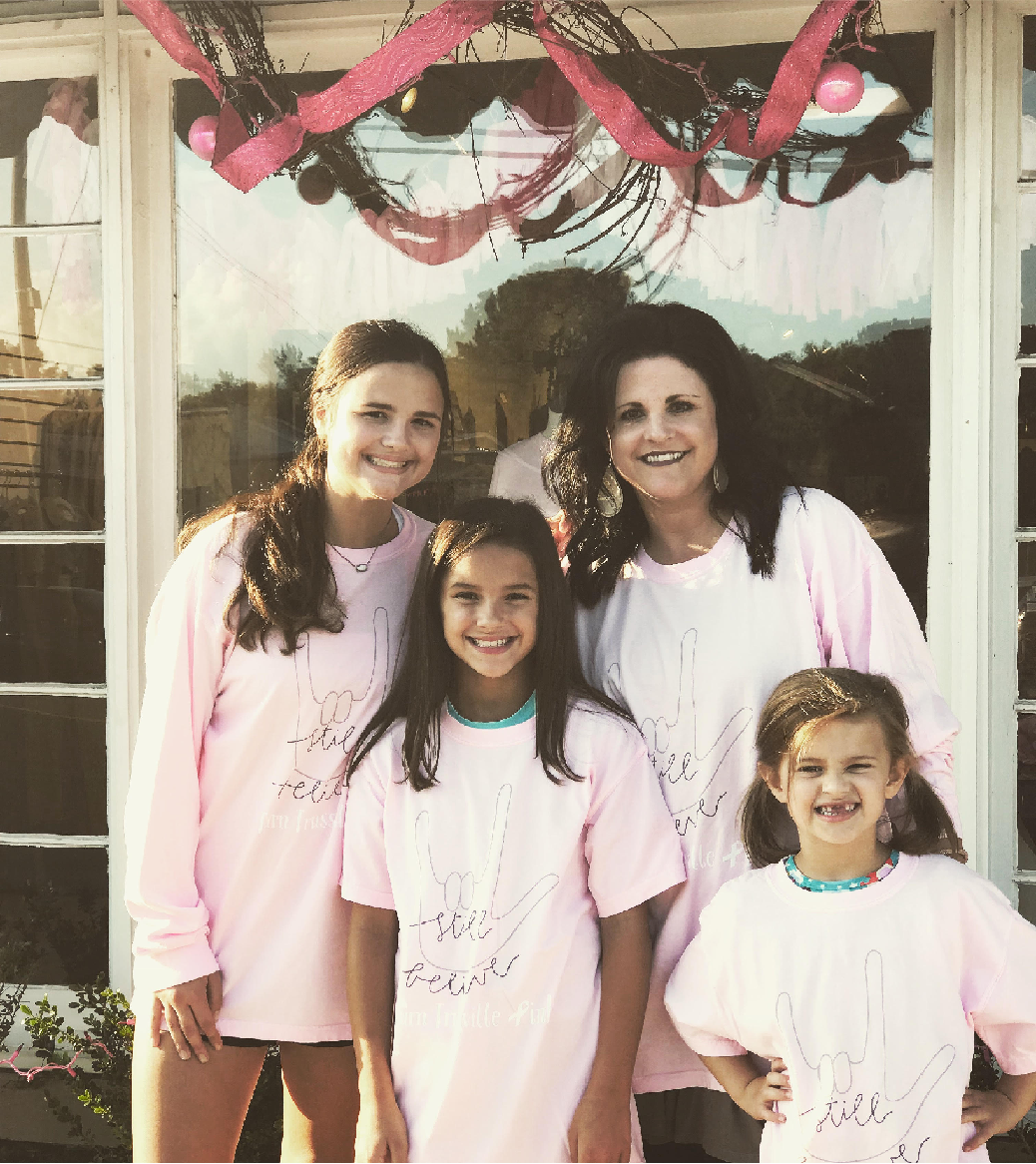 TRUSSVILLE – On Wednesday citizens and businesses across the city will be Turning Trussville Pink with pink ribbons on doorways, pink t-shirts on people, and even pink grits at Waffle House. 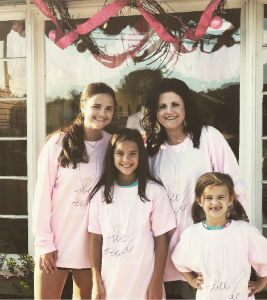 Turn Trussville Pink started  in 2006, at Hewitt-Trussville High School, as a way to honor two teachers whom had been diagnosed with breast cancer.  Students showed their support by wearing message t-shirts and fundraising for cancer research.  In the past 12 years the event has grown well beyond the bounds of the campus; becoming a day for all residents to honor those struggling with the disease, increase awareness of the condition and to raise the funds necessary to win the fight against breast cancer.

The most inspiring symbol of this year’s Turn Trussville Pink are the pink shirts adorned with the “I love you” hand gesture and carrying the words ‘still believe’ along the palm of the hand.  The shirts serve to honor Turn Trussville Pink’s co-creator Kathy White.

As her son, Joshua White, explained, ““My mother, Kathy, was originally diagnosed with breast cancer in 2001, she was in remission for 15 years, she was re-diagnosed in 2016…”  White continued, “She passed away in August of this year and she really was the person behind Turn Trussville Pink.  She was never one for the spotlight, but I think Turn Trussville Pink exists because of her. Because of her enthusiasm and her work. This year the t-shirt is in honor of her and the 12 years of creation, passion and energy that she turned into Turn Trussville Pink.”

She is the reason for the hand gesture and the words appearing on the t-shirt.  White said, ““That hand gesture, that ‘I love you’, is what she did to everybody.  That was her thing.  And also ‘still believe’, that was core to her being. Believing it, believe there is a purpose, believe that all things are possible through Christ, believe that God can use you and your story to make a difference.  That was her mission.”

“Now that she is gone we wanted to carry on her legacy and say, ‘still believe, still believe’.  And we believe in her honor.”

Since 2009 the AKW Foundation, a non-profit organization, has existed to help facilitate Turn Trussville Pink.  100 percent of the proceeds taken in by the organization are given to the UAB Comprehensive Cancer Center.

White believes that if the AKW Foundation’s mission could be summed up in two words, those two words would be: support and research.

“There are people in our community that are going through treatment for breast cancer or maybe who have lost someone to breast cancer and our goal is to be there for them in a physical way.  That is the point of the t-shirts, to be visible. To say ‘we’re here, we’re here to support you, we’re here with you, you’re not by yourself.’”

White continued, “In tandem with that is to raise funds for cancer research.  Our mission is to fund-raise for cancer research.  All the money we receive goes to UAB Comprehensive Cancer Center.  Our organization, the AKW Foundation, everything we get goes to the UAB Comprehensive Cancer Center.  We believe that through research there is a cure. That is what we want to do; fundraise to find a cure for cancer.”

Although there are numerous businesses participating in raising awareness for the issue, and White appreciates each and every one of them, a few are working directly with the AKW Foundation.

Two other local businesses, that have worked tirelessly and behind the scenes, to make Turn Trussville Pink and the new t-shirts a success, are Tula J and Complete Cleaners; both of which are locations where the shirts can be purchased.

White said, “I am really grateful for Tula J and Complete Cleaners for doing this.  Not just for us our family.  This is something people in our community are walking through, these are real people and a lot of times we forget that there are real families and real stories and real people hurting, and maybe by participating in Turn Trussville Pink we can support them.”