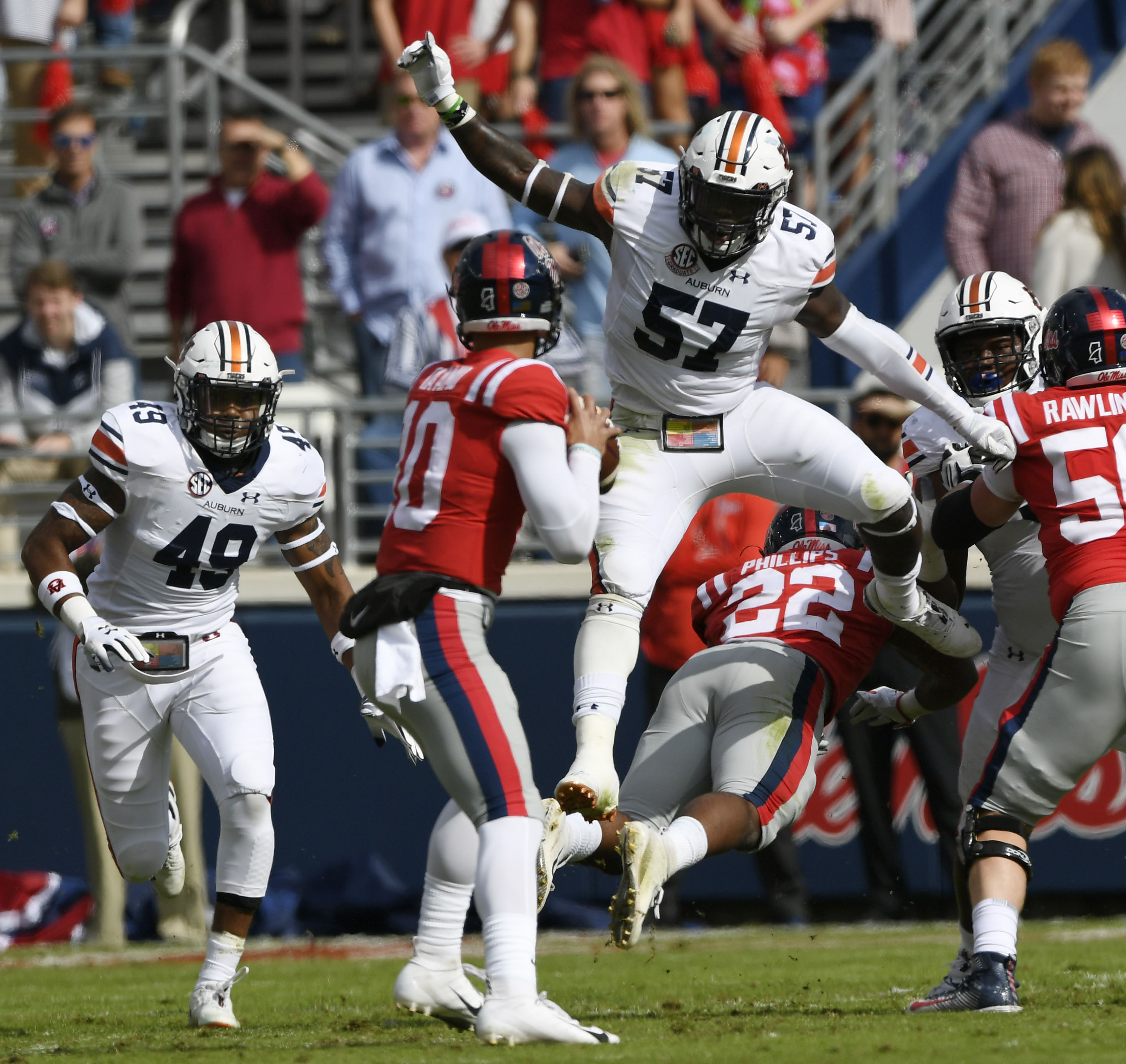 Auburn takes down Ole Miss, gets back on winning track

“We were able to run the football,” Auburn coach Gus Malzahn said of the Tigers’ 269 rushing yards on 46 carries, a 5.8 yards per carry average. “That’s getting back to Auburn football. That’s what we’ve got to do to be successful. We’ve always been our best when we’ve been balanced. To have over 200 yards rushing is huge.

“Very good win for our program. I’d like to start out by thanking the Auburn fans who traveled here. They were a big factor today. I really appreciate them being here. It meant a lot to our team.” 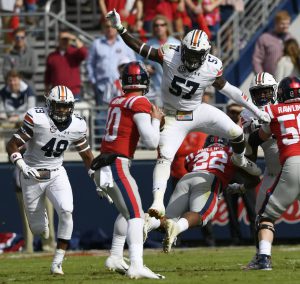 “They’re a very scary offense,” Malzahn said. “For us to hold them like we did, we didn’t give up the big plays. That was the plan, to try keep everything in front of us, and tackle. For the most part, we tackled well.”

JaTarvious Whitlow rushed for a career-high 170 yards on 19 carries and had a 3-yard touchdown catch on Auburn’s opening drive.

Leading 10-6 at the half, Auburn’s freshman receivers delivered big plays on a 68-yard drive to start the third quarter. A 21-yard pass to Seth Williams, and a 16-yard Anthony Schwartz run set up Malik Miller’s 1-yard touchdown run.

“There’s a bunch of young guys who made plays today,” Malzahn said.

After Ole Miss answered with a field goal, Whitlow raced a career-long 54 yards before Ole Miss knocked the ball loose near the goal-line. Schwartz recovered in the end zone to put Auburn ahead 24-9.

Derrick Brown then stopped Ole Miss quarterback Jordan Ta’amu for a loss of 2 on fourth-and-3 at Auburn’s 36.

One play later, Jarrett Stidham connected with Williams for a 62-yard reception, the longest of Williams’ career.

Miller scored from the 2 on the next play, his second rushing touchdown of the game, to make it 31-9. Auburn outscored Ole Miss 21-3 in the first 12 minutes of the second half.

“We played our best quarter in the third quarter and kind of put the game away,” Malzahn said.

The Rebels scored their only touchdown on A.J. Brown’s 12-yard catch with 2:24 remaining.

Whitlow quickly went to work, on his way to the third 100-yard game of his redshirt freshman season. He rushed five times for 35 yards, capping the drive with his first career touchdown catch, a 3-yarder.

Stidham was 13 of 22 for 215 yards and a touchdown. Neither team committed a turnover.

After an off week, Auburn (5-3, 2-3) returns to Jordan-Hare Stadium Nov. 6 for an SEC West showdown against Texas A&M.

“It couldn’t be coming at a better time,” Malzahn said. “We need to heal up a little bit. Get us a good plan for the next four games to finish this thing off the right way. Today’s win will help us in that direction.

“Really happy for our players and our staff. We’ve still got things we’ve got to work on. We’ve got great character on this team. It was a big win for us.”