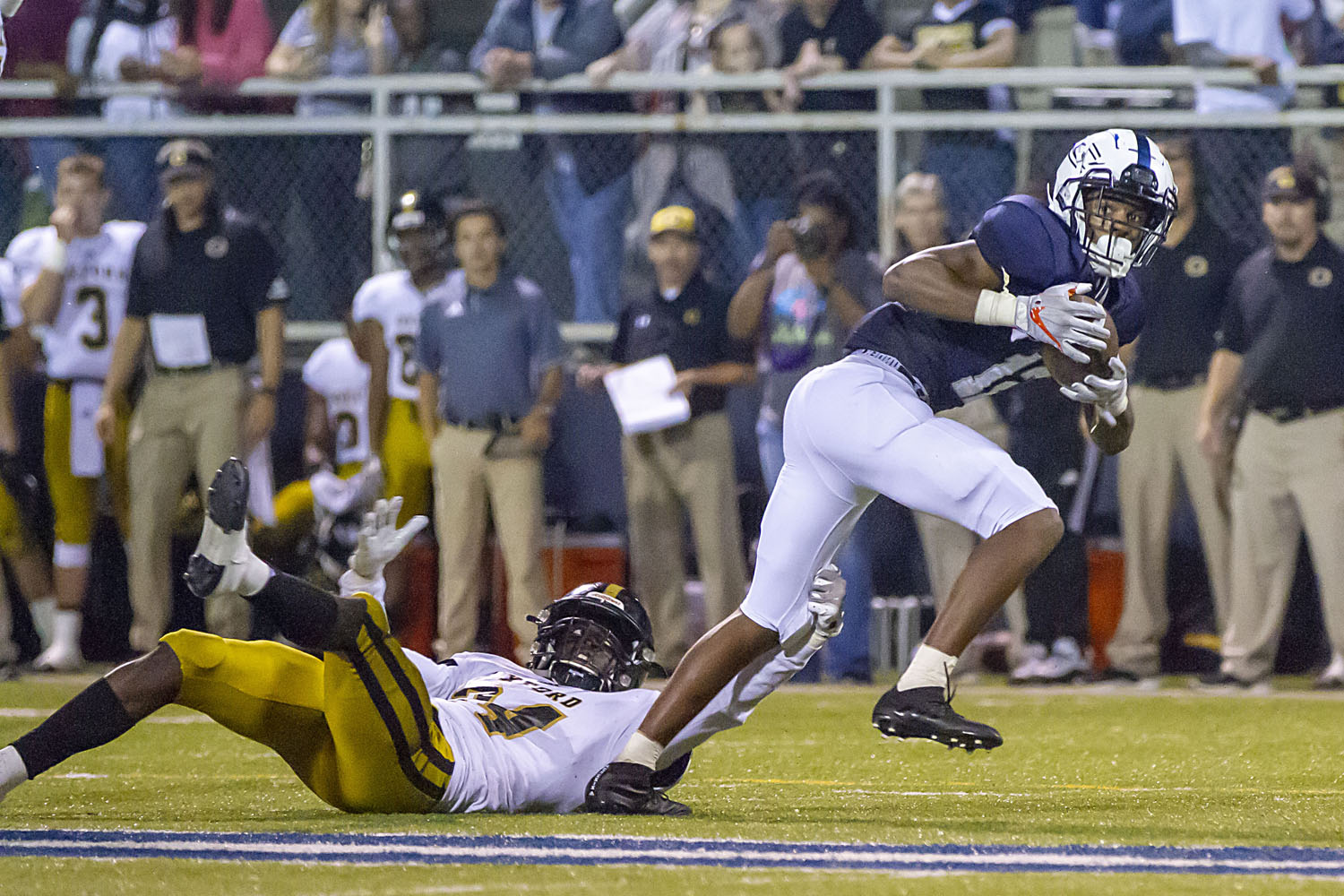 CLAY— The Clay-Chalkville Cougars defeated the Oxford Yellow Jackets 27-6 in a very physical matchup. This win by for the Cougars placed them in second place in the region as the playoff picture starts to show.

This game was defined on defense with very few possessions by both teams but Clay-Chalkville’s defense seemed to have answers for most of the Yellow Jackets plays and held them scoreless until late in the game.

After a scoreless first quarter, the scoring started with a field goal from Cougars’ Jaren Vanwinkle to take a 3-0 lead with about nine minutes left in the second quarter. He added another one with 3:19 left in the half to put them up 6-0, which stayed as such until the end of the half.

The second half sparked the Cougars offense as they seemed to move at will in the third and fourth quarters. After receiving the second half kickoff, the Cougars marched down the field and found the endzone with quarterback Willie Miller finding Anthony Lougheed on a 24 yard pass to take a 13-0 lead.

A 3-yard touchdown run for Courtney Braxton with 33 seconds remaining in the third increased the lead 20-0.

Miller finished 11-of-15 for 229 yards passing with a touchdown. He also added a rushing touchdown and 54 yards rushing. Jamichael Thompson finished with 109 yards on three receptions.