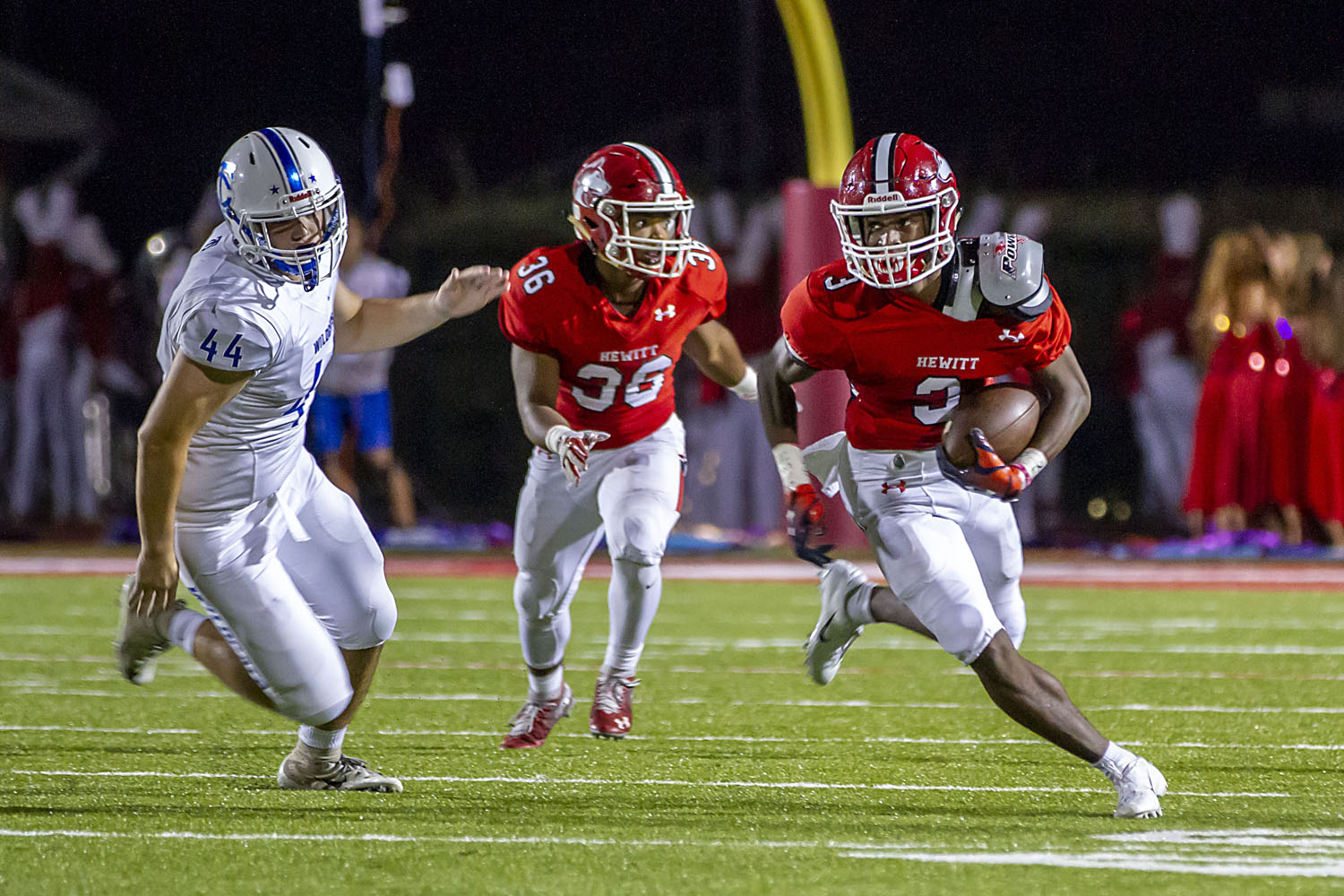 TRUSSVILLE— Hewitt-Trussville got back on the winning side with a 45-14 win over region foe Tuscaloosa County.

The Husky offense struck early and often as they jumped out to a 21-0 lead in the first quarter off of quarterback Paul Tyson. He threw a 38-yard touchdown pass to Ja’Varrius Johnson then a 16 yarder to Dazalin Worsham, and he also ran for a 5-yard touchdown.

Tyson found Johnson on a screen pass that he took to the endzone 65 yards to increase their lead 31-7 as they entered halftime.

After the half, the Huskies picked up right where they left off with an explosive 59 yard touchdown by Armoni Goodwin to increase the lead 38-7. The Tigers answered with a one yard touchdown of their own to make the game 38-14.

The Huskies proved to be too much as they wrapped up the scoring in the third after a 14 yard pass and catch from Tyson to Worsham.