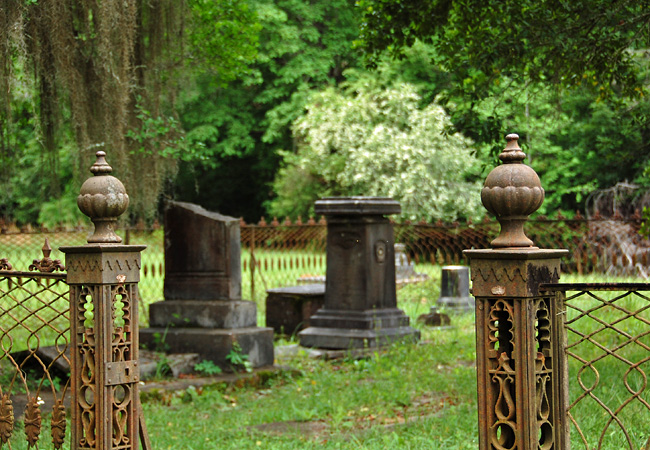 MONTGOMERY – The Alabama Historical Commission (AHC) is set to receive a $400,000 grant made available to the state from the Federal Highway Administration’s Recreation Trails Program. The Alabama Department of Economic and Community Affairs administers the program in Alabama.

The grant will be used to build a multi-use concrete trail at Old Cahawba, a historic property of the Alabama Historical Commission. The funds will also be utilized to develop an equestrian trail and construct additional restrooms.

“No place exemplifies the state’s bicentennial more than Old Cahawba, Alabama’s first state capital” said Lisa D. Jones, Executive Director, Alabama Historical Commission. “The AHC is committed to make a number of improvements at the park in conjunction with the bicentennial celebration such as the widening and creation of pedestrian trails. There will also be a new equine trail as well as parking lot improvements. A newly-erected ghost structure pavilion will replicate the first Alabama State House and be used as a trailhead.”

“I’m excited about these proposed projects, which align directly with AHC’s goals for Old Cahawba,” said Major General Walter D. Givhan, USAF, Retired, Chairman, Alabama Historical Commission. “The improvements will enhance the park’s ability to educate visitors about its history, while maintaining its character. The enhancements will further the park’s preservation efforts by providing dedicated trails and parking for visitors.  Additional projects such as interpretive signage and defining the cultural landscape will provide a better visitor experience. Overall, the improvements will allow the AHC and Old Cahawba to preserve, protect, and interpret the history of this wonderful site.”

“This is such good news,” said Linda Derry, Site Director of Old Cahawba. “I can’t think of a better way to mark the Bicentennial of Alabama’s first state capital than to build something of lasting value here. Also, receiving this grant will allow us to better serve our visitors and to widen the appeal of this very special place. My first thought, upon hearing about the grant award, was how grateful I am to the many people, organizations and local businesses that wrote letters of support. Reading those letters was a joyful experience. I hope everyone realizes how much we appreciate their support.”

The ghost structure trailhead will give the park’s staff a central point on which to focus their educational programming. The addition of an equine trail will also provide a new experience for visitors. Horseback riding is popular in the Blackbelt region. By providing ample parking for horse trailers, Cahawba can accommodate these groups. The site is also popular among cyclists.  Providing additional trails will encourage the growth of this activity.

There are no public facilities comparable to the site within thirty miles.  The combination of historical education and recreation makes Old Cahawba a unique treasure.

In addition to the opportunities created for the park, these efforts support countywide tourism. Travel and outdoor recreation account for a significant portion of economic revitalization in the county.

About Old Cahawba: Old Cahawba lies at the confluence of the Alabama and Cahaba Rivers, and from 1819 to 1826 it served as Alabama’s first capital. Today, the Alabama Historical Commission owns and operates this significant archaeological site.

About the Alabama Historical Commission:  Located in historic downtown Montgomery at 468 S. Perry Street, the Alabama Historical Commission is the state historic preservation agency for Alabama. The agency was created by an act of the state legislature in 1966 with a mission to protect, preserve and interpret Alabama’s historic places. AHC works to accomplish its mission through two fields of endeavor: Preservation and promotion of state-owned historic sites as public attractions; and, statewide programs to assist people, groups, towns, and cities with local preservation activities. For a complete list of programs and properties owned and operated by the AHC, hours of operation, and admission fees please visit ahc.alabama.gov