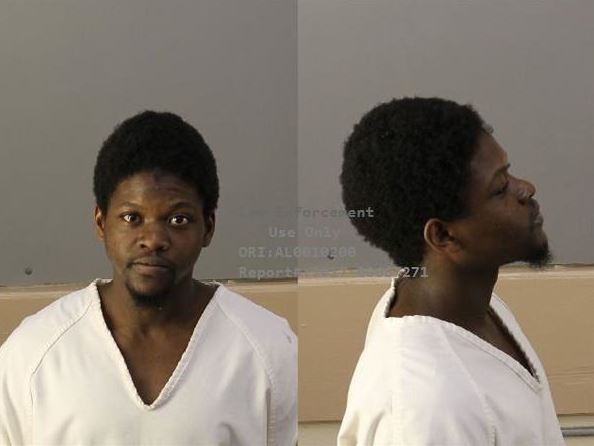 BIRMINGHAM – The Birmingham Police Department reports that detectives have arrested and charged a suspect in connection with a homicide investigation. The incident occurred on Wednesday in the 200 block of Avenue U., Pratt.

The victim has been identified as Christopher Rice, a 29-year-old black male, of Birmingham.

At approximately 12:55 p.m. on Wednesday, West Precinct officers responded to a person shot call at the incident location. After responding, officers located the victim lying near the sidewalk suffering from a gunshot wound. Birmingham Fire and Rescue responded and transported the victim to U.A.B. Hospital for treatment. On Thursday the victim was pronounced deceased as a result of his injury.

The suspect has been identified as Dominic Montgomery, a 26-year-old black male, of Birmingham.  Montgomery is currently in the custody of the Jefferson County Jail.

Although a suspect is in custody, investigators are still working to piece together the details behind the shooting.