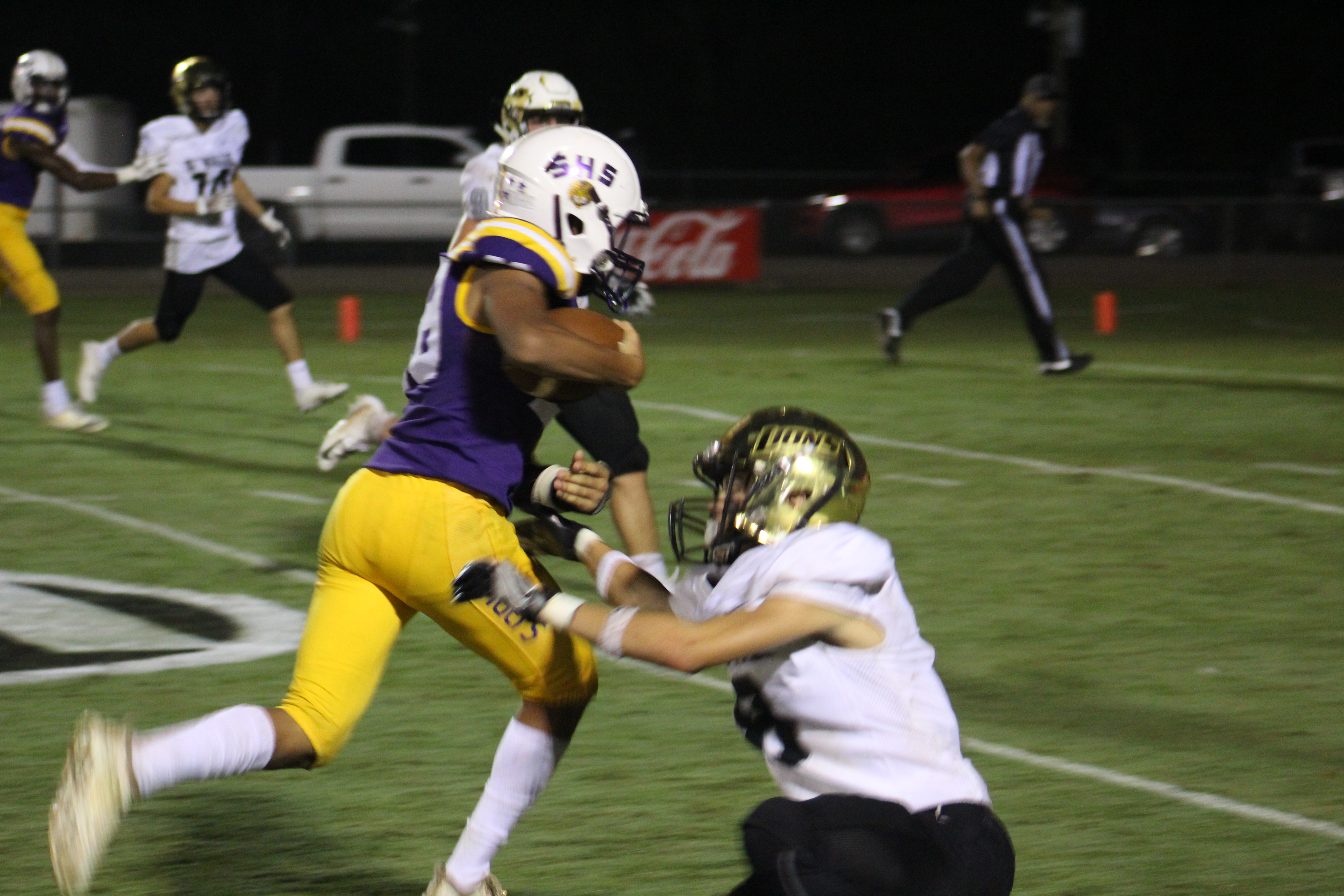 Braxton Ragland punched in two second half touchdowns on the ground to give the Saints the win.

After a scoreless first half, St. Clair County came out fast in the second half. Quarterback Cade Golden hit Jovan Ousley for a 11-yard touchdown to break open the scoring.

Ragland would add his first rushing touchdown on the Saints next drive from 19-yards outs extend their lead to 12-0 in the third quarter. All five point after attempts for both teams were no good throughout the night.

Springville quarterback Austin Hutcheson cut into the Saints lead early in the fourth quarter on a 24-yard touchdown pass to Cameron Bonner.

With four minutes remaining in the fourth quarter, St. Clair County converted a third and long on a halfback pass to extend their drive. Ragland would cap the drive with a 57-yard touchdown run to bring the lead to 18-6.

Hutcheson and Bonner would connect again for a touchdown pass late in the fourth quarter, this time from 45 yards out. Hutcheson finished the night 10/15 passing for 126 yards and two touchdowns.

The Tigers were not able to recover the onside kick giving the Saints the 18-12 win.

“We fought hard tonight,” St. Clair County coach Matt Glover said. “We just made more plays than they did down the stretch.”

With a light mist falling for most of the first half, both teams executed most of their offensive plays on the ground in a half that lasted only 44 minutes of real time. Springville threw the ball only five times in the first half. Quarterback Austin Hutcheson completed three of his five passes for 20 yards.

Bradlee Cole was the leading rusher for the Tigers in the first half with 72 yards. Cole finished with 118 yards total on the night. Hutcheson added 35 yards rushing but neither team was able to put points on the scoreboard resulting in a 0-0 stalemate in the first half.