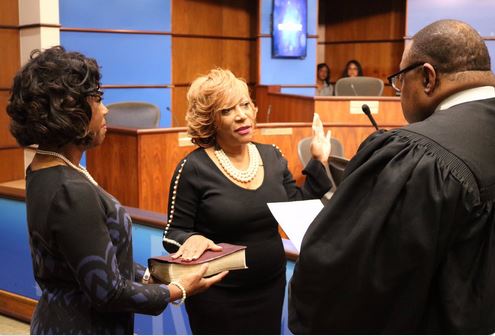 BIRMINGHAM – During today’s meeting of the Birmingham City Council the vacancy, for the District 7 seat, was filled by the appointment of Wardine Alexander, according to Al.com.

Wardine is the former president of the Birmingham Board of Education.  The vote was 5-to-3 in her favor.  Council President Valerie Abbott and Councilors William Parker, Hunter Williams, Darrell O’Quinn and Steven Hoyt voted for Alexander. Councilors Lashunda Scales, Shelia Tyson and John Hilliard did not.

During the meeting Alexander was sworn into office.  The council also selected Councilor William Parker to take on the position of president pro tempore.