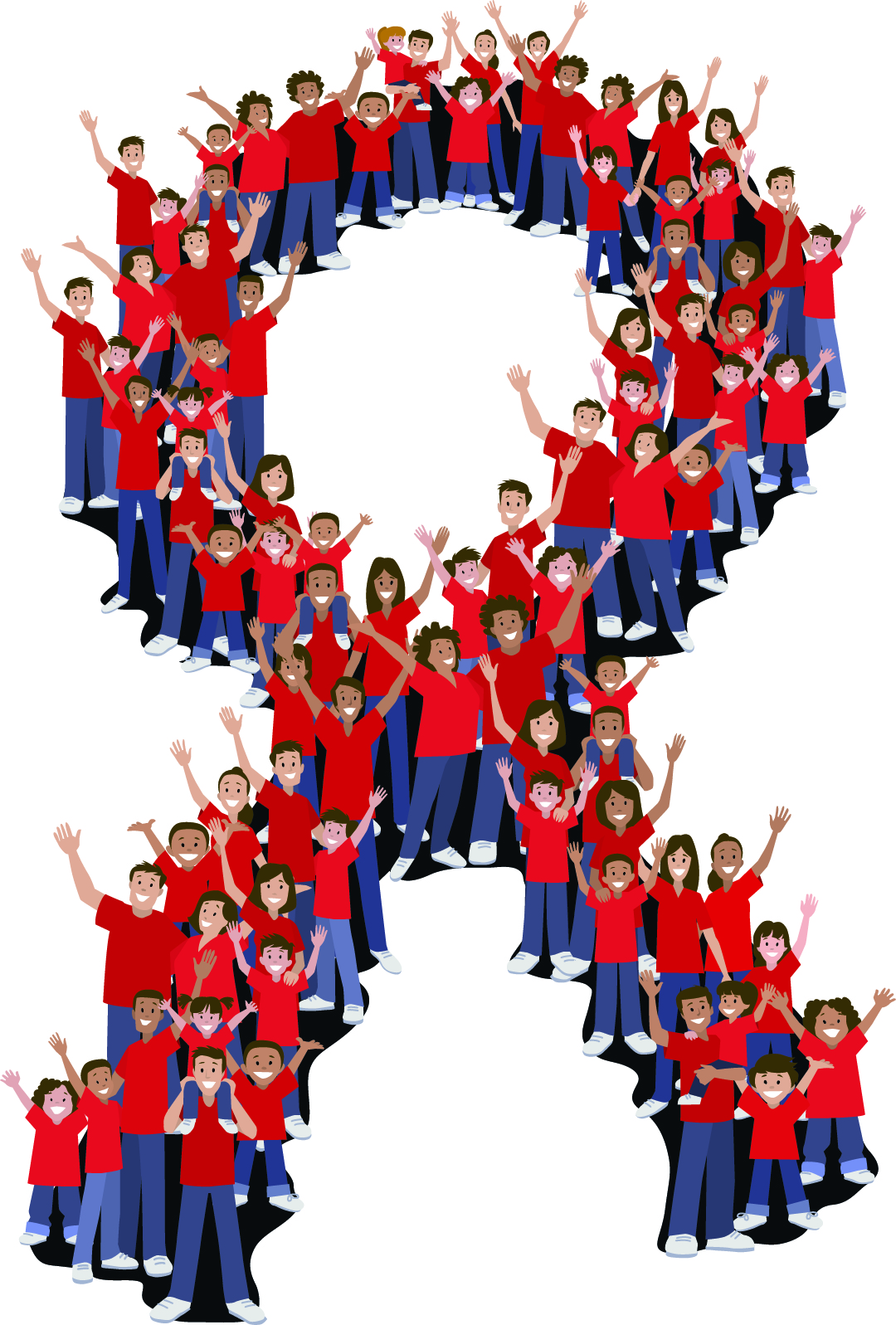 TRUSSVILLE – Trussville City Schools are encouraging students at every grade level to dress in different outfits daily this week as part of an annual character-building exercise called Red Ribbon Week.

With the nationwide theme of “Life is Your Journey, Travel Drug-Free,” students, teachers and staff have been dressing all week participating at Trussville’ three elementary schools.

Students at Cahaba Elementary are wearing workout gear Wednesday, October 31, “to show that they have balance in their life by making healthy choices.” Magnolia Elementary students are asked to dress as something that describes them on Thursday, November 1, to say, “I am an individual! I have better things to do than drugs.” Paine Elementary School students are to dress in their favorite team gear on Friday, November 2, to “Team up against drugs.”

Schools have been celebrating Red Ribbon beginning October 24-November 2. Below are Magnolia Elementary and Paine Elementary School’s schedule for the rest of this week. 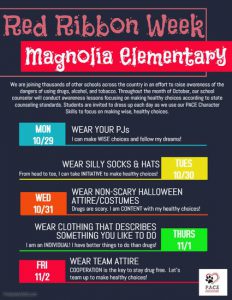 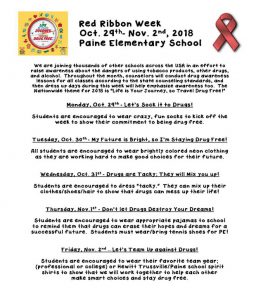 About the National Red Ribbon Campaign:

The National Family Partnership (NFP) organized the first Nationwide Red Ribbon Campaign in 1985 and provides drug awareness by sponsoring the annual National Red Ribbon Campaign. Since its conception, the Red Ribbon has touched the lives of millions of people around the world. In response to the murder of DEA Agent Enrique Camarena, angered parents and youth in communities across the country began wearing Red Ribbons as a symbol of their commitment to raise awareness of the killing and destruction caused by drugs in America.

On Feb. 7, 1985, the 37-year-old Camarena left his office to meet his wife for lunch. Five men appeared at the agent’s side and shoved him in a car. One month later, Camarena’s body was found. He had been tortured to death.

In honor of Camarena’s memory and his battle against illegal drugs, friends and neighbors began to wear red badges of satin. Parents, sick of the destruction of alcohol and other drugs, had begun forming coalitions. Some of these new coalitions took Camarena as their model and embraced his belief that one person can make a difference. These coalitions also adopted the symbol of Camarena’s memory, the red ribbon.

In 1988, NFP sponsored the first National Red Ribbon Celebration. Today, the Red Ribbon serves as a catalyst to mobilize communities to educate youth and encourage participation in drug prevention activities. Since that time, the campaign has reached millions of U.S. children and families. The National Family Partnership (NFP) and its network of individuals and organizations continue to deliver his message of hope to millions of people every year, through the National Red Ribbon Campaign™.