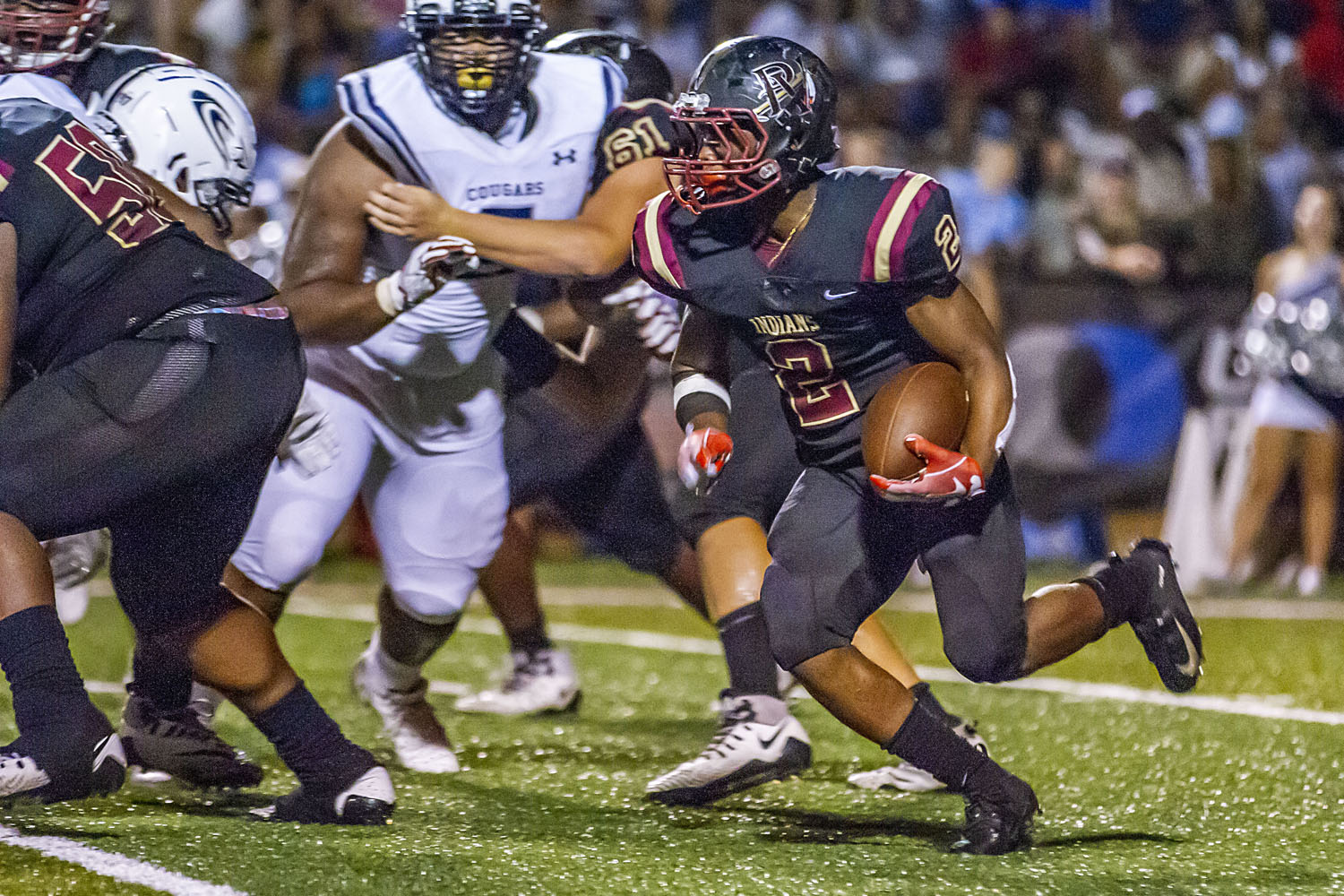 PINSON—Pinson Valley will host Lee Huntsville on Friday night in the Indians regular season finale before getting ready for the first round of the playoffs on Friday night. After a busy week of finding out who they’re first round opponent will be and quarterback Bo Nix receiving his Under Armour All-American jersey on Wednesday, the Indians will be get back to business as usual on Friday at home.

The Indians have had a week off since wrapping up region play with a 52-7 win over Pell City two weeks ago. The extra time off has given the team time to heal and get refreshed before beginning the playoff run as head coach Patrick Nix told me yesterday, “We’re healthy, now we just need to stay healthy for the next five to six weeks.”

The Lee Huntsville Generals enter Friday’s game with a 2-7 record and are battling a six-game losing streak. Even in their two wins this season, the Generals have failed to score more than 35 points in a single game this season and scoring is something you must be able to do if you’re going to beat this Pinson Valley team.

The Indians will need to focus on finding a suitable rotation at running back with Jay Sharp out for the season with a broken foot. Everyone knows the offense runs through Bo Nix but balance is key and Sharp brought that balance for most of the season. Not to mention Sharp was a critical part of the punt return game.

Speaking of Bo Nix and company, perhaps the most eye popping stat for this offense is that the Indians offensive line has yet to give up a sack this season. Part of that goes to the decision making and legs of Nix to know when to throw the ball away and when to take off but a huge part of that also goes to an offensive line that gives Nix a clean pocket to throw from more often than not.

Another key component to keep an eye on will be an outstanding Indians defense that has continued to be the silent strength of this team. While the focus is usually on the offense and Bo Nix, the defense has yet to give up double-digit points in a game since a September game against Oxford in which they surrendered a whole 13 points. Antoine Williams, Gaquincey McKinstry and Joel Parker lead a defense that could quietly be the difference to a repeat state championship. Look for those guys to dominate early and possibly see some younger faces get some valuable playing time that could boost the Indians depth and give the starters even more rest.

Overall, the Indians should be focused on taking care of business of Friday night against Lee Huntsville before focusing on Albertville next week. Securing the win, staying healthy and focusing on the task at hand and not looking forward will most assuredly be the keys on Friday night. This will be the first meeting between Pinson Valley and Lee Huntsville and unfortunately for the Generals it will be over before it ever really starts.