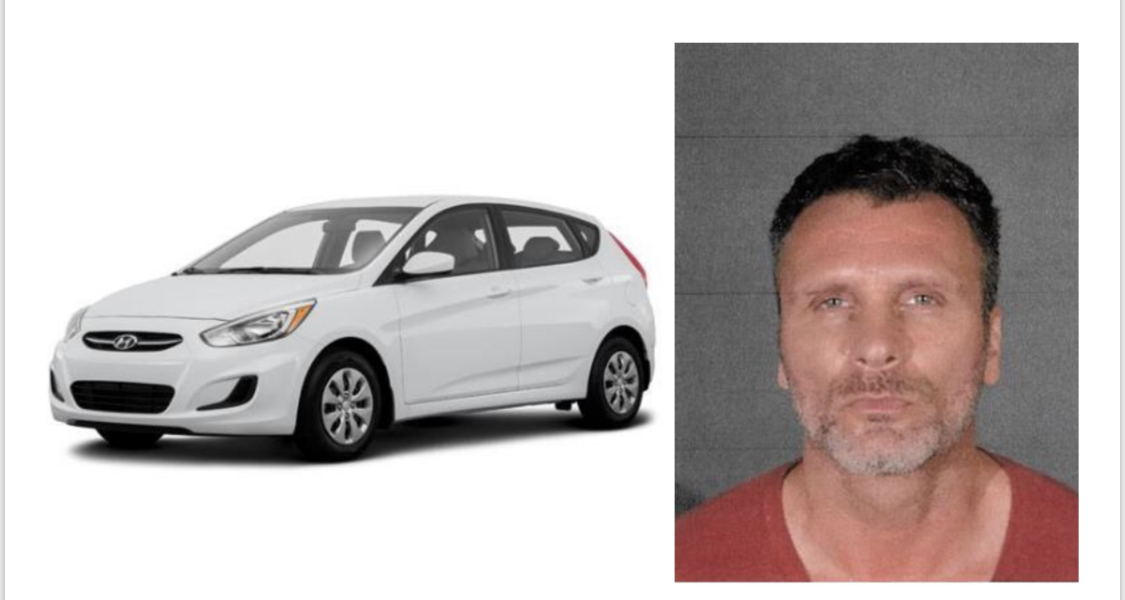 On Nov. 2, officials are reporting a recently confirmed sighting of Carlson and information is being shared with the public in order to generate tips that lead to Carlson’s arrest.  A reward of up to $100,000 is being offered in exchange for information leading to the arrest of Carlson.

Approximately two weeks ago, the FBI received information of a confirmed sighting of Carlson in the Mount Pleasant area of South Carolina where Carlson has known ties.

Based on this information, investigators believe that Carlson is likely still in the southeast area of the United States. Agents have conducted additional investigation in the area but to date, have not located Carlson. 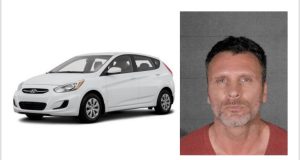 Carlson was seen in a late model white Hyundai Accent vehicle which he had been driving on previous occasions.  The state and number of the license plate on the vehicle seen by eye-witnesses two weeks ago is unclear but investigators suspect Carlson may have stolen a plate from another vehicle.

At this time, investigators have reason to suspect that Carlson may be traveling in the states listed below, but have not ruled out travel by Carlson in additional states, nor even that Carlson may have by now crossed the border:

A photograph of a vehicle similar to the one Carlson may be driving is being provided.

Below is a press release issued on 9/27/18 when officials in Los Angeles announced that Carlson had been added to the FBI’s List of Top Ten Fugitives.

Carlson, 46, is the 520th fugitive to be named to the FBI’s List of Ten Most Wanted Fugitives which has been in existence since 1950. Carlson is being sought for his alleged involvement in an armed sexual assault in the Los Angeles area. He should be considered armed and extremely dangerous.

In July 13, 2017, Carlson allegedly committed a burglary in Los Angeles during which he attempted to sexually assault a woman while using a weapon. A local arrest warrant was issued for Carlson by the Superior Court of the State of California, County of Los Angeles, on September 6, 2017, and he was charged with burglary, assault with intent to commit rape and assault with a deadly weapon. He was arrested by the LAPD in September 2017; however, Carlson posted bond and was released.

After posting bond, Carlson fled to Mount Pleasant, South Carolina. At some point thereafter, investigators believe Carlson left South Carolina with a stolen handgun, a rental car, and a significant amount of cash.

Carlson was seen in Hoover, Alabama, on November 22, 2017, where he led police on an erratic, high-speed pursuit that was terminated by the police due to the potential danger to the public.

“While the FBI publicizes hundreds of fugitives at any given time, the List of Ten Most Wanted Fugitives is reserved for a select few who need to be taken off the streets based on their horrible crimes and where widespread publicity can play an important role,” said Paul D. Delacourt, the Assistant Director in Charge of the FBI’s Los Angeles Field Office. “Greg Alyn Carlson joins the notorious Top Ten list because he is considered an enemy to the public and we believe his violence may escalate. My hope is that his photograph will be viewed by many on the Internet, on every phone, in every newspaper and on television sets across the world until he is caught.”

Based on their investigation, detectives believe Carlson is likely responsible for additional sexual assaults.

Anyone who believes they were victimized by Carlson but did not report it at the time is urged to do so by contacting LAPD Robbery Homicide at (213) 486-6910.

“We believe this collaborative effort will lead to the apprehension of Greg Carlson, an individual who has viciously attacked women and threatened the public safety over the past decade,” said Captain Billy Hayes with the Los Angeles Police Department’s Robbery Homicide Division.

After it had been established that Carlson had fled the state of California, LAPD Detectives requested the assistance of the FBI’s Fugitive Task Force in apprehending and returning Carlson to Los Angeles to face prosecution by the Los Angeles County District Attorney’s Office. On December 12, 2017, a federal arrest warrant was issued by the United States District Court, Central District of California, after Carlson was charged in a criminal complaint with unlawful flight to avoid prosecution.

Carlson may be in possession of a stolen pistol. He was last seen traveling in a stolen white, four-door, 2017 Hyundai Accent rental car with South Carolina license plate NKI-770. Carlson had previously resided in Santa Monica and Redondo Beach, California.

Carlson also uses the aliases Greg A. Carlson and Greg Alym Carlson. Carlson has indicated that he will not return to Los Angeles to face prosecution. He is described as follows:

As previously indicated, Carlson has been known to travel within Florida, Alabama and South Carolina. At this time, he could be in any state or may have fled internationally. Investigators do not have a clear understanding of whether Carlson was employed or how he may have earned money, although investigators have information suggesting he has worked as an actor in the past.

Additional information and wanted posters in English and Spanish can be found at this link: https://www.fbi.gov/wanted/topten

The FBI’s “Ten Most Wanted Fugitives” list was established in March 1950. Since then, 486 fugitives have been apprehended or located; 162 of them were apprehended as a result of citizen cooperation.

The FBI is offering a reward of up to $100,000 for information leading directly to the arrest of Greg AlynCarlson. Anyone with information concerning Carlson should take no action independently but should immediately contact the nearest FBI office or local law enforcement agency.

All information can remain anonymous and confidentiality is guaranteed. Individuals calling from outside of the United States should contact the nearest U.S. Embassy or Consulate. The FBI’s Los Angeles Field Office can be reached 24 hours a day at 888 CANT-HIDE (888 226-8443).

This fugitive investigation is being conducted by the FBI’s Fugitive Task Force in Los Angeles. The task force is a collaboration that has been in place for more than two decades with full time participation by FBI Agents; Detectives and Officers with the Los Angeles Police Department; Agents with the California Department of Corrections and Rehabilitation, Parole Division; and Officers with Los Angeles County Probation.

The task force receives considerable assistance from Agents with Immigration and Customs Enforcement (ICE), including Agents with ICE-Homeland Security Investigations.