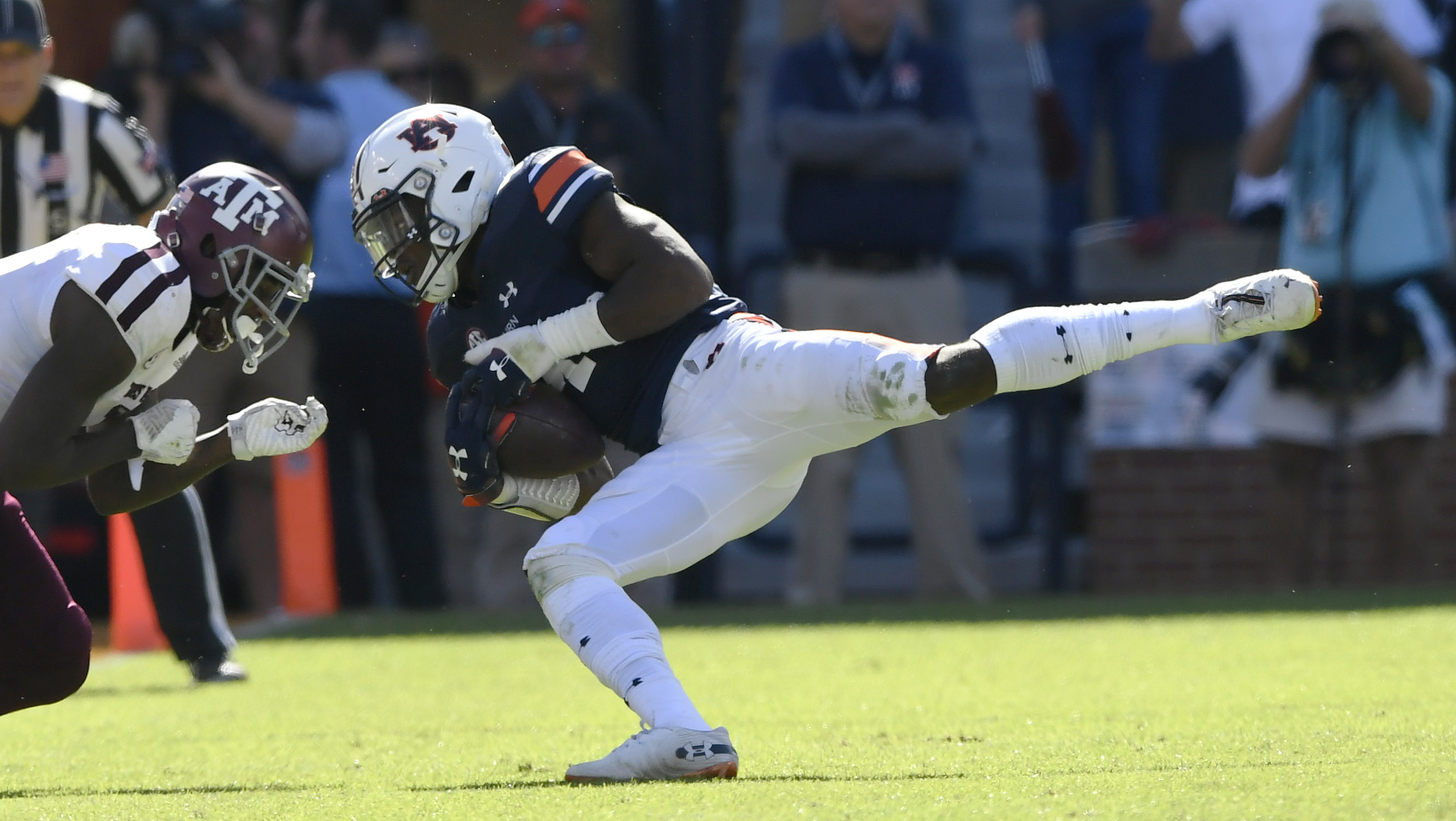 Auburn's Noah Igbinoghene gets an interception in the second half.. Photo by Todd Van Emst/AU Athletics

“I’m extremely proud of our team,” Auburn coach Gus Malzahn said. “Our guys, they kept fighting. They didn’t quit. There were plenty of times they could have. We’ve been talking all week about playing Auburn football. 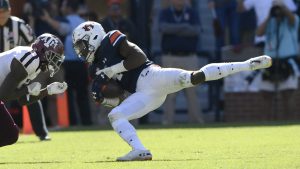 Auburn’s Noah Igbinoghene gets an interception in the second half..
Photo by Todd Van Emst/AU Athletics

“That fight, that character and everything that goes with it. And that’s really what defined it for me, the win today.  A lot of times how you win can help you moving forward, and that’ll definitely give us momentum.”

Trailing 24-14, Noah Igbinoghene’s interception gave Auburn possession at its own 29 with 7:14 remaining.

“Noah’s interception was probably the play of the game,” Malzahn said.

It was Igbinogheme’s first career interception.

Jarrett Stidham then completed five passes, three to Darius Slayton for 43 yards, to give Auburn first-and-goal at the 1. Chandler Cox scored on the next play to cut A&M’s lead to 24-21 with 5:14 to play.

“I knew it was gonna shift, because before that we knew that we needed to really play because the offense was kind of struggling a little bit,”  Igbinogheme said. “It was just crazy how it turned out when I got the pick and then we scored. I think the game changed after that pick.”

On the next play, Stidham hit Ryan Davis, who zigged and zagged up the middle for 47 yards to the Aggies’ 11.

From there, Stidham connected with Seth Williams for the game-winning score with 1:41 to play.

Stidham was 18 for 29 for 239 yards, two touchdowns and no interceptions. Slayton had eight receptions for 107 yards.

Texas A&M drove from its 16 past midfield, but Nick Coe’s sack on the final play set off a joyous celebration that started in the stands and continued in Auburn’s locker room.

“I just want to thank the fans,” Malzahn said. “The fans were unbelievable. They hung in there, and really were a big part of the game.”

Daniel Thomas forced a fumble and recorded a career-high 12 tackles. Auburn had five sacks and 12 tackles for loss.

Trayveon Williams’ third touchdown, a 1-yard run to cap the opening drive of the second half, gave the Aggies a 10-point lead at the 10:27 mark of the third quarter. Auburn shut out A&M the rest out of the game.

“We talk about fighting as Auburn Tigers,” defensive tackle Dontavious Russell said. “That’s what we came out and did. We fought. Whenever you’re able to fight and compete in the way we did and it comes out that way, that’s what we were most happy about. The fact that nobody quit and we kept fighting.”

Auburn trailed 17-14 after a back-and-forth first half.

After the Aggies kicked a field goal on their opening drive, Auburn’s defense forced a turnover, with Jamel Dean recovering a fumbled option pitch at A&M’s 20, with Thomas applying pressure on the pitch man.

Auburn took the lead on the next play, using deception. Stidham threw backwards to Ryan Davis, who fired to an open Sal Cannella for a 20-yard touchdown and a 7-3 lead with 1:37 left in the first quarter.

Texas A&M regained the lead on Williams’ 38-yard touchdown run to make it 10-7 early in the second quarter.

Stidham hit Slayton for 34 yards on a 9-play, 80-yard touchdown drive. On third-and-2 from the 11, Stidham zipped a pass across the field to a leaping Williams in the end zone for a 14-10 Auburn lead with 4:03 left in the half.

The Aggies took 17-14 lead before the half on a 14-yard screen pass to Williams.

“It was a special win,” Malzahn said. “Most teams, I don’t think, could have done that, and our guys did it today, so I’m really proud of them.”