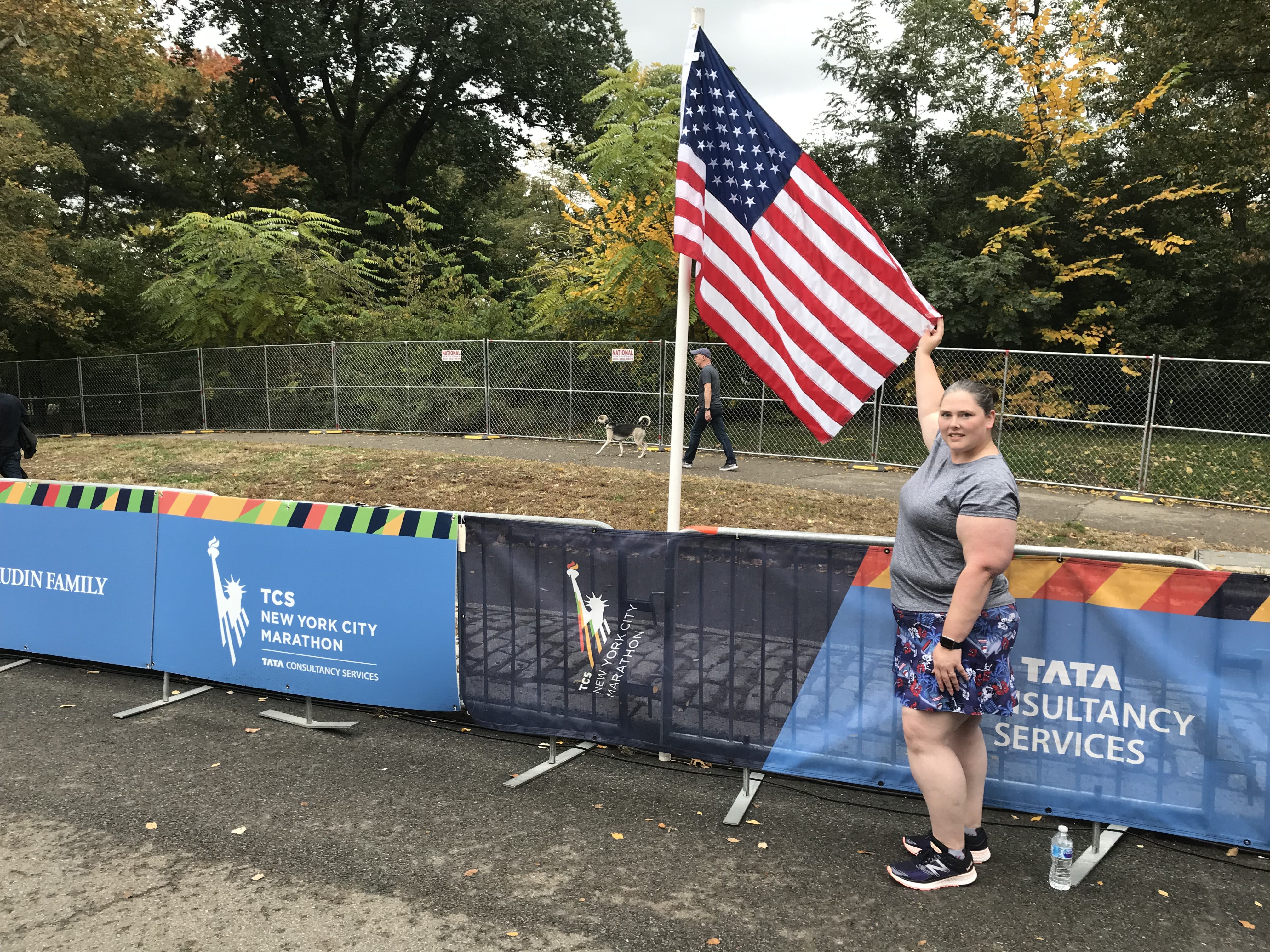 NEW YORK — The New York Marathon is an annual event that covers 26.2 miles and the average time to complete it, for those participants that make it to the end, is over four hours.  It is a grueling testament to the endurance, resolve and strength of those that can see it through.  This year’s marathon is set to take place on Sunday, and when it does a Trussville resident will be running for a purpose.

Amy Griffin is no stranger to beating the odds.  In 2003 she received devastating medical news.

“I spent the first 22 years of my life relatively healthy, but on September 11th, 2003, I ended up in the Emergency Room,” said Griffin. “Later that month I was diagnosed with Wilson’s Disease, a disease where copper is retained in the liver instead of being expelled. On October 1st, I was checked into the University of Michigan Hospital, where they have one of only six Wilson’s Disease Clinics in the world. By the end of the month the doctors realized that I wasn’t getting any better and my liver was failing.”

“On Friday, November 7th, 2003, after a few days of talking about a possible liver transplant and clearing it through insurance, I was placed on the UNOS transplant list. I was in the number one spot. Four days later, on November 11th, we were told that there was a liver available, and that evening I went into surgery. What was supposed to be a 6-10+ hour surgery was four and a half hours and everything fit perfectly.”

Since the successful transplant Griffin has gotten married, had two children, graduated from UAB with a degree in accounting, found meaningful employment with Region’s Bank and taken up running.

“I have two small children now and I decided that I needed to get healthier,” said Griffin. “In December 2015 I completed my first official 5k in Homewood. I then thought that I should do the Mercedes Half Marathon, which was symbolic to me because my surgical incision is called the Mercedes-Benz. I completed my first half marathon at Mercedes Marathon Weekend in 2017 despite stepping in a pothole and spraining my ankle during mile 5.” 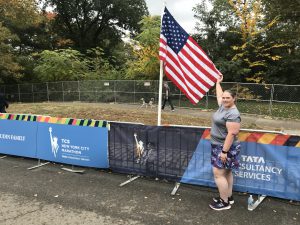 To Griffin the running is about even more than testing her limits and pushing beyond them.  It is a way for her to honor the donor whose gift saved her life.  It is also a way for her to support the important work of raising awareness and facilitating organ donations.  Her participation in this year’s New York Marathon attests to such.

“I tried to get into the NYC Marathon via lottery, but like the other 90 percent of applicants I was not chosen,” she said. “I then decided to partner with the American Liver Foundation because it was the closest charity to my cause. I raised money by going to local businesses and asking friends and family to donate. Marco’s Pizza Trussville hosted a two- night fundraiser for me and I also had LuLaRoe and Paparazzi fundraisers throughout the year.”

“I have always loved New York City and the NYC Marathon is one of the World’s Majors,” Griffin continued. “I thought that it was fitting to pay tribute to my donor on the 15th anniversary of my liver transplant in a place that I love doing something that most people only dream of being able to do.”

After New York this marathon runner has no plans on slowing down.

“For the future, I just want to strive to continue becoming a healthier me for myself and my family,” she said. “I don’t want the gift of life to have gone to waste due to living a sedative life style. In 2019, I will focus on shorter distances, 5ks & 10ks, so that I can build up speed and endurance. I’m hoping to eventually be able to run a 5k without having to stop to walk. In January 2021 for my 40th birthday I hope to go to Disney World and participate in Marathon Weekend and complete the Dopey Challenge -it involves a 5k on Thursday, 10k on Friday, half marathon on Saturday, and a full marathon on Sunday.”

“Looking back at the past 15 years, I am very thankful that I have been able to get married, have two children, graduate college, and be able to spend time with my family,” she said. “I am grateful that I have the opportunity to see my children grow and enjoy their lives. I want to continue to raise awareness for organ donation and will look to do some volunteer work with the Alabama Organ Center in the future.”