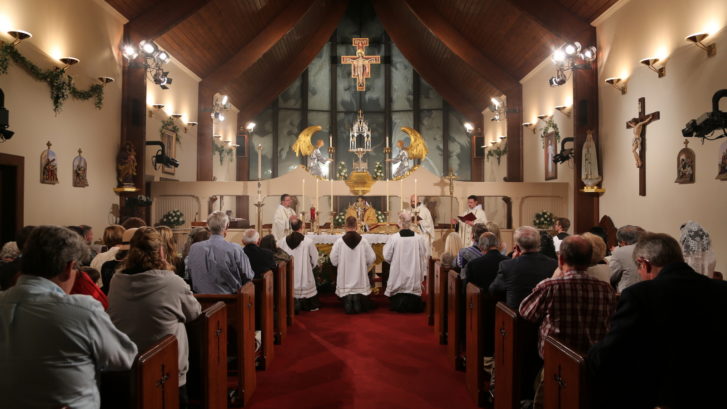 IRONDALE –A live Mass broadcast on the EWTN Global Catholic Network, the largest religious media network in the world, was interrupted by a man screaming profanities on Sunday, according to the Catholic News Agency.

EWTN security personnel immediately removed the man from the chapel and Irondale police responded to the scene, charging him with trespassing.

“We ask that our EWTN family keep this individual in their prayers,” EWTN Chairman and CEO Michael Warsaw said in a statement issued Sunday.

The incident occurred during the live broadcast of the 7 a.m. Mass. No injuries were reported.