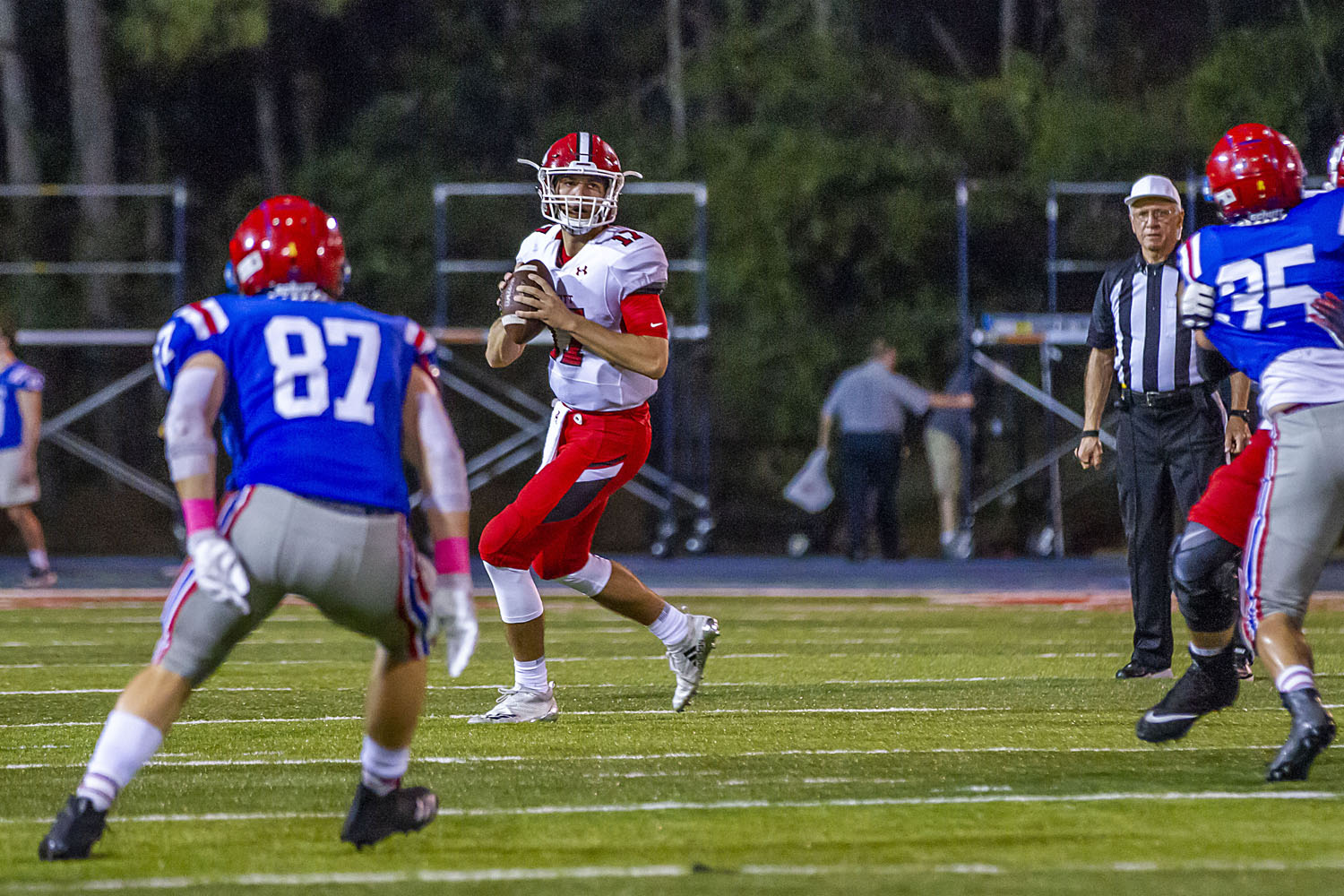 TRUSSVILLE— The last time Hewitt-Trussville stepped on a football field they were in complete shock as they saw their early 28-0 lead slip away from them as they fell to Thompson 63-49 in their regular season finale.

That loss put them as the number four seed in their region heading into the playoffs. Now that the playoffs are here, the Huskies still have a chance to accomplish the ultimate goal of winning their first ever state championship, the road is just a bit more difficult as once hoped.

The Huskies still favor well in their matchup this week against James Clemens. The two teams have faced each other three times with the Huskies winning two of the matchups.

The Huskies high powered offense comes in averaging 41.3 points a game behind quarterback Paul Tyson’s 2,681 yards through the air and 27 touchdowns. Receivers Ja’Varrius Johnson and Dazalin Worsham have done their part as they account for 2,261 of Tyson’s yards with 1,449 receiving yards for Johnson and 812 for Worsham.

There is a steady balance for the Huskies with the rushing attack as well. Tailback Armoni Goodwin has rushed for 1,360 yards and 14 touchdowns. The talented sophomore has carried the load for the Huskies in the backfield this season and looks to keep the motor running as his team enters the playoffs.

The Jets come in with a 7-3 record with all seven victories coming in region play.

The keys to victory will come from the defensive side of the ball for the Huskies. They gave up 63 points in their last matchup in three quarters. A defense that gives up 25.5 points per game will have to cause chaos for the Jets and disrupt the offense that averages 39.1 points per game if they look to advance.

The Huskies are ready to take that bitter disappointment from their regular season finale and turn it into a playoff victory and take the first step towards a state title run.

Kickoff is set for 7 p.m. from Madison City Schools Stadium.