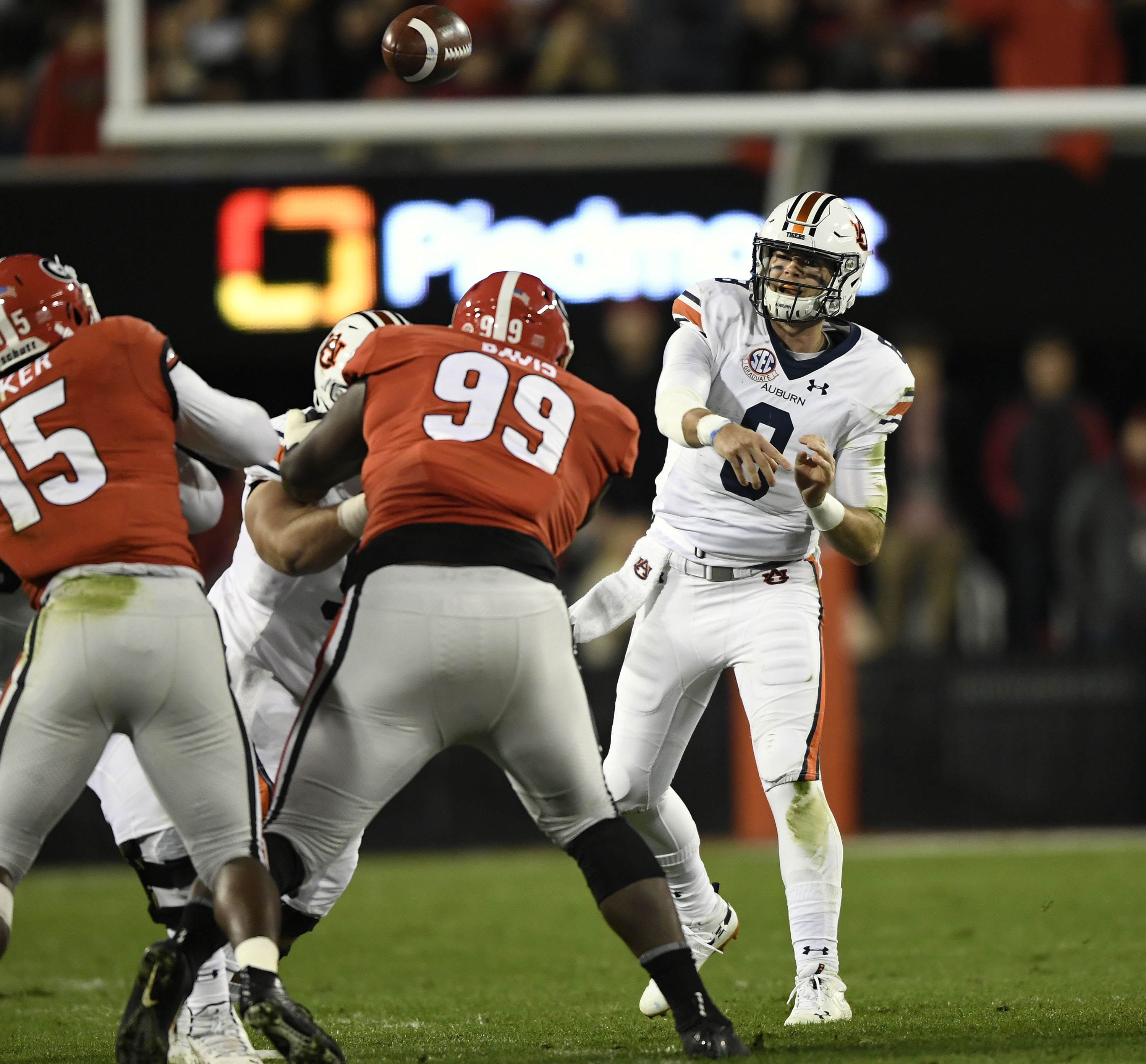 Jarrett Stidham throws the in the first half. Photo by Todd Van Emst/AU Athletics

ATHENS, GA. –Playing against a Top 5 opponent Saturday night, Auburn jumped out to an early lead and looked to play the part of spoiler, but Georgia proved to be too much as the Tigers dropped a 27-10 decision on the road.

Georgia scored first with an early field goal, but Auburn responded on the next drive with an eight-play 75-yard drive that was capped by a touchdown pass from JaTarvious Whitlow to John Samuel Shenker. Whitlow, the team’s starting running back, lined up in the Wildcat formation, rolled to his left and found Shenker in the back of the end zone for the score.

For Shenker, it was his third career catch and first career touchdown. 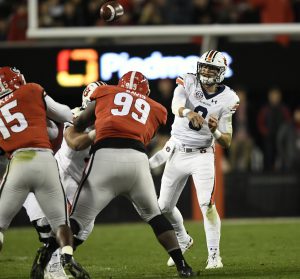 Jarrett Stidham throws the in the first half.
Photo by Todd Van Emst/AU Athletics

On the same drive, Auburn senior Ryan Davis made his 154th career reception and passed Courtney Taylor as the program’s all-time leading receptions leader. Davis set a new career-high with 13 receptions in the game for 72 yards. He’s now caught a pass in 24 consecutive games, the most since Ricardo Louis had a 24-game streak from 2013-15.

Davis and quarterback Jarrett Stidham also made history together Saturday as they became the most productive pass tandem in Auburn history with 141 completions, passing Pat Sullivan and Terry Beasley (1969-71).

The Auburn defense also started strong, making a pair of goal-line stands on Georgia’s first two drives that forced the Bulldogs to settle for field goals. It was the ninth time this season the Tigers have held their opponent with a touchdown in the first quarter.

After Georgia’s second field early in the second quarter, Auburn answered with another solid scoring drive that led to a 27-yard field goal from Anders Carlson, his 12th of the season.

However, the Bulldogs scored a pair of touchdowns in the final three minutes of the first half to take a 20-10 lead in the locker room. And then it was a 77-yard touchdown run from D’Andre Swift early in the fourth quarter that put the game out of reach.