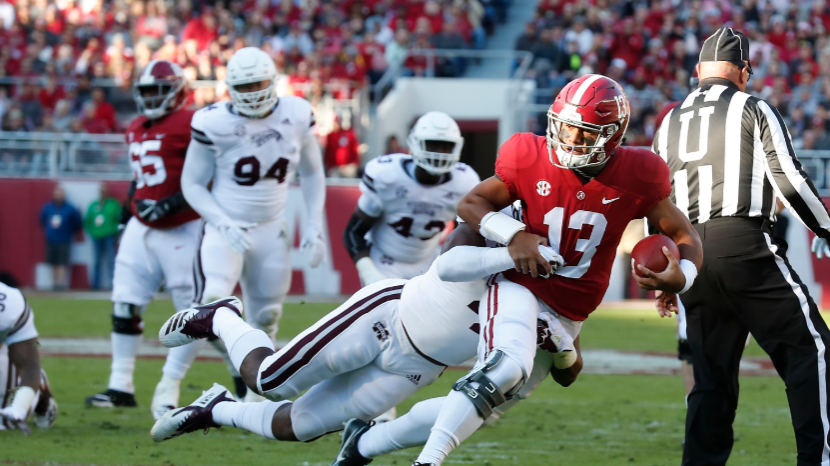 No. 1 Alabama blanks No. 16 Mississippi, for second consecutive shutout

The victory is the 24th consecutive home win for Alabama, tying the school record set from 1971-74. 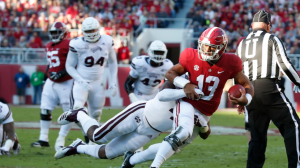 Today’s shutout is the second in a row for the Tide and gives UA back-to-back shutouts for the first time since consecutive 49-0 victories over Western Carolina and Auburn on Nov.17 and Nov. 24, 2012.

The Tide defense totaled five sacks in the game and limited State to just 44 yards on the ground in the win. Sophomore Dylan Moses and redshirt freshman Quinnen Williams led the Tide with six tackles apiece.

“They were 1-of-13 on third down,” Nick Saban said. “We stopped the run pretty well, so I was very pleased with that. Any time you win a game in the SEC, obviously concerned with having an emotional hangover after the LSU game, I think that may be true to some degree, our players need to learn that you have to be able to play every week.”

Alabama has now won 10 games for the 11th consecutive season and the 38th time in school history.

The Tide returns home next Saturday, Nov. 17, for a non-conference game against The Citadel at Bryant-Denny Stadium. Kickoff between the Crimson Tide and Bulldogs is set for 11 a.m. CT.