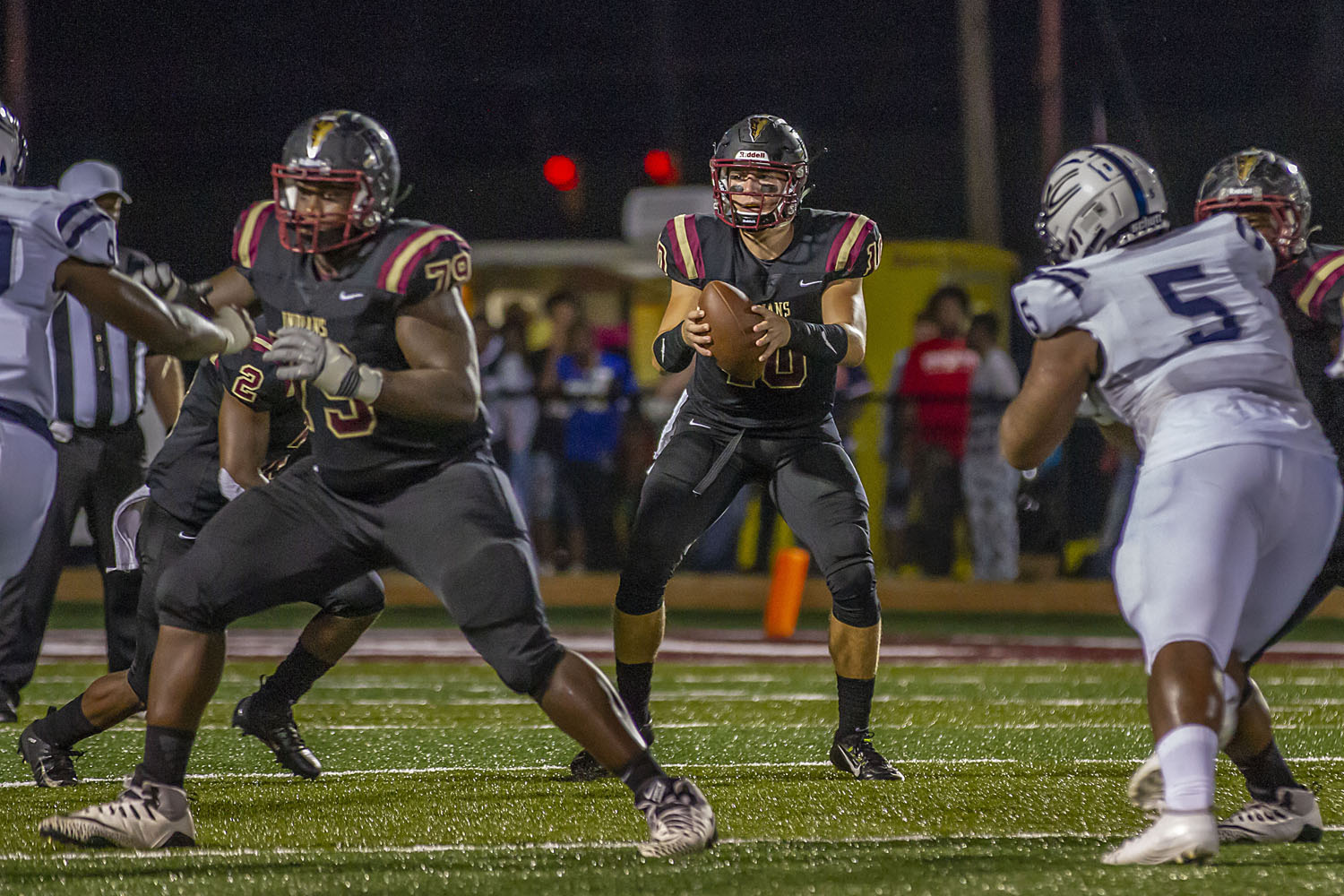 PINSON—Pinson Valley’s first round matchup against Albertville ended as fast as it began as the Indians gained their second straight shutout of the season while holding the Aggies offense to just 63 total yards in the win.

The Indians got the scoring started early as Bo Nix found Damarion Holloman on a 6-yard touchdown pass to give Pinson Valley the 7-0 lead with 5:42 to go in the first quarter. The Nix to Holloman connection would become a major theme in this game.

The Pinson Valley defense flexed it’s own muscles early and often as the very next Aggies drive ended in two plays after Kendall Thornton intercepted Aggies quarterback Isaiah Pankey and retuned it to the Aggies 24-yard line. Two throws later, Nix found Holloman on a 4-yard touchdown pass to give the Indians a 13-0 first quarter lead.

After forcing Albertville to punt again, the Indians began their next drive on the Aggies 42 yard line. Pinson Valley took just four second into the second quarter to add to their lead as Nix found Holloman for their third straight touchdown connection to extend the lead to 19-0. Kenji Christian added the Indians only rushing touchdown on the night as he busted open a 16-yard touchdown run. The Indians lead 26-0 late in the second quarter.

The Aggies only attempted nine passes all game and two of them were intercepted. The second interception ended in a pick six as Dorian Henderson caught a deflected pass and returned the interception 25 yards for another Pinson Valley touchdown. The Indians would add one more touchdown in the half as Nix would find Holloman for a fourth touchdown on a 36-yard pass. The Indians would take a 40-0 lead into halftime.

As for that stingy defense, the unit had two interceptions to go with giving up just 63 total yards of total offense, keeping the Aggies to an average of just 1.5 yards per play. When I asked Pinson Valley head coach Patrick Nix about his defense facing a wing-T offense for the first time all season Nix said, “I feel good about our defense every week when we walk out. They’ve played good all year. We’ve blown some shutout opportunities but thank goodness these last two weeks we’ve been able to hold on to them.”

Pinson Valley will take on Muscle Shoals next week in round 2 of the 6A playoffs.