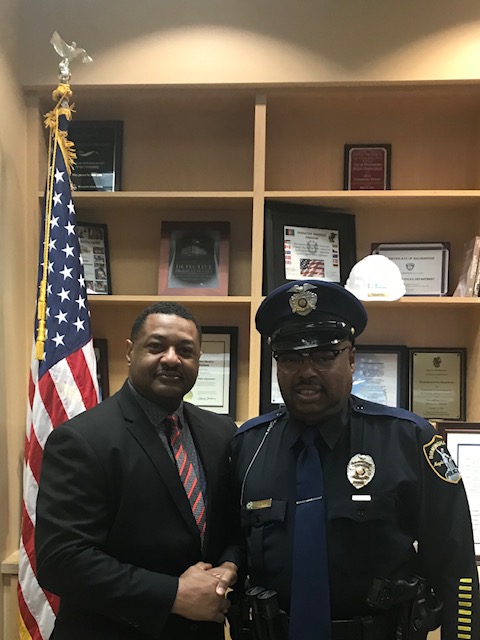 Birmingham – The Birmingham Police Department is the first police department in Alabama to rehire under the state’s rehire program for retirees.

Assistant Birmingham Police Chief Allen Treadaway was instrumental in working to ensure the legislation was in place to provide this service for the public and retired officers that wish to return to law enforcement. 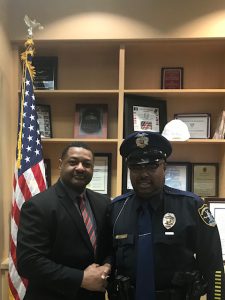 Officer Lawrence Billups became the first officer rehired under the plan and will start his tour of duty on Monday, November 12, 2018.

“I’m excited to return and I look forward to returning to work with the public,” he said.

“Combined, if all are successful, will add an additional 71 officers to our patrol and detective operations,” said Birmingham Police Chief Patrick D. Smith. “The Birmingham Police Department is on the move by using creative hiring practices and ensuring our officers have the resources to perform their duties.”

Since his arrival, Smith has implemented several operational plans for the overall department and restructured the patrol work schedules to better meet the needs of the citizens. All laterals indicated they were attracted to the BPD 4 day 10 hour work scheduling plan.