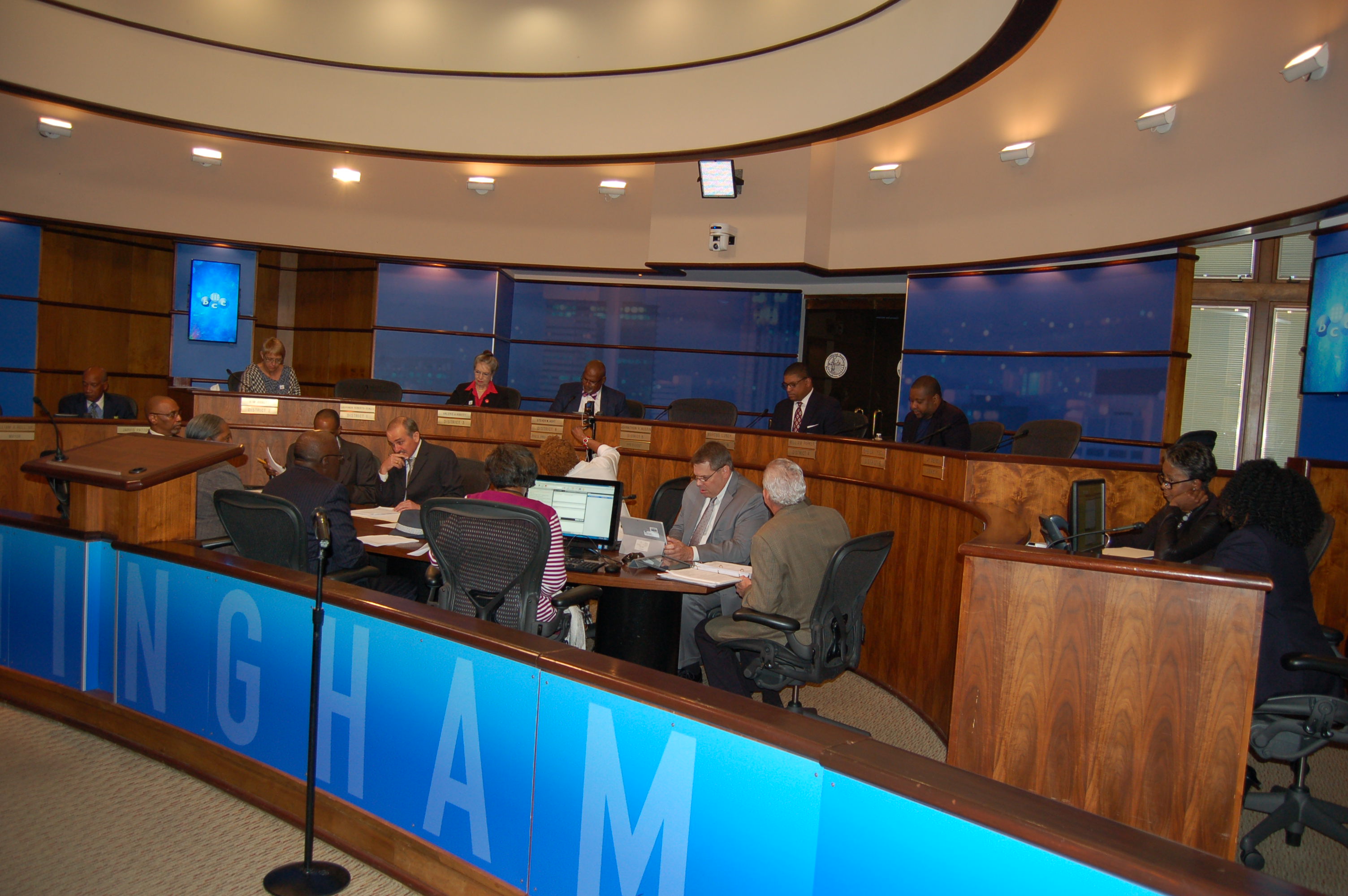 BIRMINGHAM – Today the Birmingham City Council and Mayor Randall Woodfin bid farewell to Councilors Sheila Tyson and Lashunda Scales, both of whom will be sworn in as Jefferson County Commissioners on Wednesday.

“I want to thank them for their service and for being part of the collective effort to make this city the best it can be,” Woodfin said. “I wish you the very best and look forward to working with you in your new roles as county commissioners.”

“I stand before this Council with a grateful heart,” Scales said, during her heartfelt remarks to the council on Tuesday. “I’m very grateful for the gift god has given me to be a voice for the people for nine years. To the residents of District 1: Thank you for believing in my leadership. You will always have a voice in me. City of Birmingham residents, you too have a voice in me. Many have said, ‘why does she talk a lot.’ Well, you don’t pay an attorney to go sit silently in front of a job. My job is to speak up for my district and this city.”

Scales was first elected to the Birmingham City Council in 2009, when she beat a field of four other candidates, including the incumbent, to become the first African-American representative of her district. She thanked her family and all those who have helped her in both her career and private life.

“My grandmother always said ‘you’re either gonna keep running to find a better place to live, or you stand up and fight for where you live now.’ That always stuck with me and that’s what I think about when I’m fighting for those who put me in office,” Scales said before reciting Maya Angelou’s poem, “And Still I Rise.”

The councilors took turns speaking to Scales from the dais, expressing their gratitude for her hard work and service to the city.

“This is truly an awesome day,” Councilor John Hilliard said. “I am happy for you. Your voice should be ringing all over the world. You are a model for black women in Birmingham. Your skill set has surpassed where you were. Now you can impact people all over the world. I have learned that your voice is truly for the people you represent. I’m going to miss you. I look forward to us continuing to work together.”

Tyson also had some parting words for her colleagues and constituents. “Y’all know I don’t talk a lot. I can’t do nothing but be serious because when you’re looking at people every day and see all this negativity and damage in the communities, it’s hard not to be serious about it,” Tyson said. “I was a community activist before I got up here. I used to come up here fighting y’all and trying to get things done. I do want to make sure I send a big hug and thanks to everyone I’ve worked with here.”

Tyson said that among her proudest moments were getting the ball rolling on the development of Larkway Gardens, a senior living facility, and also bringing on a healthcare facility in District 6. As a Commissioner, Tyson said she will continue to fight for Cooper Green and indigent patients in need of access to healthcare.

Councilor Steven Hoyt gave some parting remarks to both Tyson and Scales as the meeting wound to a close. “I have the same respect for you that you’ve shown to each of us. I served with you as a neighborhood officer and I got to serve with you on the Council,” Hoyt said to Tyson. “I know District 6 is in a better place because you represented them…. These are two women who are going to change the trajectory of Jefferson County for the good. That spirit of hard work cooperation has helped this city and we are all better for having worked with them.”